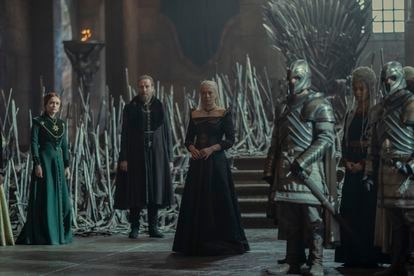 It wasn’t a battle, but it was. It was not because there was no reason to have a loser and a winner, the triumph (and failure) of both was possible. But that the first seasons of the house of the dragon Y The Lord of the Rings: The Rings of Power issued in parallel put it on a platter. Now that he has completed the journey back to Middle-earth and Westeros and both series have completed their first seasons, which one has won in terms of buzz?

Although both have been indisputable successes for their respective platforms, and both HBO and Amazon Prime Video have wanted to express it in official communications, the notes are usually closer to the marketing that of the actual information. On Tuesday 25, after concluding the first season of dragon house, HBO Max assured in a press release that it is already the most watched title on HBO’s video-on-demand services in Spain, ahead of the last season of Game of Thrones. On the one hand, it is logical if one takes into account that, most likely, the platform will have more subscribers now than then. On the other hand, how many viewers are those? More vague data that gave that note: “the house of the dragon premiered to the highest number of viewers of any new original series in HBO history and the best series launch on HBO Max in the US, Latin America and Europe.” It did include a figure: the 10 episodes achieved an average of 29 million viewers in the United States adding the broadcast on the cable channel and on the platforms. These are figures close to the 33 million that averaged the penultimate season of Game of Thrones, as the specialized media points out vulture. HBO has not specified viewings worldwide.

With the start of The Lord of the rings also Prime Video sent an official statement. Then, after having posted its first two episodes, the platform assured that the series had gathered more than 25 million viewers around the world on its first day of broadcast, “breaking all records to date and becoming the most important premiere of Prime Video history.” Platform officials told Variety days before the end of the season that was on its way to 100 million users, to which must be added those who were waiting for it to end to start watching it, which will add a good number of viewings to both series.

But beyond the data provided by the platforms, they are also Nielsen audit measurements in the United States and that counts the number of minutes watched on television on some platforms. According to their program listings streamingthe rings totaled 977 million minutes in the week of September 19 to 25, while dragons they reached 1,008 million minutes in the same period. The last chapters of the HBO series did not drop from that figure, as detailed vulture. It must be taken into account that this measurement does not include reproductions on devices other than television, nor does it count viewings on linear television, which for the house of the dragonbroadcast in the US also on HBO, is a considerable figure (approximately a third of its viewings) and, therefore, this would be the winner in audience in its country of origin.

Another interesting fact is that measured by the company Parrot Analytics, which focuses on the demand for a program on the internet, taking into account factors such as noise on social networks or legal and illegal downloads. A report of this company Which collects Los Angeles Times shows that The Lord of the rings it had an average demand 30.5 times higher than that of the American series in its first 30 days. dragon house, For its part, it multiplied that figure by 55 in the same period. At certain peaks, the HBO series generated more than double the demand of Prime Video. Once again, this data does not give a total vision of the situation, it is more an indicator of the interest in the series, of the noise that is generated around it, than of actual viewings. But it does serve to answer the question of who has been more relevant during its broadcast.

In short, it is clear that both have been a success and that there are rings and dragons for a while. Of course, for now we will have to wait. While The Lord of the rings filming of its second season has already begun, those responsible for HBO invite you to be patient for the new installment of the house of the dragonwhich will not arrive until at least 2024.

Rings vs. Dragons: Which Series Has Won the Battle of Relevance?