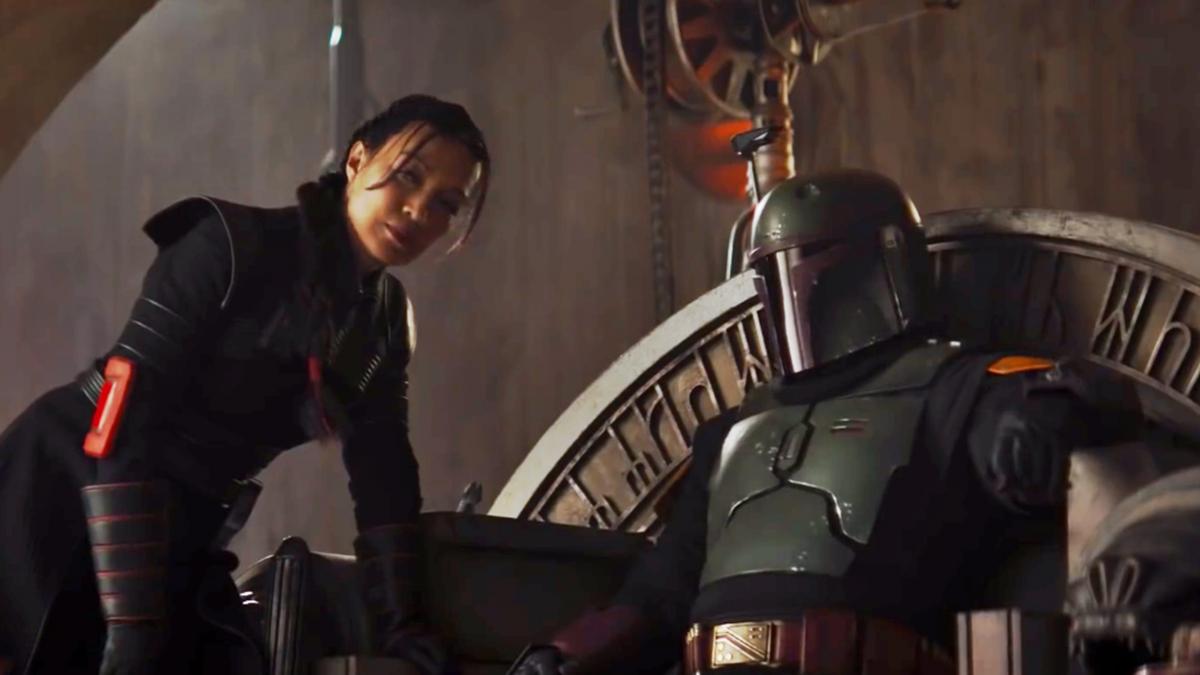 We begin our adventure with The Book of Boba Fett following the iconic Star Wars character in his conquest of the criminal empire of Jabba the Hutt.

More than a year we have waited since season 2 of The Mandalorian announced in that already mythical post-credits scene the new series of Star Wars in real action: The Boba Fett Book.

Temuera Morrison and Ming-Na Wen they become the protagonists of their own series, where Boba Fett y Fennec Shand They intend to take control of what was the criminal empire of the infamous Jabba el Hutt.

Following the imminent forced withdrawal of Bib Fortuna In the aforementioned post-credits scene, Boba Fett’s book will get us into the ins and outs of the galactic underworld like never before.

Today we start this adventure with Stranger in strange lands, the first episode of the series, which comes under the direction of Robert Rodriguez, and with a script of Jon favreau.

We go with our criticism of the episode, but not before reminding you that, except in the final section, where we will warn otherwise, we will not have spoilers for the episode.

Without being a precedent, let’s start with “the bad” that we found in the episode. We put those quotes because, although we are going to give it a negative connotation, being inspired by something that works is not a bad thing, properly speaking.

And is that Boba Fett’s book, at least in its first episode, has to deal with the long shadow of The Mandalorian, something that is noticeable in each shot and that is evident when having a large part of the same team.

The western notes of the episode and the always impeccable soundtrack of Ludwig Göransson They help to perpetuate that feeling.

It’s one area where The Boba Fett Book isn’t going to offer much, visually. However, at the narrative level the story changes.

YOU’VE BEEN WAITING FOR THIS

While the premise of The Book of Boba Fett is the intention of becoming the crime lord of Tatooine (with a very feudal japan name, by the way), the series will offer much more.

If Jon Favreau has specialized in something, Dave Filoni And now Robert Rodriguez is the take the fan service and give it a twist so that it fits perfectly into a story.

Think of everything you’ve been hoping to see since we saw Boba Fett in Star Wars Episode V: The Empire Strikes Back and in Return of the jedi. You got it? Well, the series promises to give it to you, in spades.

In fact, this episode is going to focus more on the past than the company Boba and Fennec have ahead of them. Nevertheless, the balance between action and story is perfect, in our opinion.

ATTENTION: From this point we are going to speak with spoilers of some details of The Book of Boba Fett. If you have not seen the episode, we recommend that you stop reading.

Tatooine is one of those Star Wars planets whose criminal population seems to outnumber the normal population, and in The Boba Fett Book they won’t bother to hide it.

The main plot is going to show us the first days of Boba as new Daimyo from Tatooine, with criminals and local personalities paying homage (or not) to the new crime lord.

The action sequence of Fennec Shand and Boba against the Raiders is fantastic, and makes it clear that the Star Wars series is not going to be too fussy, although will honor your +12 rating.

We review the internal chronology of the Star Wars films to find out how much time elapses between each of the productions in the saga.

Our theory is that the robbers are part of the mayor’s “delegation” after that unfortunate first encounter of his butler with Boba. Will he be the biggest rival of the season?

We have missed some more time from the Sarlacc escape scene. It didn’t take much more, but we wouldn’t have wasted 30 seconds or one more minute.

We can guess that part of these flashbacks that we will see in the series will narrate the coexistence of Boba Fett with the Tusken bandits, although probably in the future they will also narrate his encounter with Fennec (assumption).

I can’t tell if that creature that Boba fights with when they were digging for water is one of those ‘sands demons‘from Tatooine. Without doing an intensive search I am not able to remember these creatures, but if you put a name, indicate it in the comments section.

We take a look at some of the Star Wars characters who have been the target of fan anger and hatred for years for different reasons.

Broadly speaking, it is an introductory episode, and it covers that great void that hung over Boba Fett since he fell into the Sarlacc in Star Wars Episode VI: Return of the Jedi.

The series promises, a lot, and if it manages to remove, a little, that resemblance to The Mandalorian, you will earn points for offering a fresh perspective.

What did you think of it? Do you think it holds the bar for The Mandalorian as a live-action Star Wars series?

Review of The Book of Boba Fett 1×01: Stranger in Strange Lands, now available on Disney Plus