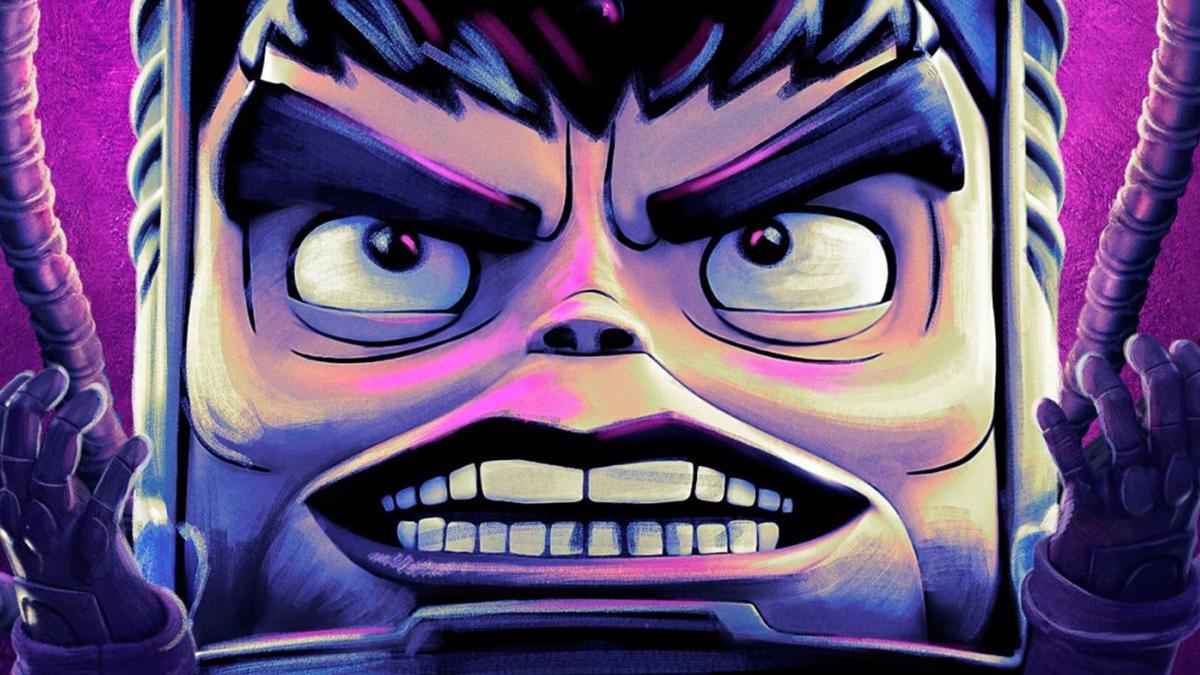 We bring out the villain that we carry inside (or not so inside) with MODOK, the new Marvel series with stop-motion animation that comes to Disney Plus that will expand our heads. Let’s see what impressions the first episode has left us.

Despite Marvel studios has a careful and planned path laid out for the new television series set in the Marvel Cinematic Universe that have begun to reach Disney Plus, What Scarlet Witch and Vision, Falcon and the Winter Soldier or soon, Loki, there are still some vestiges of the “ill-fated” Marvel Television.

MODOK It is one of the series that was left hanging when Marvel Television was absorbed internally by Marve Studios and a large part of its projects were canceled. However, the adult animation series focused on the iconic and big-headed marvel supervillain went ahead with a great job behind it.

This Friday the first episode of MODOK. We have already had the opportunity to see it, so we tell you what we thought in our review of MODOK 1×01.

It does not matter how many times we see productions in stop-motion, the immense work behind each of his frames will always fascinate us. MODOK extols the laborious style of animation we’ve enjoyed in films like Chicken run, farm escape, The caveman or Nightmare Before Christmas, to cite a couple of examples.

The mere fact that this style of animation has been chosen is already an incentive to be able to enjoy MODOK on a visual level, along with the “comic” style that has the design of many characters, such as the iconic minions of AIM, with his characteristic yellow protective suit with the flat helmet, the same that some theorized to have seen in Scarlet Witch and Vision.

ANIMATION FOR ADULTS BEAST, BUT CONVENTIONAL

Unlike most Marvel productions today, whose content meets Disney’s “Family Friendly” guideline, MODOK is a adult animation series that we can compare, saving the distances, with other products such as Rick and morty or Solar Opposites, or to continue with the simile of belonging to a franchise with a very different general tone, Star Trek: Lower Decks. In that respect, it looks like a Marvel parody by Robot Chicken.

Despite being riddled with references to MODOK’s iconography within the Marvel universe, the series comes to be a kind of sitcom hooligan where the supervillain must deal with his work directing AIM with his family life, although from the beginning it seems clear what his true priorities are.

Of all the most terrifying and menacing Marvel villains, one group stands out easily, putting the very existence of the universe in check.

In that regard, MODOK has nothing to envy to other series of the genre, but neither does it really contribute anything new, beyond the marvelite theme.

AN ISOLATED PRODUCT, ALTHOUGH INTERESTING

Roughly, MODOK is a series that will make you spend some nice moments with the mischief and situations in which this supervillain is involved in their day to day. It is a series separated from the Marvel Cinematic Universe, since, as we have mentioned, it comes from the old Marvel Television projects, so that you can see it without having the “need” to have seen certain movies or series before.

However, it will bring some perspective to know the character from the comics, although in reality the series does not rely so much on the vignettes and pecks at some concepts inherent to the Marvel character.

It has been many years already exploring the Marvel Cinematic Universe and, therefore, seeing the nemesis of the heroes emerging to try to end them either directly or indirectly.

They are short chapters, 20-25 minutes, perfect for watching in dead spaces or doing a marathon when the series is complete in the catalog of Disney Plus.

The last vestiges of Marvel Television arrive with MODOK, a stop-motion adult animation series with sitcom overtones where the Marvel villain must deal with the midlife crisis while trying to lead his evil organization.

Stop-motion animation and beast humor with touches of the Marvel theme that takes us away from what is established by the UCM.

At the plot level we are not going to see absolutely anything new, at least in this episode.