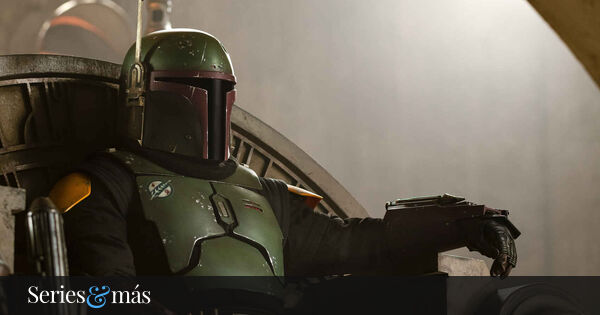 The second season of The Mandalorian supposed the reunion of all fans of Star WarsBoth from those who were disappointed by his latest trilogy and those who defended it tooth and nail. There was almost total unanimity in emphasizing that, at last, the galactic universe had found a way to tell a new story, without falling into cheap and reactionary nostalgia. A series that displayed new plots without forgetting the universe to which they belong but without having to constantly refer to it. There were new characters, others that had been seen in the animated series, but above all there was a new hero, charismatic and we wanted to know more about.

In that brilliant second season the nods to the original trilogy, obligatory since the events occur after the end of Return of the jedi, they came in the form of dos cameos. The most important is that of Boba Fett, the bounty hunter who put Han Solo in a carbonite slab and who, supposedly, we fired in the mouth of a sarlaac in Episode VI. His arrival in the Mandalorian universe worked, and Disney did not miss the opportunity to give him a new series just for him.

The move is successful. The character of Boba Fett is known to the old guard of Star Wars fans, but not so much to the new generations, and he has never been a character who has been very interested in his history, where he came from or where he was going. Nonetheless Jon Favreau has once again taken over as showrunner of The Boba Fett Book, second original series of the Star Wars universe on Disney + which premiered its first episode this Wednesday, December 29.

Boba Fett and Fennec Shand in ‘The Book of Boba Fett’, the new Star Wars series on Disney +.

After seeing this first installment one is left with mixed feelings. On the one hand, the scent of western that I already had is repeated The Mandalorian, and it is achieved that between winks to the original trilogy – that canteen that will make more than one tear fall – the new story is penetrating. He is a pilot who puts the first pieces of his plot puzzle, but does not make it clear where he wants to go.

Two narrative lines intertwine. The first picks up the plot where it left off The Mandalorian, with Boba Fett replacing Jabba the hut as chieftain of Mos Espa, seated on his throne and with his right hand, the murderer Fennec Shand. A hostile territory where it seems that the mayor will not extend his hand as they expected. It is emphasized that Fett wants to exchange “Jabb’s reign of terror for respect”, but there is not much more to tell in this pilot. It’s not particularly spectacular either, and the fights aren’t as flashy as those in The Mandalorian. Fennec Shand looks much more of a warrior than Boba Fett, and there is no secondary to Baby Yoda’s charisma.

The second narrative line comes in the form of flashbacks And that’s where the series unfolds a more mysterious plot that answers the question that all Star Wars fans ask themselves, How the hell did it escape from the mouth of that huge creature until it appeared in The Mandalorian? The memories of the bounty hunter are the narrative excuse to develop an origin story that will explain where the character has been all this time and, hopefully, understand how he got here. A classic mechanism that we hope will gain strength from the following episodes.

Definitely, to this first episode of The Boba Fett Book he lacks epic and some nerve to hook, but he also deserves a vote of confidence, see where their creators want to go, what they want to tell and if they have something new to offer or just want to exploit the goose that lays the golden eggs of The Mandalorian and the Star Wars universe.

• Review: ‘Encanto’, a beautiful musical film with which Disney transports you to Colombia

• Review: ‘Those wonderful years’, this is how a classic is reimagined, the Disney + series is a yes

• Criticism: ‘Hawkeye’ closes the season on Disney + as one of the best Marvel series

Review: ‘Boba Fett’s book’ isn’t ‘The Mandalorian’, but it deserves a vote of confidence