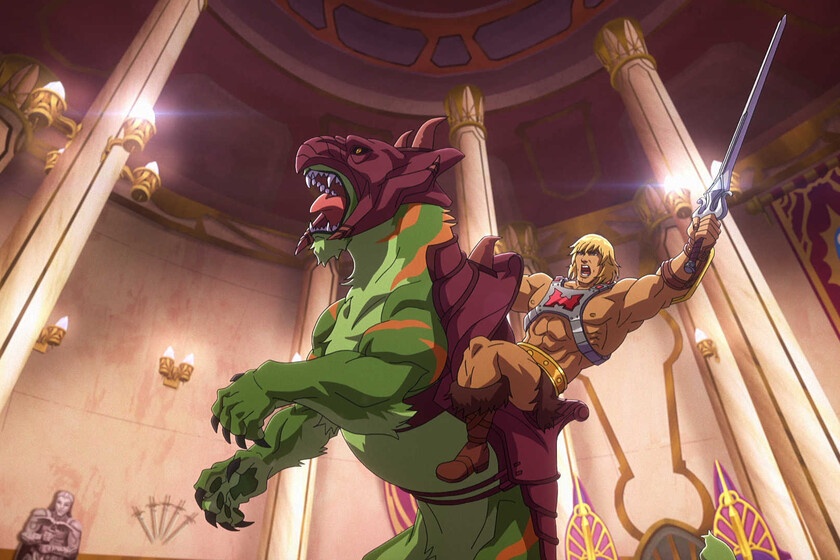 New Friday and new edition of our streaming premieres section. After reviewing the movies, if we do not feel like going, we have many things within reach of a couple of clicks, taps or buttons on the remote. So we are going to review the 47 series, films and documentaries who arrive this weekend at Netflix, of the movie, HBO Spain, Amazon Prime Video, Movistar +, Disney+, Apple TV+ Y Atresplayer.

Not to be confused with the new season of ‘Red Sky’ (badabumts), this film presents us with a “vampires on a plane” as the horror proposal. Directed by Peter Thorwarth, who has also co-written it with Stefan Holtz, Peri Baumeister, Kais Setti, Alexander Scheer, Dominic Purcell y Graham McTavish conforman su reparto.

Kate Beckinsale stars in new action movie from Amazon Prime Video embodying a woman with powerful killer impulses that she has under control. However, when his partner is found murdered, he embarks on an overwhelming mission of revenge.

Much promises the new take on He-Man and company from the hand of Kevin Smith. The premise stems from the disappearance of the Sword of Power and all the catastrophic consequences that this entails for a fragmented Eternia and the future of the Universe.

First documentary in the ‘Music Box’ series in which Garret Price narrates “the day the 90 died” through the history of the Woodstock 99 music festival. What was intended to emulate the idealistic and countercultural spirit of the 1969 festival was twisted to the point of various riots, looting and sexual assaults.

Ted Lasso is back doing what he does best: cheering us on. And this second season the Apple TV + series grows as it opens the focus to be slightly more choral while, in addition, it becomes more introspective when it comes to examining both Lasso and the rest of the components of the Richmond. A powerful demonstration that it was not a flower of a day. Or of a season.

You already know that every Friday you have an appointment not on our website but in your mailbox. In Espinof file, our weekly newsletter, we talk about some of the series and movies that we have been most passionate about in recent weeks, whether they are recent releases or hidden gems in huge catalogs.