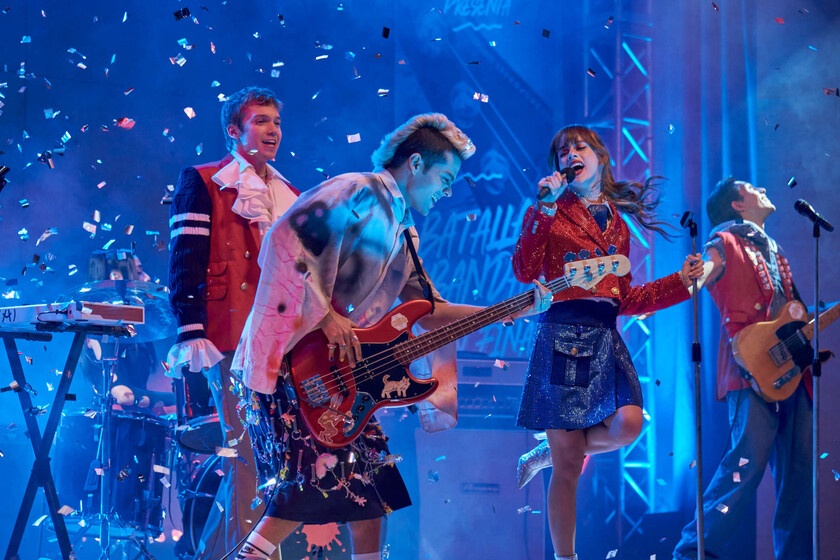 It seems that it already smells like camel and as we wait for the great climax of the Christmas holidays we are going to do our weekly review of the premieres on platforms. Specifically, 52 series, films and documentaries that arrive from today until Sunday at Netflix, of the movie, Amazon Prime Video, Movistar +, Disney+, HBO Max, Starzplay Y Apple TV+.

Elodie Young stars in this drama that follows the story of a doctor who will cross the American continent to the United States to obtain treatment for her son. Things get complicated and she will find herself in the service of a mobster, who hires her to clean up the crime scenes that his men provoke.

Based on the graphic novel by Cece Bell, the animated children’s series stars young Cece, who at an early age loses her hearing. Soon she will find her inner superhero who will help her come to terms with what makes her extraordinary.

The always solid Inma Cuesta and Roberto Álamo star in this horror film centered on a family that lives happily apart from the rest of society. Your peace of mind will be disrupted when a wild creature appears.

Revival of the famous Mexican series, which in turn came from Argentina, we meet a new generation of students who enter the prestigious Elite Way School, a direct gateway to success not without envy and salsa.

George Clooney’s new film as director takes us to a Long Island bar, which becomes the second home for a young orphan. With the help of his Uncle Charlie (Ben Affleck), this young man decides to pursue his dream of becoming a novelist.

A great heir to the mythology of Larry Fessenden’s Wendigo, between the post-crisis American Gothic and the sordid fairy tale with a great creature, which comes from the hand of Guillermo Del Toro and Nick Antosca. A remarkable and atypical horror film from a large studio that will appeal to fans of ‘Until Dawn’

‘What we do in the shadows’

I don’t think I’m going to tire of recommending one of today’s fittest comedies whose first two seasons are now coming to Disney +. A true gem that makes heartfelt humor with these vampiric roommates as they attempt to dominate Staten Island. Whether only because of Colin Robinson or because of Laszlo’s adventures, fiction provides moments of falling to the ground laughing.