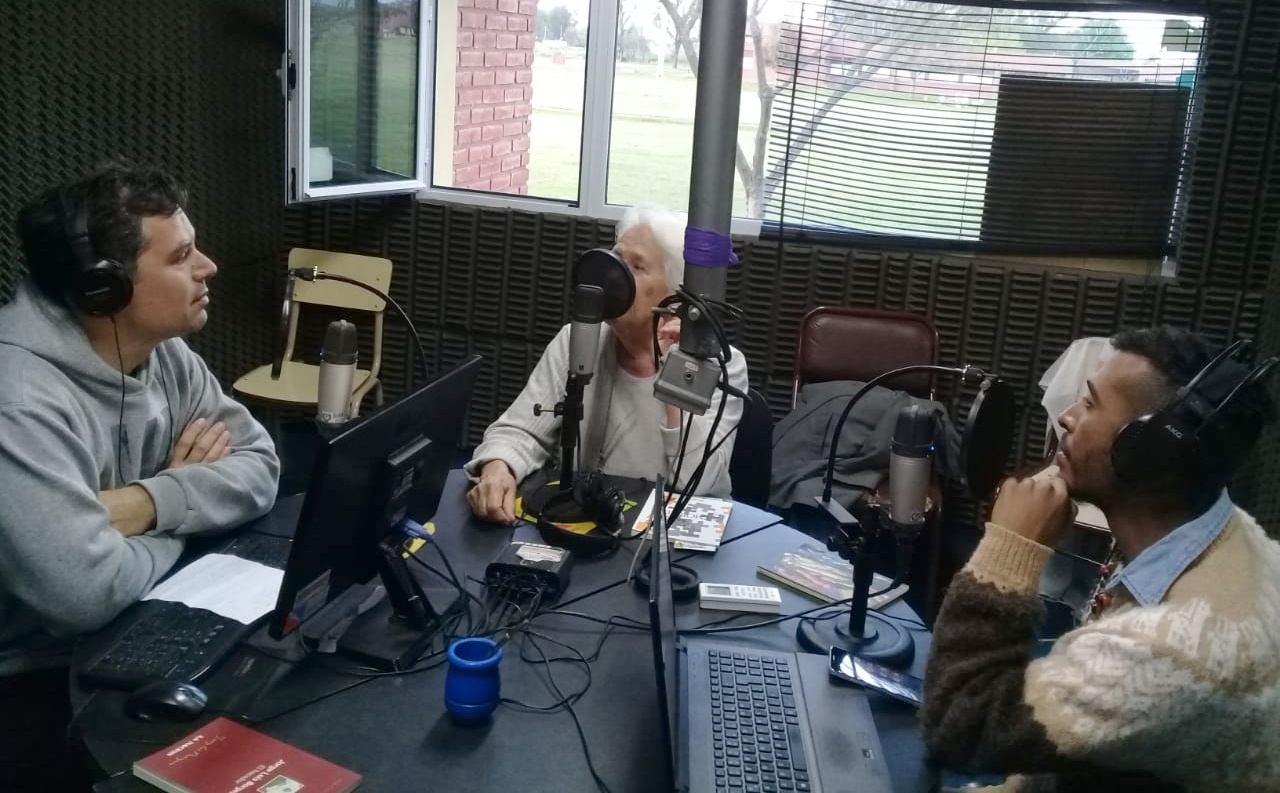 The literary micro “With all the letters” was distinguished as “Best Cultural Literary Program on radio” by the National Prize “Faro de Oro”. The program led by Matías Verna is broadcast on Wednesdays at 7:30 p.m. on Radio Universidad FM 90.1.

With four years of uninterrupted broadcasts, the program “With all the letters”, in which interviews are conducted with writers and writers from our country and highlights the work of small publishers and authors and authors from the city of Olavarría and the region, received the distinction as “Best Cultural Literary Program on radio” in 2021, awarded by the National Prize “Faro de Oro”.

“With all the letters” is broadcast every Wednesday at 7:30 p.m. on Radio Universidad FM 90.1, the public medium administered by the Faculty of Social Sciences (UNICEN). It was born as a column within a program of Radio Universidad 90.1 and since 2018 it became a literary micro.

With the impulse of Matías Verna, its current host and producer, and Jonatan Salazar, who was part of the initiative during the first years, the purpose is to spread different literary genres, do interviews with writers and writers and “federalize, because we are in the center of the Province of Buenos Aires and sometimes it costs a lot to get to the Capital ”, defined Verna.

“With these four years we have put together a beautiful journey, more than 100 writers have passed who joined with the interviews or leaving their voice to tell us a poem or a fragment of a novel or story and little by little in addition to enlarging the agenda of contacts is also expanding the sound file of the Faculty “, added the host of” With all the letters. “

“We attach great importance to independent publishers that do an ant job and excellent productions that later when you go to see the book on paper you see all the love and dedication there is from all these people who are all over the country trying to spread the greatest number of voices, ”added Verna.

He also expressed his gratitude to the Faculty of Social Sciences for the “possibility they give for there to be more plurality of voices and opinions.” Programs are available here.

Finally, regarding the distinction of the National Prize “Golden Lighthouse”, Verna said that it is an “incentive, it is an injection to say that we are doing things well and that it makes you want to continue.” He also thanked the collaboration of the entire team that makes up and is part of Radio Universidad FM 90.1. The Faro de Oro awards are a distinction given to radio and television programs as well as sports personalities and national entertainment figures. The National Gold Lighthouse Award organization is sponsored and declared of National Interest by the Ministry of Tourism and Sports of the Presidency of the Nation; and of permanent Tourist and Cultural Interest by the Municipality of General Pueyrredón.