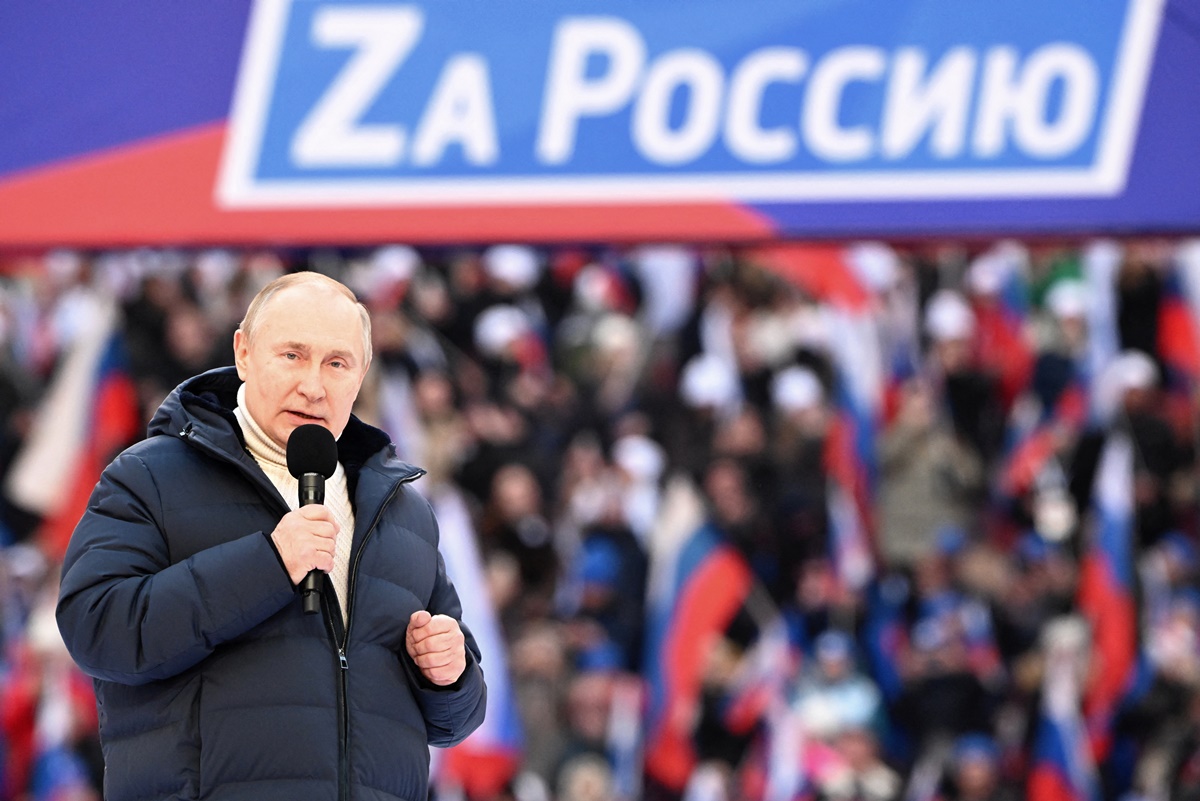 Russian President Vladimir Putin suddenly disappeared from television on Friday in the middle of a speech during a major concert in Moscow to celebrate the annexation of Ukrainian Crimea in 2014.

Putin was praising the heroism of the Russian soldiers deployed in Ukraine, before tens of thousands of people in a stadium, when suddenly the chain of Russian public television Rossiya-24 it began to show other moments of the same event, official speeches and popular songs.

Fifteen minutes later, television resumed the broadcast of the Russian president’s intervention on a delayed basis.

Earlier, Putin accused Ukraine of “delaying” the negotiations to end the conflict and estimated that its leaders have “unrealistic” requests, during a conversation with German Chancellor Olaf Scholz.

“The kyiv regime seeks by all means to delay the negotiation process, presenting proposals that are unrealistic,” the Kremlin said in a statement summarizing the conversation between the two leaders.

Dmitri Peskov, spokesman for the Russian presidency, told the press that the meeting between the two officials was “hard”.

He also added that the Russian president will speak with the French head of state this Friday afternoon.

Peskov considered it premature to talk about the agreement that the two countries could reach. “I can say that the Russian delegation is showing the willingness to work much faster than is being done at the moment… Unfortunately, the Ukrainian delegation is not ready to speed up the negotiations,” he explained.

A former Kremlin adviser, Arkadi Dvorkovitsh, one of the few Russian officials who criticized the offensive in Ukraine, resigned from the directorship of a public economic foundation, the institution announced on Friday.

“Arkadi Dvorkovitsh decided to leave his functions as president of the Skolkovo Foundation and concentrate on educational projects,” the entity dedicated to technological innovation, the Russian equivalent to Silicon Valley, said in a statement.

Deputy Prime Minister from 2012 to 2018, the 49-year-old Dvorkovitsh is also the current president of the International Chess Federation, a sport in which Russia maintains notable influence.

Since the start of the Russian military operation in Ukraine on February 24, this former Kremlin adviser is one of the few official voices in Russia to have publicly criticized the hostilities in Ukraine.

“Wars are the worst thing a person can face in life. All wars, all over the world. Wars don’t just claim priceless lives. They also kill hopes and aspirations, paralyze or destroy relationships and bonds. Including this war », he stressed.

“My thoughts are with the Ukrainian civilians,” he added in an interview with the American media outlet Mother Jones, specifying that Moscow “had started” the conflict in Ukraine.

Quoted in the Skolkovo Foundation statement, Arkady Dvorkovitch did not explain the reasons for his resignation.

In the same statement, the chairman of the Skolkovo Foundation’s board of directors, Igor Shuvalov, argued that it was “impossible” under “current circumstances” for Dvorkovitch to combine this role with that of FIDE head.

Arkadi Dvorkovitch remains chairman of the supervisory board of Rosselkhozbank, a major public bank.

A senior official in Vladimir Putin’s party, Andrei Turchak, had called on Thursday for Dvorkovich’s dismissal from the Skolkovo Foundation, accusing him of being “on the side of the enemy” and against the interests of the country.

Putin suddenly disappears from television in the middle of a speech