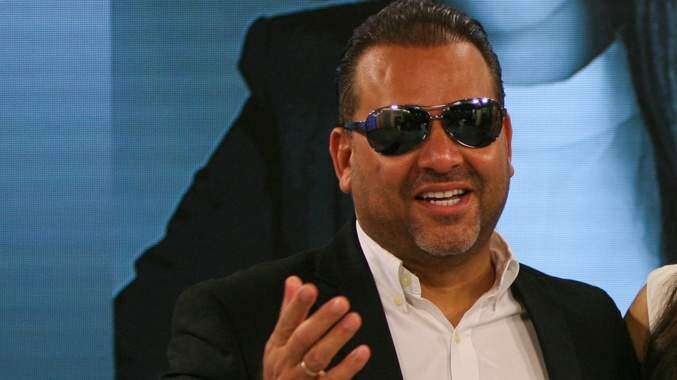 The Federal Prosecutor’s Office filed a motion after the producer made expressions on television and social networks about his case, and today he scheduled a hearing.

The Federal Prosecutor’s Office confirmed in a hearing today, Thursday, that the motion that had been filed in the case against producer Sixto Díaz Colón, known as Sixto George, was filed for violating the gag order, after he made statements about his case on television and on social networks.

In turn, the Prosecutor’s Office confirmed that they could use expressions from this week as evidence against the accused because “they align with the modus operandi” that they exposed in the accusation.

However, Díaz Colón’s lawyer, Rafael Castro Lang, said that the allegations of violation of the order are “totally unmerited”, although he pointed out that he would ask his client to refrain from making more expressions because “I do not want more controversies” .

The motion that had been filed was sealed. A hearing on the matter was scheduled for July 11.

On Tuesday, NotiCel first published a transcript, contained in an order from Judge Francisco Besosa, which acts as evidence in the case against the producer and is part of a conversation that Díaz Colón had on July 16, 2019 with the former secretary of Public Affairs, Anthony Omy Maceira Zayas, in which, in exchange for money and public contracts, he offers the puppeteer Antulio “Kobbo” Santarrosa to speak in favor of the then beleaguered ex-governor, Ricardo Rosselló Nevares.

Santarrosa distanced himself from the conversation and denied that he received money in exchange for the content of his program, La Comay, while Díaz Colón described the information as a lie and alluded to a contract he made with Rosselló Nevares on February 24, 2020 to through the company Bee Media to make a documentary about the Summer of 19 from the perspective of the former president, who was the first to resign from office in the constitutional history of Puerto Rico.

But Díaz Colón also made posts on his Facebook profile.

“The gag is for everyone. Does the federal system filter lies? I’m going to defend myself”; “Corrupt federal agents and prosecutors, filtering noise and garbage but not filtering the entire conversation,” were some of the expressions he made in the texts in which he also called the judge “Tito revocation” and mentioned the prosecutors in the case by name. “Put on a wig and compete with La Comay,” he said, calling himself “a David of modern times.”

Precisely, expressions on Facebook generated Díaz Colón the first order to show cause for violating the gag order that the prosecution filed in March 2021 when the case was before the now appeals judge, Gustavo Gelpí.

On that occasion, Díaz Colón assured the judge that he would refrain from publicly commenting on the case, so Gelpí resolved the prosecution’s request only with a warning “any future expression will result in contempt of court” and reminding him that the prosecution You are free to use any public statement you make as evidence against him.

The case had a follow-up hearing today that had been scheduled since before the judge issued the order in which he published the transcript and denied Díaz Colón’s request to edit it and to dismiss the charges of attempted extortion, interstate extortion through threat and obstruction of justice by destroying the Telegram messages that he exchanged with Maceira Zayas and that are part of the evidence in the case.

In that hearing today, the date of the trial against the well-known producer was scheduled for December 5.

Some of the expressions of Díaz Colón in social networks in the last hours: 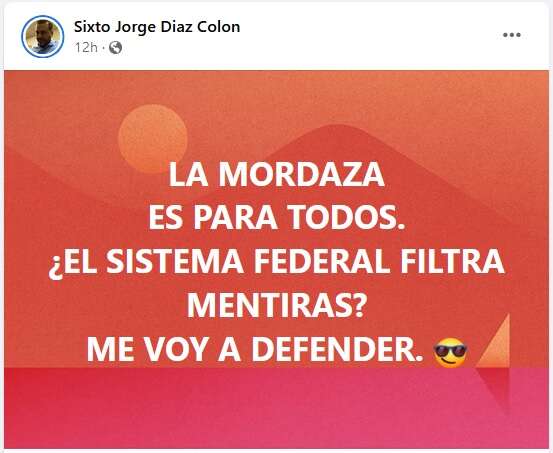 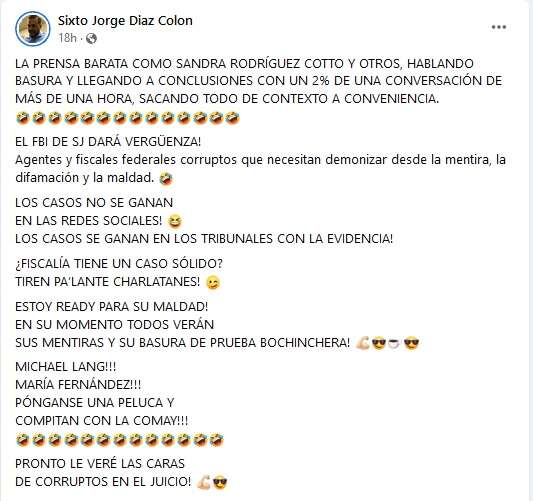 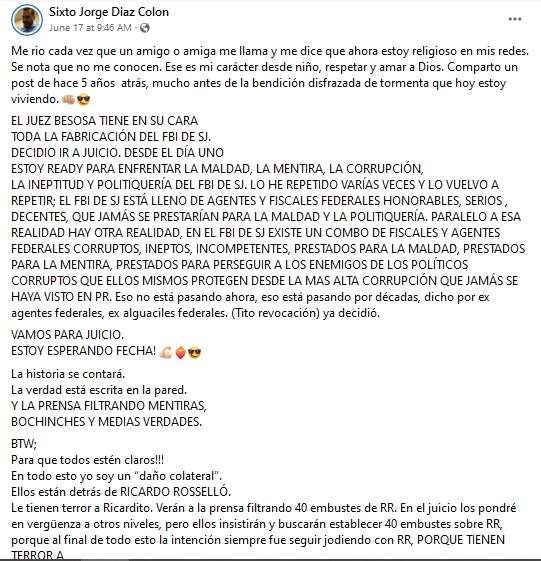 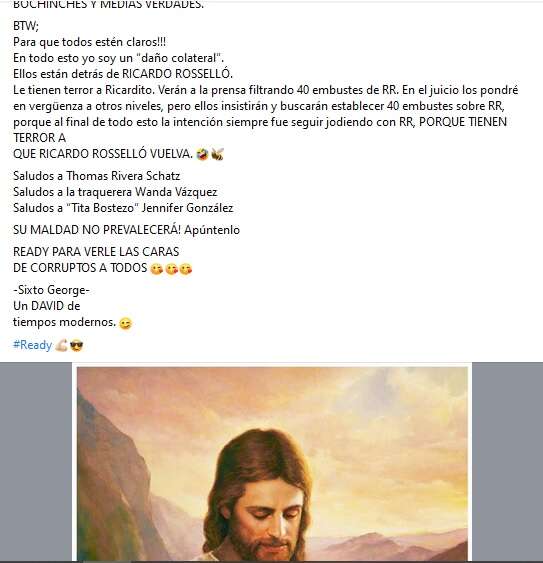 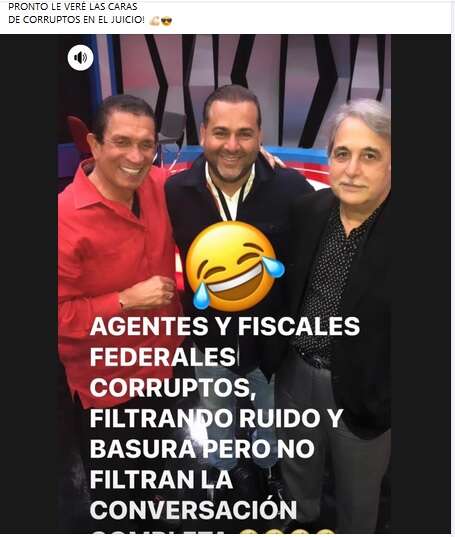 Prosecutor warns expressions of Sixto George would be used against him