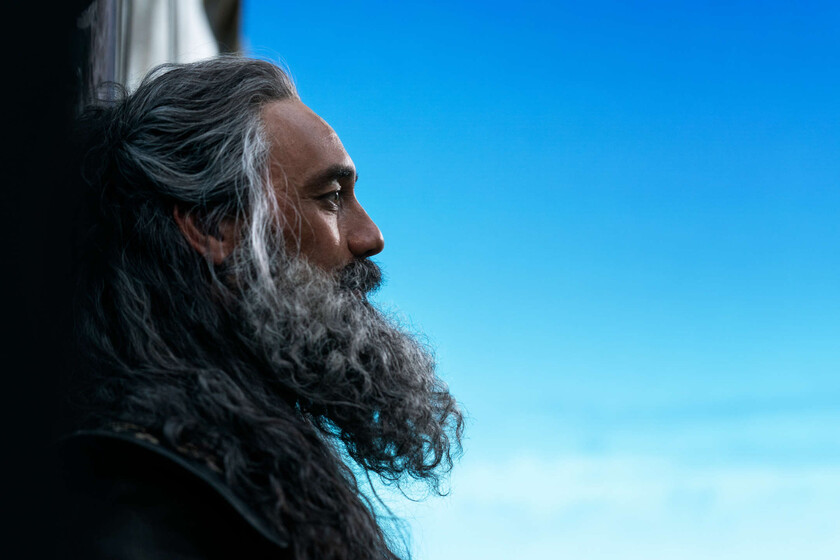 Ash Wednesday and Lent is less Lent with movie and TV premieres. Like every week, it’s time to review the 73 series, movies and documentaries that arrive from today until Sunday on Netflix, HBO Max, Filmin, Prime Video, Movistar Plus +, Disney +, Starzplay and Apple TV +.

A weekend that we have interesting news such as the animated spin-off of ‘The Boys’the arrival of Steven Spielberg’s last show or the new adventures of the captain Jean-Luc Picard.

Animated anthology that explores the universe of the always thug and violent ‘TheBoys‘. Uncensored and supervised by Eric Kripke, each episode will have its own animation style.

Series starring a genderfluid millennial who, when about to leave for Berlin to start from scratch, will be forced to stay behind to take care of the family.

From the mind of Taika Waititi comes his new comedy. This time we have a pirate starring Rhys Darby as Stede Bonnet, a wealthy aristocrat who decides to go on an adventure through the dangerous seven seas.

Toni Collette heads up the new Netflix miniseries. A thriller starring a young woman in her thirties who embarks on a journey across the United States to explore the most secret and darkest side of her family.

Dramedy that satirises the haunted house subgenre. Courteney Cox stars in this series as a writer’s block who moves with her family into a run-down mansion. She there she will run into a ghost who will become her muse.

‘Super Pumped: The Battle for Uber’

After being delayed a few days, this anthology arrives that will be dedicated to delving into the ins and outs of some of the most powerful startups of the century. On this occasion, Joseph Gordon-Levitt stars in the story of ambition and greed that moved Uber and placed it as the great mobility alternative.

Jamie Dornan stars in this series that promises a lot of action with the story of a British man who finds himself chased in the great Australian desert by a huge truck. After waking up in the hospital and with no memory of who he is, the man sets off in search of answers.

Cate Blanchett, Rose Byrne, Uzo Aduba, Tracey Ullman, Sarah Paulson… an absolutely brilliant cast stars in a sophisticated and vibrant miniseries that delves into the generation of feminists of the sixties. A portrait of the struggle of that time with better performances than script.


You can have these and more recommendations in your inbox with ‘Espinof File‘, in which every week we take turns to talk about those series and movies that we are most passionate about in recent times.