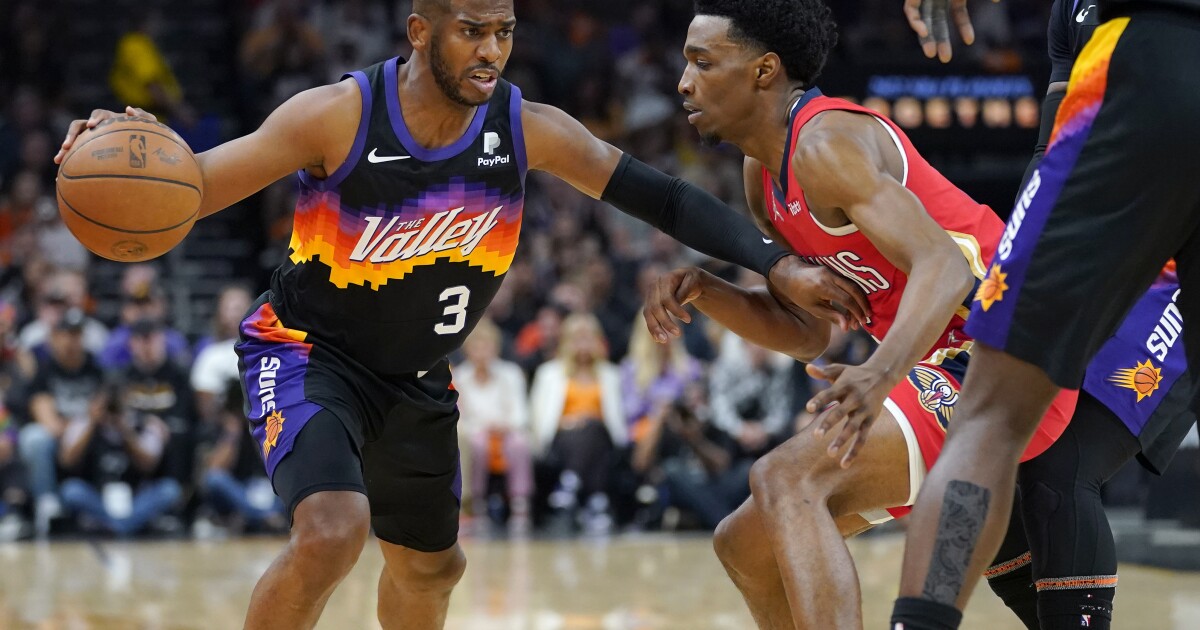 Chris Paul scored 19 of his 30 points during a brilliant fourth-quarter offensive display, and the Phoenix Suns beat the New Orleans Pelicans 110-99 on Sunday in Game 1 of their first-round playoff series.

The Suns, first in the West, needed a great performance from Paul despite dominating much of the game. The Pelicans overcame a slow start and cut a 23-point deficit to 79-71 after three quarters.

New Orleans kept scoring in the fourth quarter, but that’s when Paul took control of the game with three 3-pointers and a layup in a span of 2 1/2 minutes to keep the Pelicans at bay. The veteran will turn 37 this postseason if the Suns go far enough, but he continues to defy the test of time.

Paul has never won a championship, narrowly missing out on the Suns last season when they lost to the Bucks in six games in the Finals.

The second meeting is Tuesday night in Phoenix.

The Suns went 47-0 in the regular season when they led after three quarters. They are now 1-0 in the playoffs.

Devin Booker, who finished with 25 points, hit a 3-pointer on the first possession and the Suns never trailed, using intense defensive work to quickly take control of the game. Phoenix led 53-34 at halftime and forced the Pelicans to shoot just 11-of-49 (22%) in the first half.

CJ McCollum led the Pelicans with 25 points but struggled with his shooting for much of the game. He finished 9-for-25 from the field. Jonas Valanciunas added 18 points and 25 rebounds and Brandon Ingram had 18 points.