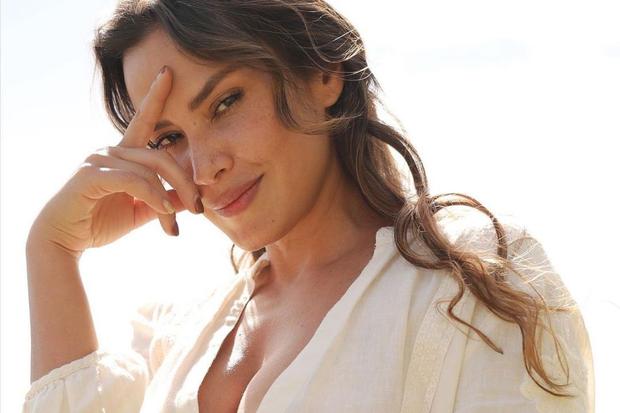 Since some years, Katherine Porto She has stood out as a great actress and television figure. Now, as the villain of the second season of the successful telenovela “Passion of Hawks”, his name has once again been highlighted on screens. In a recent interview, the Colombian artist talked about her experience giving life to the evil Romina Clemente and she commented on some aspects that she does not like about this role.

MORE INFORMATION: How is Romina, the character of Katherine Porto in season 2 of “Pasión de gavilanes”

Find out what he said Katherine Porto about the decisions and actions of his controversial character.

In an exclusive interview with the magazine “People in spanish”Porto spoke about his participation in the telenovela “Passion of Hawks”, that transmits Telemundo. The participation of the artist has not left anyone indifferent, since the interpretation of this perverse character has earned her the recognition of the spectators.

It is so Katherine Porto was consulted about the violence it exerts Roman about his son Duvan (Jacob Montalvo), whom he constantly mistreats. Although the actress confessed that she did not judge her character as a performer, her reaction changed when she saw Gracious from her perspective as a mother.

“As an actress I did not judge her, I looked for reasons for her to behave as she does and mistreat her son as she does and thus be able to make a character from the truth of Romina, that her anger and her feelings were believable. That is my job as an actress: to give life and not judge the characters.” he pointed. “As a mother that I am, I did judge her a lot. It hurt me to read those scenes of abuse and it made me sad with some scenes”the actress continued.

Likewise, he regretted that these cases of domestic violence are not limited to fiction, since he recognizes that it is a reality that many children live today. “What seemed even sadder to me were the stories that women who identified with Romina told me because they treated their children like that”he indicated.

MORE INFORMATION: The real voices of “Fiera restless” and the other musical themes of “Pasión de gavilanes”

HIS RELATIONSHIP WITH JACOBO MONTALVO

When asked about her work with Jacob Montalvo (who gives life to Duvanher son in fiction), the actress reported that recording the abuse scenes was very difficult at first.

“I always asked director Rodrigo Triana: ‘Should I say this?’ And he reminded me that this was what made her Romina, so I listened. As the days went by I began to have fun and have a lot of fun with Jacobo and we agreed to make them as believable as possible”he stated.

In addition, she highlighted the talent of the young actor and admitted that she was proud to share roles with him.

“I was very lucky to work with a boy like Jacobo, he is very curious, talented and very willing to work as a team, to listen and we understood each other very well. We studied each scene and played, we agreed on everything and you can see the result. A child does not think about egos, only about having fun and acting”, the Colombian said.

Finally, the interpreter shared a little anecdote about what it was like to work in the company of Montalvo: “Jacobo studied every gesture of Romina and when he greeted me he always used a ‘Romanesque look’. And so he did with everyone. He always filled us with laughter on set”he concluded.

MORE INFORMATION: Why Ruth Uribe really will not appear in “Pasión de gavilanes” 2

ROMINA IN “PASSION OF GAVILANES”

Roman She is the antagonist of the second season of “Passion of Hawks”. She is an ambitious and immoral woman who, since the beginning of the story, has made life impossible for Jimena (Paola Rey). This, in order to be able to be with Óscar Reyes (Juan Alfonso Baptista) and keep her wealth. Hated by many of the viewers, she has also shown her insensitivity in relating to her son. Duvan (Jacobo Montalvo), whom she mistreats and forces him to accompany her in her misdeeds.

WHO IS KATHERINE PORTO?

Katherine Porto is a Colombian actress and television presenter. Born in Cartagena, the artist has worked in series, soap operas, movies and various television programs.

His first appearance on TV was in 2004 with the successful Colombian series “La viuda de la mafia”. In 2016, she participated in the telenovela “Hasta que la plata nos separe”, where she played Susana Rengifo. In the year 2008 she participated in “Mujeres assassinas”, in the role of Sandra.

HOW TO WATCH “PASSION OF GAVILANES”?

The 188 episodes of the first season of “Passion of Hawks” are available in Netflix. Also, the second part of the successful soap opera can be seen in the United States through the signal of Telemundo.

If you are in the USA, you can also watch the episodes online, on the same page of television. You will be able to access all the chapters of the second season and access additional material from it.

Passion of hawks: Katherine Porto, are you not happy with your character?