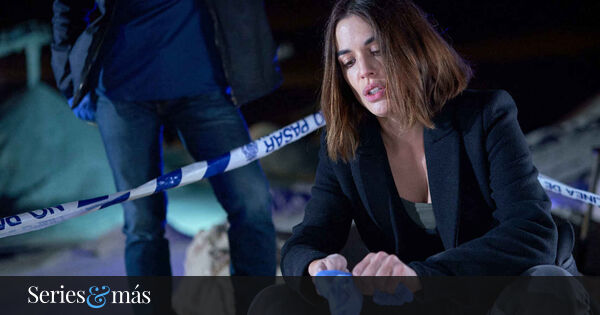 Year 2013. European Court of Human Rights decides that the application of the Parot doctrine violates basic rights. With retroactive character, the reductions in the sentences have that dozens of terrorists, rapists and multiple murderers are released to the horror of Spanish society. That is the starting point of Parot, a thriller series starring Adriana Ugarte, Iván Massagué Y Javier Albala that can be seen in Amazon Prime Video from this Friday, May 28.

The Parot doctrine is the social and political context used by the scriptwriting team led by the showrunner Pilar Nadal (Red Eagle) to build a macabre and sick mystery that is structured in two frames. Shortly after his release from prison, some ex-convicts begin to appear murdered in the same way that they had attacked their victims. The person in charge of investigating the case is Isabel Mora, an apparently perfect policewoman who has never overcome the rape she suffered in her adolescence at the hand of one of those released.


A rapist who cries out for revenge

After achieving the greatest success of his career with The hole, a worldwide phenomenon thanks to Netflix, Ivan Massagué puts himself in the shoes of an atypical serial rapist who does not fit the profile. “Haro is marked by his aristocratic origin, his desire for revenge and a disease that has made him assault more than a dozen young people,” says an actor whom we had seen on television in much kinder records. Nothing remains of the unforgettable Bubble of Boat in your new job. “Playing a villain is a gift that I did not expect”.

To get into the skin of a criminal who cries out for revenge, the actor met with a criminologist and psychologist who had worked with convicts of blood crimes, including Jose Breton, a man who will spend a maximum of 25 years in jail after murdering his two children. “I had many questions for her,” confesses the Catalan. “I wanted to know what they thought, what they are like, what moves them… They all have something in common: they explode when they feel cornered. The rest of the time they treat people as if they were things: you’re shit and i’m god and i’m above it all”. 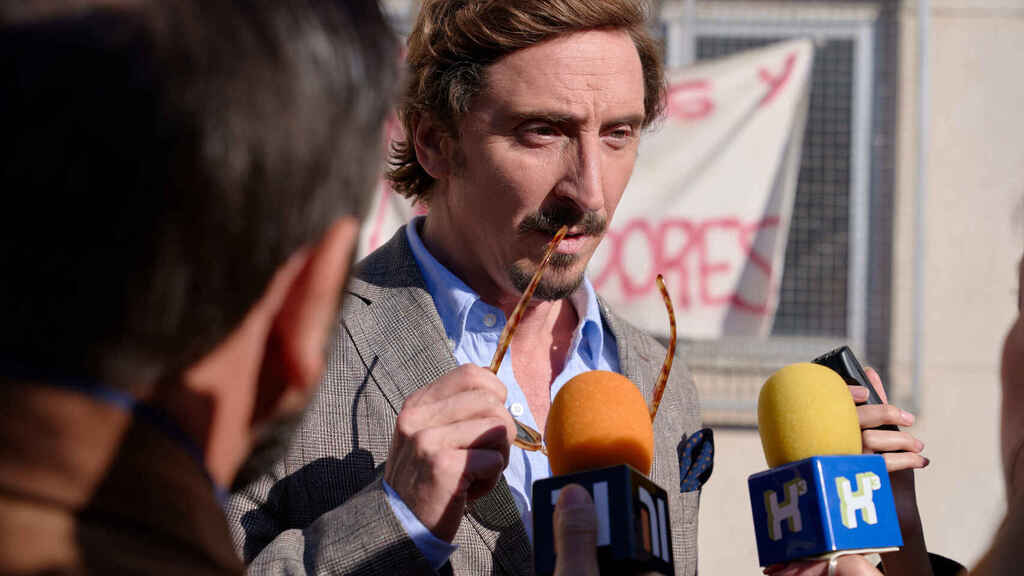 The actor compares them to sharks or the myth of Dracula. “They can be calm, that as soon as they see blood they lose control and feel that they have to act.” After the annulment of the Parot doctrine, the first to repeat offenders were the rapists. Massagué is not clear about his position against reintegration, an inevitable deep dilemma in history.

“It may be a very hippie mentality, but I think that people should not be treated like mice,” the actor ditches after lamenting that our prison system is not more like the Nordic one, betting on a calmer life in the countryside as a reinsertion technique. “I believe that each person is a world and each mentality must be treated in a different way. It makes me think about what Guardiola did, that he knew how to adapt to each of his players ”. 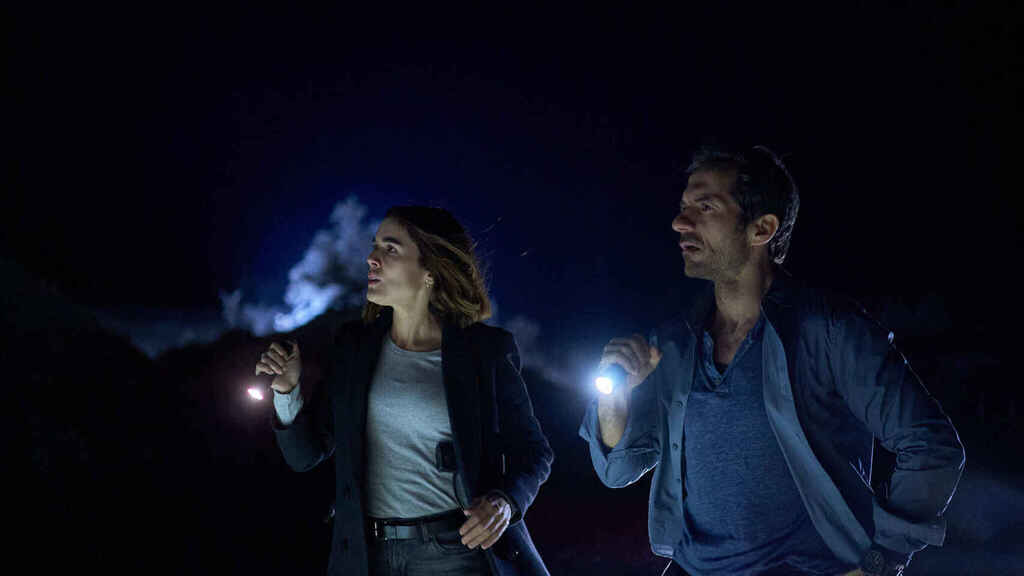 Javier Albalá and Adriana Ugarte are two detectives with a tense and conflictive relationship.

A murderer characterized as a monkey is in charge of executing those freed by the Parot doctrine. Two very different policemen must take charge of the investigation: Isabel, a lover of the rules with a terrible secret, and Jorge, an agent who shares the cause of the criminal he must pursue. “Jorge is a reserved and serious guy,” he explains. Javier Albala, research and discussion partner of Adriana Ugarte in the investigation of the case. “He is a deeper man and with a more empathetic emotional world than he seems. He is angry and believes that the release of the prisoners, in addition to being bad, is detrimental to his work ”.

The actors are aware of the political and social debate that can generate this production in passing through the Amazon platform and, soon, Spanish Television. “I believe that, with the environment and the appropriate tools, the human being can change,” clarifies Albalá, much more open to hope than the taciturn policeman he has had to interpret. For the actor, in a society marked by political, social and economic polarization, “it is a challenge to try to understand that part of society that has such a clear opinion different from yours.”

A history of violence against women

Parot It is also the story of a woman who has not yet overcome the brutal rape that she suffered when she was just a teenager. “Beyond the thriller, the series also tells about the treatment of a trauma. Now we are looking at women from another point of view and the social damage that we have done to each other as a society is being understood. I think it is represented here in a very powerful way, ”insists Albalá about this ten-episode series in which they have collaborated ViacomCBS International Studios, RTVE and the producer OUNCE. 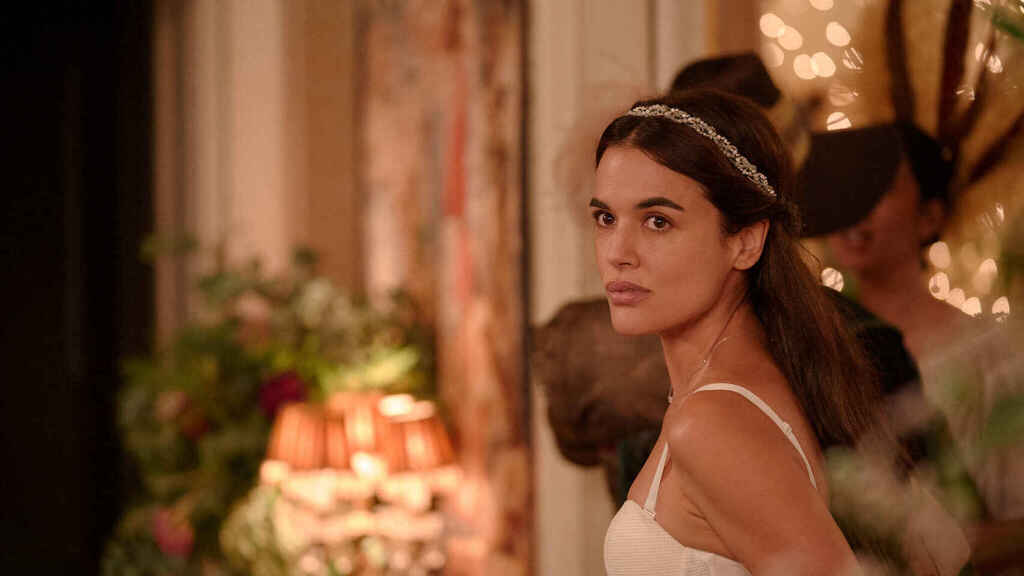 Adriana Ugarte in the flashback that marks the history of ‘Parot’.

That background of violence against women comes to the fore in an uncomfortable flashback which shows in the first episode how the character played by Iván Massagué rapes the adolescent who gives life to a rejuvenated Adriana Ugarte. Parot follows in the footsteps of other recent Spanish series, such as Sunrise, Red sky Y The innocent, what show women being abused. “In our case it is the starting point of the series and we have to tell it”, justifies one of the two protagonists of the sequence. “It is an image that recurrently returns to the protagonist in the form of flashback”.

The filming of these sequences is always unpleasant for everyone involved. “The team is stopped, in silence and with a bad vibes that you do not believe it”, Explains Massagué. “It was something quick because these types of scenes have to be very clear before starting. Everything is talked about, you specify the plans, you don’t waste time and you do it as soon as possible ”. Together with the actors works a weapons master who was in charge of choreographing the fight between the characters. “They gave us keywords to understand when to stop or continue with certain actions. They are rare scenes. Have you or have lived something like this, for a woman to have to shoot a scene like that has to be very fucked up. As an actor it is better to do it quickly and that’s it. Then you can think about the morality of the scene ”. 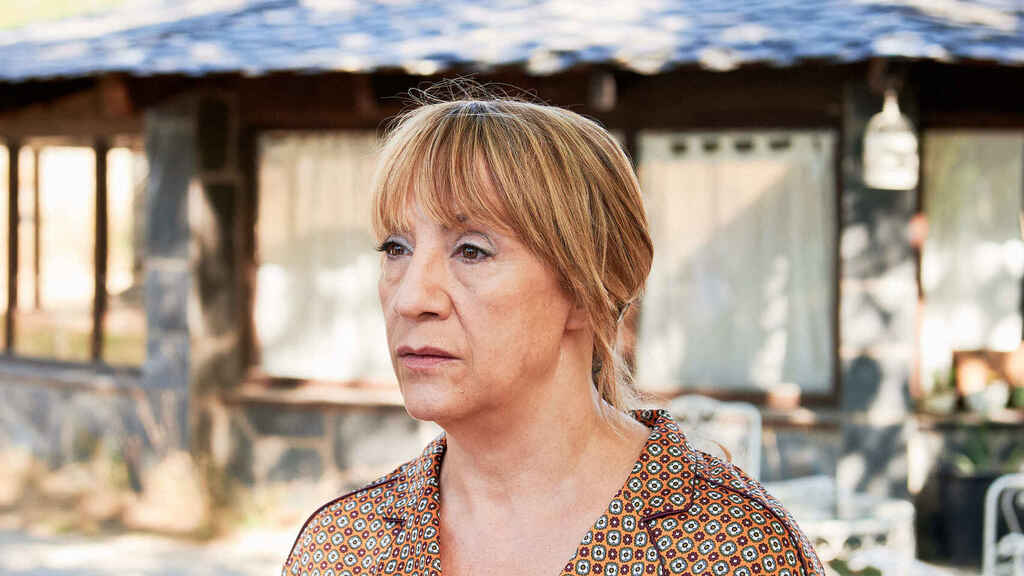 Blanca Portillo is the overprotective mother of Adriana Ugarte in fiction.

In addition to Ugarte, Albalá and Massagué, in Parot also appear Blanca Portillo (Return) Y Nicole wallace (SKAM Spain) as the mother and daughter of the main police officer; Antonio dechent (Intact) as one of the leaders of the Police; Patricia vico (Central Hospital) in the role of a journalist who investigates the truth about the mysterious deaths, and Michel Brown (Passion of Hawks), which gives life to one of the prisoners released by the Parot doctrine.

All ten episodes of the first season of ‘Parot’ will be available on Amazon Prime Video from May 28.

• Amazon announces ‘El Desafío: 11M’, a docuseries about the largest terrorist attack in the history of Spain

• Why you have to see ‘Invincible’, the best Amazon series in 2021 (and more violent than ‘The Boys’)

• What is ‘Nine Perfect Strangers’, the new series from the ‘Big Little Lies’ team that we will see on Amazon