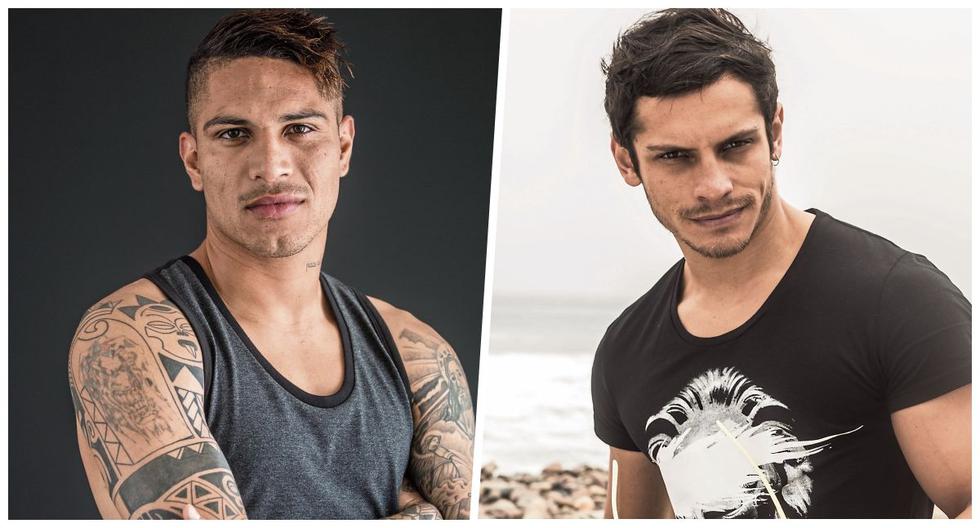 Castings are often a wild styling tool. Movies and TV (especially in Hollywood) abound with examples of real-life screen adaptations in which the original character differs diametrically from the actor or actress who plays him. Physical similarity is seldom a central criterion when finding an interpreter.

READ ALSO: “With you captain”: everything we know about Paolo Guerrero’s series on Netflix

It has recently happened with the case of Paolo Guerrero, who will be played by actor Nico Ponce in the Netflix bioseries “Contigo Capitán”, which will be directed by Javier Fuentes-León and Daniel Vega Vidal. The fiction will relate the fight between the striker of the Peruvian team and the World Anti-Doping Association. However, the choice of Ponce to play the footballer has caused some controversy due to the obvious differences in appearance.

Although it is true that the election can respond to a simple strategy to connect with the general public (through an attractive and popular face like Ponce’s), the discussion becomes more delicate if we talk about the practice known as “Whitewashing” or film whitening: when white actors appear in non-white character roles.

For Ana Lucía Mosquera Rosado, an activist and researcher specializing in ethnicity, “whitewashing” may be due to a marketing strategy, but it is also an indicator of the way in which society does not value dark-skinned people and always look for those with lighter skin to be able to consider them as benchmarks of success.

“What a practice like this tells you –explains the specialist– is that if an Afro-descendant, indigenous or Asian person is successful, then has to be represented in a different way. That is a symptom of the society we inhabit, where fair-skinned people are better regarded. And therefore contributes to the denial of the identity of the other person”.

Regarding the specific case of casting in the “Contigo Capitán” bioseries, Mosquera Rosado points out that some aspects must be taken into account. “Here the identity of Paolo Guerrero can be a bit confusing. Although his mother is an Afro-Peruvian woman, and he has curly hair, it is also true that he has much lighter skin and, moreover, we do not know if he identifies as Afro-Peruvian. I would not dare to outline any type of concrete answer because identity is also linked to cultural patterns, characteristics, customs and ancestry“, Explain.

However, despite the aforementioned nuances, Mosquera also points out that there are some obvious physical characteristics that make it difficult for a white person like Nico Ponce to be able to interpret Guerrero properly. “It is again a case where maintaining the authenticity of identity is not prioritized”, he warns.

It is worth remembering that in the film “Guerrero”, from 2016, there was also a controversy over the characterization of Magdyel Ugaz as Doña Peta (the footballer’s mother), and even the actress’s skin was darkened as a way of resembling it. Curiously, in this tape the person in charge of playing Paolo as a child yes he was an Afro-Peruvian actor, little rony shapiama.

“In any case, there are deeper questions to analyze –concludes Mosquera Rosado–: why would an Afro-descendant person accept to be represented by a clearer person? Or why do we always talk about whitening as a strategy to have a better position in society? These are questions that will not be resolved in the framework of this series, but that could start a discussion”.

The “whitewashing” on the screen

The original story of this musical about immigration stars María and Bernardo, two Puerto Ricans. In the film, however, Natalie Wood and George Chakiris were chosen to play them. Of Latinos, nothing.

The true story about Afro-Cuban journalist Mariane Pearl was adapted into a film with an Angelina Jolie with darkened skin and curly hair. It is said that Pearl herself approved of the actress, but not even that saved her from criticism.

Oscar-winning film recounts a rescue of hostages that took place in Iran in 1979. The problem is that for the main role, Tony Méndez, did not choose an actor of Hispanic origin, but Ben Affleck, also the director of the film.

This movie remake of the popular masked ‘ranger’ made a much-questioned mistake in casting Johnny Depp for the role of co-star Toro (or Tonto), originally a Native American.

Film adaptation of the successful manga and anime of the same name, whose characters are all Japanese. However, the Rupert Sanders directed film cast Scarlett Johansson as the main heroine.

Paolo Guerrero and Nico Ponce: Is there ‘whitewashing’ in the casting of the new Netflix series?