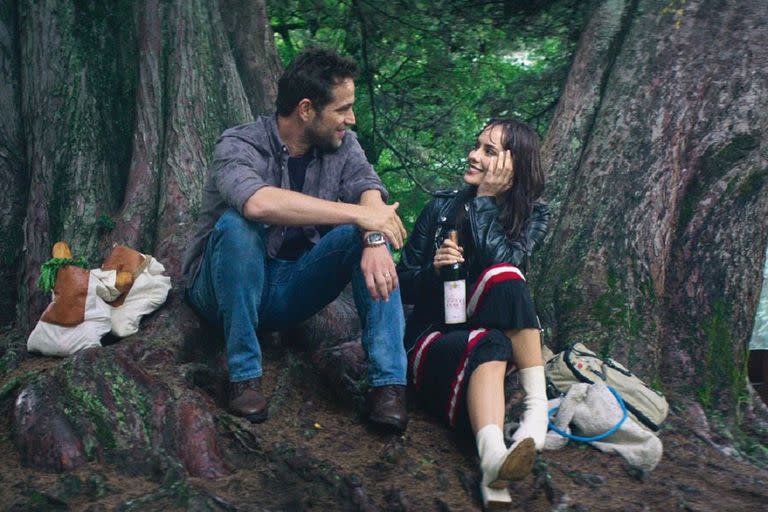 the premiere of the colombian series Hunch It was an undoubted success on the Netflix platform in April this year. Thus, he quickly led the top 10 of the most viewed non-English speaking productions in streaming in Argentina. Now, its protagonists announced the shooting of season 2 and his fans were surprised by a curious detail.

Queen’s Gambit: Netflix will compensate the chess player who inspired the series with US$5 million

Organ trafficking, sentimental ties and political power and corruption were brought to the table in the first season. Simón Duque (who was played by Michel Brown) desperately sought the truth about who killed his wife, Valeria (performed by Margarita Muñoz). On the other hand, Camila Duarte (Ana Lucía Domínguez) tried to find out where her transplanted heart came from and distrusted her husband, Zacarías Cienfuegos (Sebastián Martínez), a renowned politician, adviser to Cárdenas (Mauricio Cujar), the candidate facing the presidential elections.

The first installment already showed its continuity. After an emotional farewell at the airport between the protagonists, Camila was discovered by the mafia that was chasing her and by her ex-husband; who believed her dead.

Now, Brown shared a video on his Instagram account where he announced, together with Domínguez and Valeria Emiliani (who plays his daughter Samantha in fiction), a preview of the shooting of season 2 of Hunch. “We are happy filming the second installment here, in Mexico”, expressed the Argentine actor. “He said it all … we are very happy,” added the interpreter of the American soap opera dog love.

The Crown: what is real and what is fiction in the popular Netflix series about Queen Elizabeth II

Although the release date was not revealed, the users of the social network assured that they are eager to know the outcome of the story of Simón and Camila. “What a thrill! I already want to see it”, expressed a user. “Let’s go for two!” said another.

But, fans of the series noticed a detail that surprised them. And it is that filming would now seem to take place in Mexico and not in Bogotá (Colombia), as happened with the first installment. In addition, the publication of the protagonist of Passion of Hawks caused confusion, since just two weeks ago the account of the platform of streaming shared a video of Domínguez in Istanbul (Turkey), from where he revealed that he had started filming the series.

Will the protagonists take a trip? Will they flee persecution from the organ trafficking mafia or from Zacarias? platform streaming He has not yet announced the release date of the second installment, but he promised the suspense and intrigue of the first season. The story between Valeria, Camila and Simón, although it was shot in Colombia, has Venezuelan origin. And it is that it was created by the writer and poet Leonardo Padrón.

The political simile with Argentina

During the political campaign of Braulio Cárdenas, carried out by Cienfuegos, the candidate was shown as a safe bet for the presidency of Colombia. But, there was a detail that caught the attention, since it symbolized a simile with Argentina.

And it is that the political party of the candidate for president was called Together for Change, which in Argentina was headed by former president Mauricio Macri. Social network users did not overlook the detail and made it viral.

Pálpito: the advance of the second season of the Netflix series that confused its fans

Zoe Saldaña takes a break from superhero movies and dives into romance with 'From Scratch'
How much do the 'Friends' actors get for the HBO Max special?
'Separation': the series that will make you want to change jobs