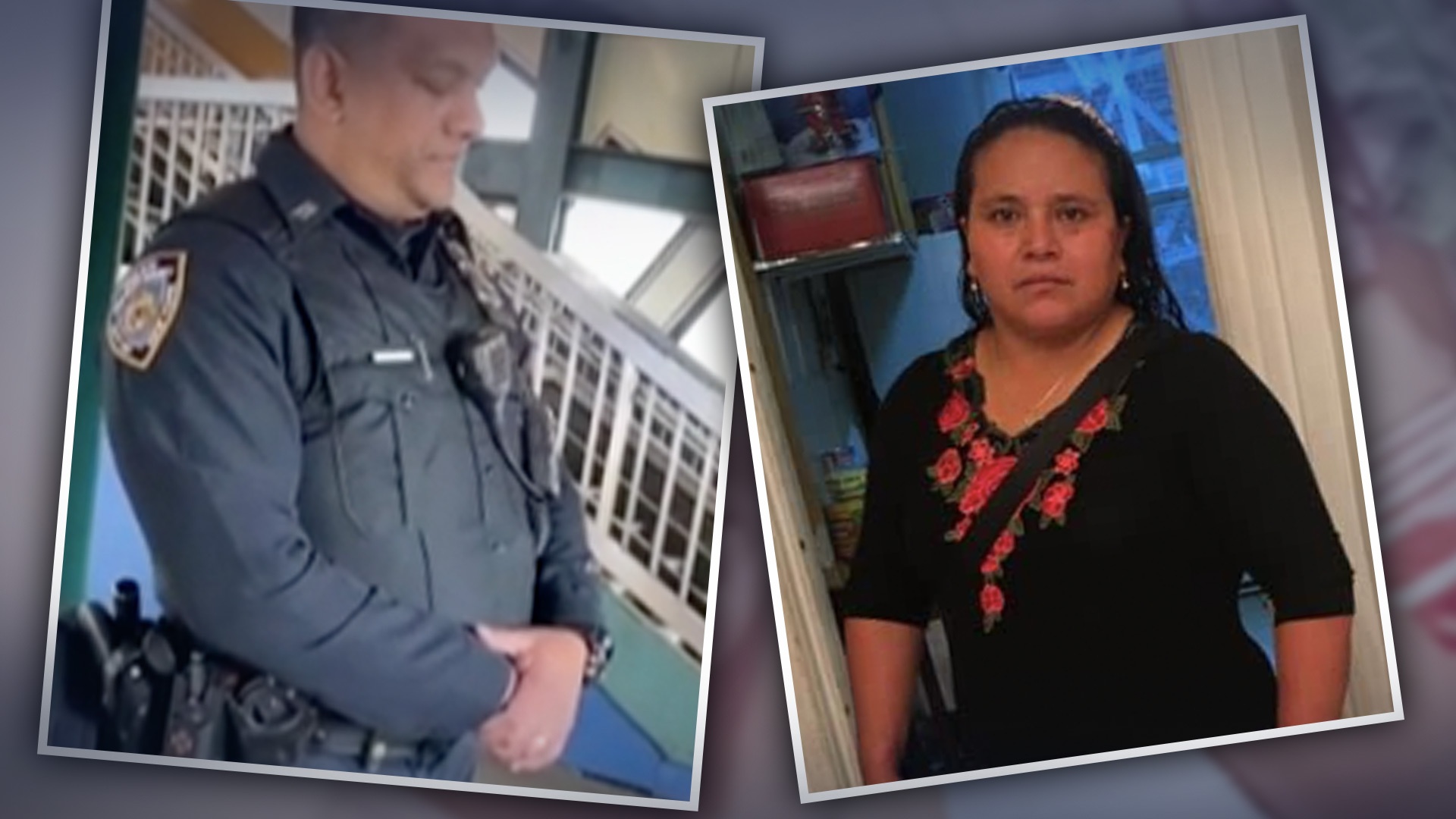 The Ecuadorian Maria Falcon is a peddler of food in New York City that, tired of that the policemen insult her “ugly”caught on video when a NYC police officer reacts with ‘mockery’ to hearing her answer in English while another officer fined her.

Falcón, a 43-year-old mother, said that it was fined because you don’t have a permit to sell food at subway stations, like Broadway Junction, for example. While an officer was writing the ticket for him, he decided to record the moment with his cell phone camera.

It is not part of the video, but at the beginning of the intervention, the woman, who has lived in the United States for 15 years, denied knowing English.

As an officer began to fill out the ticket he would give her, he asked María Falcón for her address, “where do you live?”

As soon as she let out an “eighty-six….”, another of the policemen present didn’t hold back.

“Oh my God, you speak English!” the ‘shocked’ agent is heard saying in the video.

“Just a little, not much,” Falcón replied.

“Then why did you pretend you didn’t know English?” they asked.

In an interview with Univision, Falcón insisted that she knows “very little English, but being treated like that makes me feel humiliated. I was just trying to help the officer write the fine.”

As a single mother of two children, María Falcón says that selling food at New York subway stations is the only alternative she has to support her family.

She assures that she risks being mistreated by the police, because although she has tried to get other jobs, “they tell me that I am very old”.

“We do this to survive because right now there is no work for us, there is nothing and we have to find a way to work without hurting anyone,” the immigrant told Univision.

“They have insulted us, they have yelled at us (…) They have told me, ‘damn Hispanic, you think that this is your Mexico!'”, he recalled.

“I tell them, ‘no sir, I’m not from Mexico. I would like to be Mexican, but I am Ecuadorian’. That’s why I wanted to record, because some police officers do insult ugly, “added María Falcón.

According to the Ecuadorian street vendor, Since all the policemen already know her, they don’t let her work and continue to insult her.

Without specifying how many years she has been selling fruit or churros in the subway, María Falcón said that she has already been arrested 10 times and fined dozens more. However, she insists that she cannot find work elsewhere.

“We are already very tired of this and I don’t have any other type of work anymore. It’s time to work like this and fight. We are not doing anything bad, we are not criminals,” he added.

After the last $50 fine he just got from the cops in his video, Falcón was back at the same spot the next day.

“But a Hispanic police officer already warned me that the next fine is going to be heavier, of more than 100 dollars and also arrest and take all my things.”