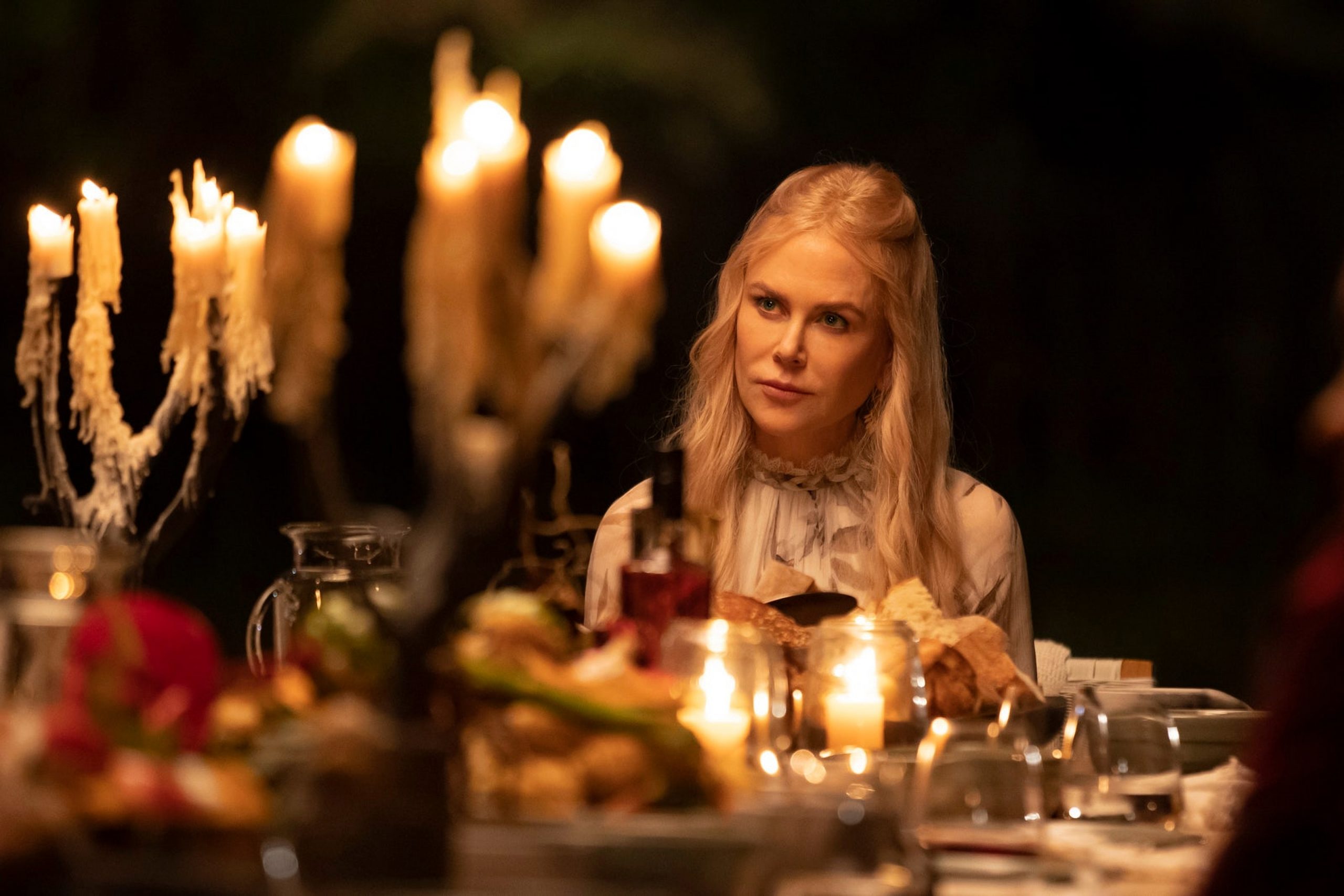 Nine Perfect Strangers it seems like a kind of All Star of contemporary actors headed by Nicole Kidman. The poster is impressive and that usually arouses suspicion. Will the accumulation of so much talent work? Will the script, production or direction be in favor of your abilities or will it be other content in which it is only about moving people with the reputation of those present? The New serie Amazon Prime Video, Directed by Jonathan Levine, Efficiently Beats Those Questions.

On Nine Perfect Strangers contemporary series resonate like Big Little Lies (David E. Kelley, 2017), but with a more spicy point: the psychological drama sometimes caresses the terror. It can not be considered a series of that genre, but the mystery and emotional traps that it puts the viewer through the characters. The same ones in which they fall until they open up to different fears and possibilities, can be uncomfortable. This is a series triumph, scripted by David E. Kelley, John-Henry Butterworth and Samantha Strauss.

Nine Perfect Strangers It is inspired by the homonymous novel written by Liane Moriarty. In it, nine people isolate themselves in a specialized center for various traumas and addictions, from dependence on mobile phones to old sports traumas and professional careers on the air. The initial interaction between them motivates different pulses, released with sarcasm or humor, as the case may be. Refreshing, others, part of a story that from the beginning hints to be more tense than a new girdle.

Nine perfect strangers: Nicole Kidman
and the poster of actors

Seen what has been seen in the last productions in which she participated, Nicole Kidman is in that stage of his career in which he does not make dissonant performances, but huge ones. On Nine Perfect Strangers offers another, playing Masha, the person in charge of that rehabilitation center. Although in appearance it emerges as a being of light, its shadow extends over the rest of the characters through the different psychotropics that it supplies them, without their knowing it at first until they realize it with the passing of the chapters.

Their role, together with the personality of each of those involved, opens up a range of possibilities and questions in relation to the Amazon Prime Video story. Neither director nor scriptwriters rush to generate responses, which is key to sustaining the viewer’s attention. Nicole Kidman is joined Luke Evans, Michael Shannon, Grace Van Patten, Regina Hall y Bobby Cannavale. Kidman gets the most referrals for his work. But any of the other actors offers an interpretation to match the Australian.

Cannavale, that actor who shone in Vinyl (2016), plays Tony, an American football player run down. Tony has sequences where, if he weren’t accompanied by other solid performances, he might as well eat up a couple of chapters. Although Luke Evans as Lars does not have so much dramatic charge, it emerges as a kind of balance between so much trauma, without leaving his own aside.

The most emotional part of Nine Perfect Strangers It is offered by Shannon as Napoleon. He is a family man who radiates optimism even though his wife and daughter are upset by a family tragedy. His time at this rehabilitation center led by Nicole Kidman will challenge that way of being. Hallucinogens through, this character’s transformation explores different layers of mental illness in a subtle yet profound way.

The catalog of actors presents Grace Van Patten as a pleasant surprise. It is not his first role in a series, but its passage through The sopranos, When I was a child, it may seem far away for viewers today. It’s Zoe, Napoleon’s daughter. She must also go through the fears that her father experiences, but from another perspective.

The reflection of a time

Nine Perfect Strangers it questions, to the point of looking like a parody, figures that emerge as bearers of solutions to people’s different problems. From addiction to social networks to depression resulting from a separation, cheating or the death of a family member. In that sense, each character represents a greater condition. When does irony appear? When Masha aspires to treat each of these problems with a unique method.

Along the way, the characters must learn to live together, to relate to a space in which there are nothing but trees and hills on the horizon, far from buildings and the noise of the streets. This daily life awakens in them a series of fears and concerns that, depending on the case, enhance the fears of some or alleviate the fears of others. Nine Perfect Strangers remember that everyone we are a little brokenThat is fine, but it focuses on the solution. Perhaps, at times, the best option may not end up being it.

Try Amazon Prime Video totally free for 30 days and enjoy the complete catalog of the platform without limits. Just by signing up you will have instant access to the best movies and series, in addition to free shipping on Amazon and other advantages ..

Those personal and group pulses develop in Nine Perfect Strangers while Masha must attend to a specific one: her life is in danger. This factor helps the series not only focus on those who are looking for solutions. It also invites the viewer to ask questions about these types of characters who appear to have all the answers. In this category are grouped from supposed specialists to influencers, making each of them seem more human than they naturally suggest.

Nine Perfect Strangers it is a polyphony of compelling themes, voices, and performances. The actors do not step on each other and, instead, offer themselves as vehicles of questions that not only beat in the story but are also likely to leave the viewer with the feeling of wanting to review a couple of aspects of their life.