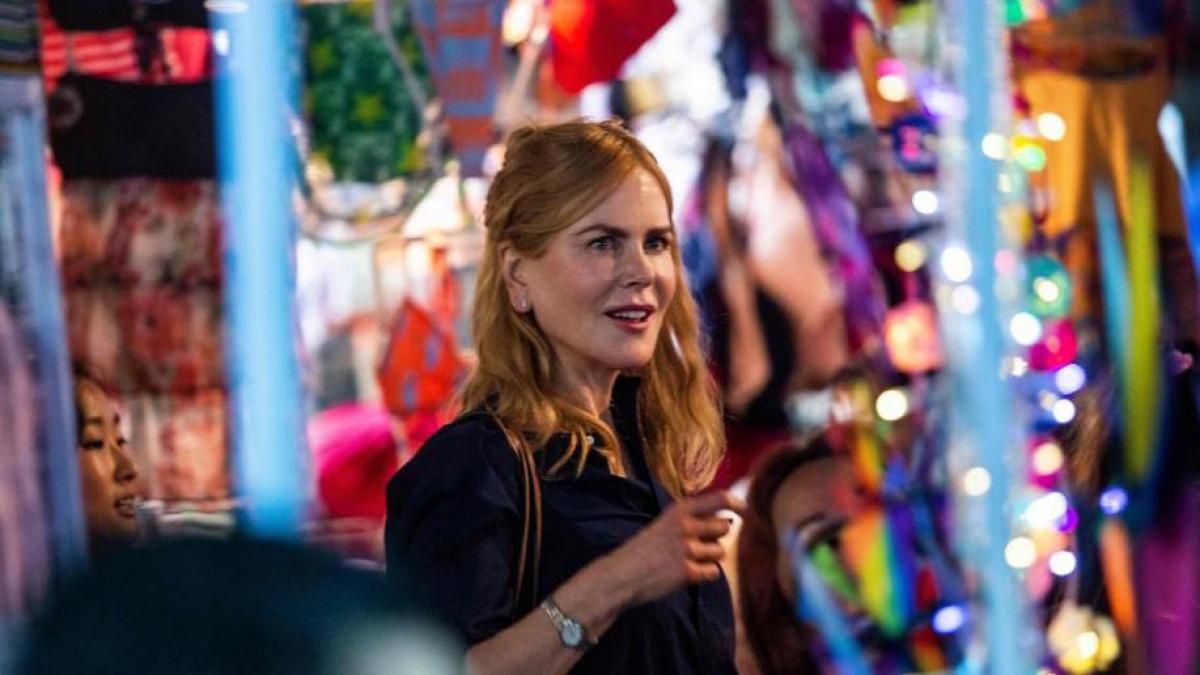 There are few actresses today who with just their name can guarantee the financing of a project, and that seems to be the case with Nicole Kidman. At 54 he is clearly aware that his presence in a miniseries or a movie ensures that it will be done and that is why he does not stop working. The Hawaiian-born, Australian-raised actress just debuted with great success Nine perfect strangers (Amazon Prime), her latest collaboration with Michelle Pfeiffer’s husband and television mogul David E. Kelley, with whom she had previously done The Undoing and B ig little lies .

Just after the promotion campaign for her new series, the actress, who has been in Australia uninterruptedly since shortly after the pandemic began, since she arrived there precisely to work on that miniseries, packed her bags and traveled to Hong Kong, for work. . Without wasting time, the recording of another ambitious project has begun, Expats (Expatriates), the adaptation of Yanice YK Lee’s six-episode novel also produced by Amazon.

But it was precisely this desire to not miss a day of work that has caused problems for Nicole Kidman. In the former British colony, now belonging to China, they have been furious to learn that the actress and four other members of her team have been able to enter the territory without quarantining, which is not small considering that today in Hong Kong has the strictest and most burdensome entry process in the world. Indeed, those who have received the two doses of the vaccine must stay locked in a hotel that they will pay for for two weeks, and those who have not wanted to be vaccinated, must add one more week.

The debate has not been friendly at all, and there are those who accuse Nicole Kidman of being a white privilege, while others wonder in the media if the Government of the island would be equally kind to an Asian movie star. For their part, the authorities have limited themselves to distributing a statement from the commercial and economic development agency confirming the exception granted to Kidman and explaining that the decision is conducive to maintaining and developing the Hong Kong economy. The truth is that the soaring star arrived on the island in a private plane, stayed in a residence in the most exclusive area of ​​the city that has a monthly cost of 70,000 euros and two days later he walked through a shopping center.

There has been no shortage of people who have recalled that Nicole Kidman also skipped the quarantine when she arrived in Australia last year, although no one clarified that it was thanks to her decision to confine herself in her country for the duration of the filming that allowed the project to be saved. which was initially going to be filmed in the United States. The diva did not hesitate to lock herself with her family and the rest of the cast in Byron Bay, a town 800 kilometers north of Sydney where she had to stay for months until everything was finished.

The actress has just premiered the series ‘Nine perfect strangers’, has shot two films that can be seen next year and has 18 projects as a producer

As active in front of the screen as behind it, Nicole usually participates in all her projects as an executive producer, and her enthusiasm for creating content is such that she currently has 18 proposals in various stages of development, between films and television series. He is also one of the few stars who have worked non-stop yet with the pandemic, so he has two ambitious finished films that will hit theaters next year. The northman , the film with which Robert Eggers continues his career after The lighthouse , and in which he shares the bill with Anya Taylor-Joy, Alexander Skarsgard, Ethan Hawke and Willem Dafoe.

And the other movie is Being the Ricardos , Aaron Sorkin’s attempt to recount the complex relationship between Lucille Ball and Desi Arnaz. Initially Kidman was harshly criticized along with Javier Bardem for what they pointed out was a wrong casting, something that Lucille Ball’s own daughter has taken care to correct, ensuring that Nicole has managed to become her mother for the big screen.

But what is it that drives the actress to work so hard? Certainly, with an Oscar and four Golden Globes, a personal fortune estimated at more than 200 million euros, a happy marriage with Keith Urban, with whom he has two daughters, Sunday Rose (13) and Faith Margaret (11), Kidman I could relax a bit. She has even revealed that after the birth of Sunday Rose in 2008, she considered abandoning her career permanently due to the lack of interest in the industry towards her for having turned 40. And since life always gives second chances, it is likely that today she enjoys each new contract as if it were a little revenge.