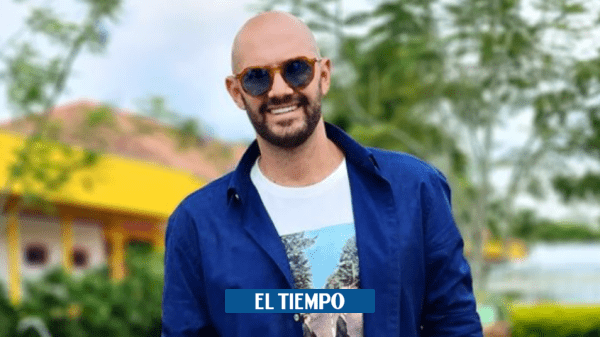 This Tuesday, April 12, the second part of the Easter special of ‘MasterChef Celebrity’ took place. For this opportunity, the guests were the children who had participated in ‘MasterChef Junior’ seven years ago.

The changes of the little ones, now adults, were visible to everyone. Many of them are currently finishing their university careers, undertaking and working in different areas of marketing and administration.

However, the change that left many viewers surprised was the look that one of the jurors wore in 2015. Nicolás de Zubiría has worked on the famous reality show since its inception and has earned the affection of Colombians, who tune in to it every night at 8 pm

When showed how his style had changed from the season ‘junior’ to todaythe comments did not wait, because the chef had long brown hair, combed on one side, in one of the chapters of that time.

This is what the chef looked like in that chapter.

Twitter users did not miss the event and made various memes with their reactions.

The strange thing about this is that many did not remember it that way, since the jury has been bald since 2012, long before the recordings of the first program began. However, in that episode of “MasterChef Junior” he had long hair while advising children on their pizzas.

(Read also: Billionaire plans to give away 99 percent of his fortune).

The end of the nostalgic chapter came when the former participants were able to try the dishes they had made together with the chefs and enjoy a pleasant meal that brought them back together.

For its part, the Holy Week special will continue to be commemorated this Wednesday, April 13, with the arrival of new chefs. This time, the viewers and faithful followers of the program will have the opportunity, who will be able to show their creations to Nicolás de Zubiría, Jorge Raush and Christopher Carpentier.

(Read also: Martín Elías’s wife says what she will do to commemorate 5 years of his death).

(Don’t see from the app? See the image here).

Amada Rosa Pérez lives a drama because of biopolymers: ‘They mutilated me’

Martín Elías Jr. pays tribute to his father and grandfather with old photos

Nicolás de Zubiría: this is what the MasterChef jury looked like with hair