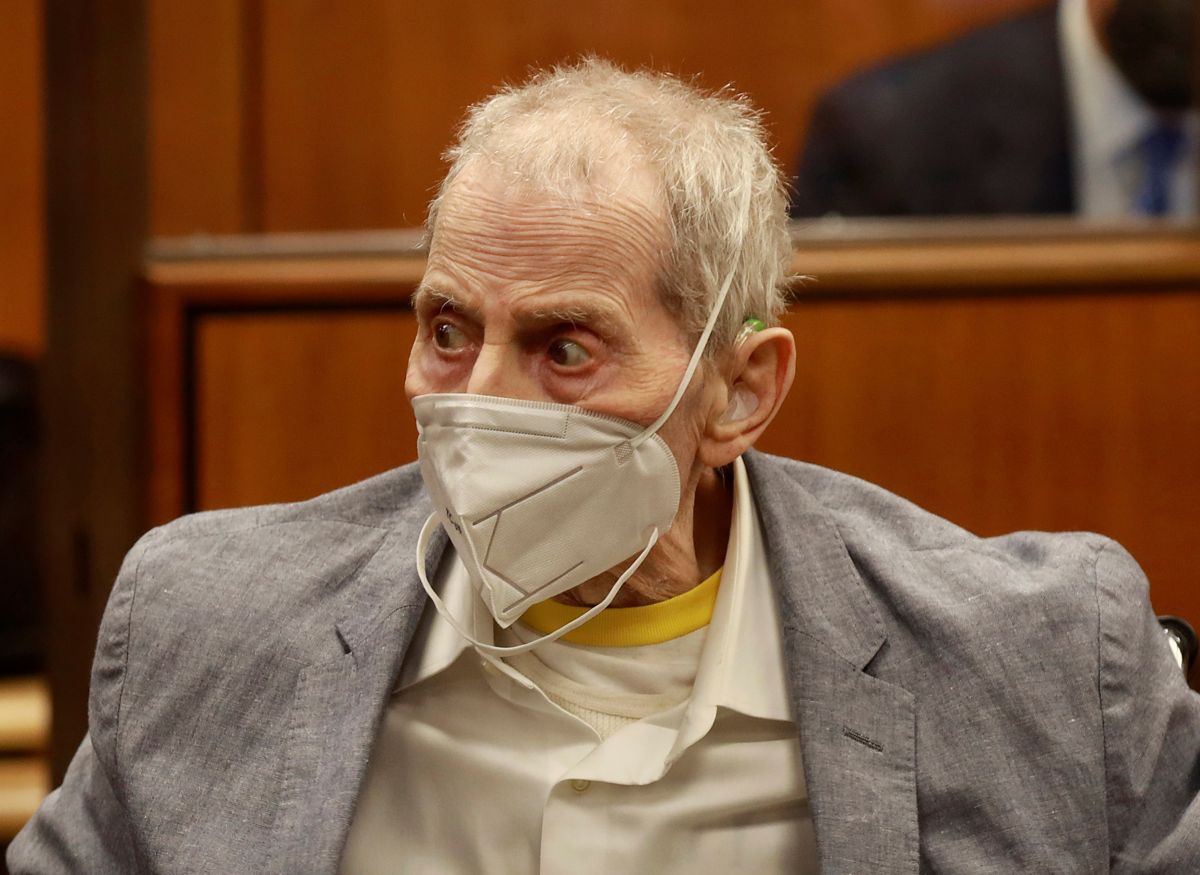 Robert Durst, a 78-year-old New York millionaire, was convicted yesterday of having shot and killed his friend Susan Berman in Los Angeles, to silence her because he was going to expose that he had previously murdered his wife in Westchester (NY).

Durst, an eccentric member of a prominent and wealthy family of developers from new city real estate York, had been the subject of a HBO crime documentary in 2015.

Yesterday was declared guilty of having murdered his old friend Berman at Christmas 2000, to cover up the alleged murder of his wife in 1982, highlighted Daily News. Now he could face life in prison, but no sentencing date has been set.

Durst, who uses a wheelchair, was not in the courtroom for the announcement yesterday, having been isolated after being exposed to COVID-19. The verdict ended an unusual trial that began in March 2020 and was interrupted for 14 months due to the pandemic.. The jurors deliberated over seven hours over three days.

At the trial, the elderly defendant took the witness stand in a wheelchair to testify in his own defense, claiming he was sometimes an aggressive husband but never killed his wife or anyone else.

But according to prosecutors Durst shot Berman to death inside his Los Angeles bungalow to ensure his silence after she helped him cover up the 1982 murder of his first wife, Kathie Durst, whose body was never found.

Berman’s death in December 2000 came after authorities restarted an investigation into the disappearance of the suspect’s wife 12 years later. Durst was arrested in New Orleans in 2015 while trying to flee to Cuba.

The arrest occurred just before the final episode of “The Jinx: The Life and Deaths of Robert Durst”, the HBO documentary series that exposed new evidence in the case.