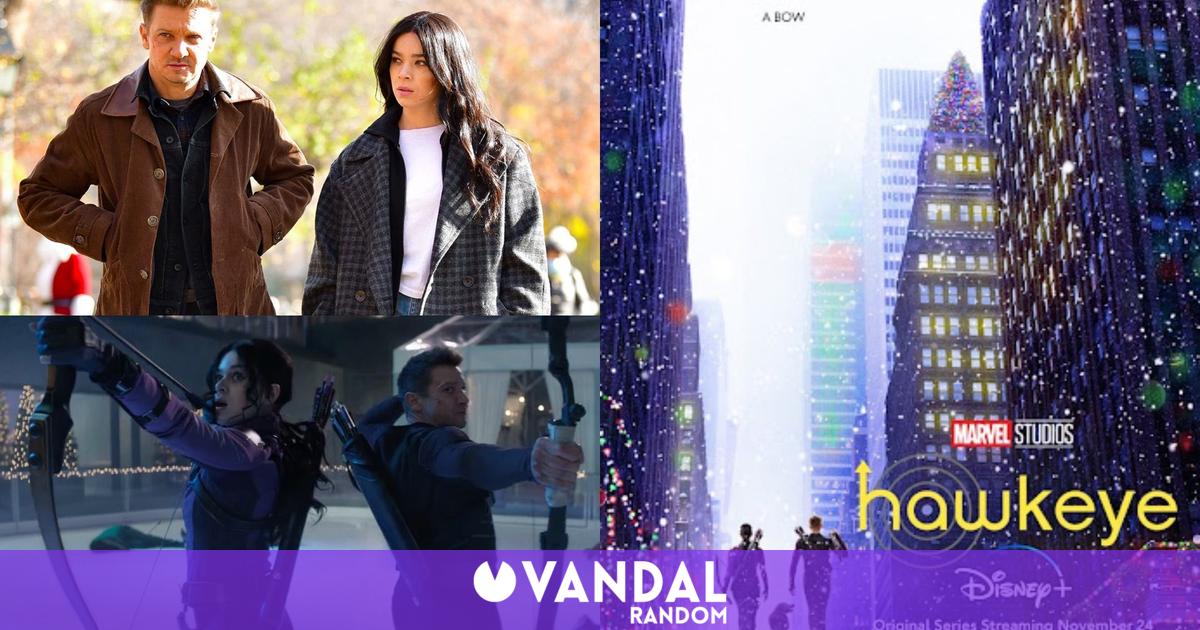 Marvel Studios has distributed a new trailer from Hawkeye (Hawkeye), the new series starring Clint Barton and Kate Bishop, which will transport us to a new stage of the Marvel Cinematic Universe. The new series will debut on next Wednesday, November 24 at Disney + with two episodes, offering us an exciting story in which both characters, played by Jeremy Renner y Hailee Steinfeld They will have to face endless dangers in a constant flight through New York in the middle of Christmas.

Family conciliation in the world of Marvel

The new teaser places special emphasis on Barton’s difficulty balancing his family life with his job as a superheroas well as showing the consequences of the incessant search for the villains he pursued when he was Ronin between the years between Avengers: Infinity War y Avengers: Endgame. Tired, try to pass a Christmas decent in New York with his family, but things get complicated. The series will show us the relationship between Kate Bishop y Barton, the leading couple of this production, as well as the relationship between them. Interestingly, and unlike productions like Loki and Falcon and the Winter Soldier, Hawkeye premiered two episodes during its premiere, reducing the broadcast time by one week.

Both heroes will live in a constant flight through the streets of New York during Christmas.

The production will also star Florence Pugh, who returns to the Marvel Cinematic Universe repeating in his character as Black widow, Yelena Belova. Not surprisingly, we saw during the post-credit scene of the film starring Scarlett Johansson what a link the former professional killer has to Burton. Hawkeye a series created by Jonathan Igla (Mad Men), who also serves as the series’ main screenwriter, is directed by Rhys Thomas (John Mulaney & the Sack Lunch Bunch) and do Bert and Bertie (Troop Zero). To the aforementioned cast, we will add Vera Farmiga as Eleanor Bishop, the mother of Kate Bishop, one of the most promising characters of the entire roster of new and familiar faces that we will see in the Disney series.

Hawkeye It will premiere exclusively on Disney + on November 24.