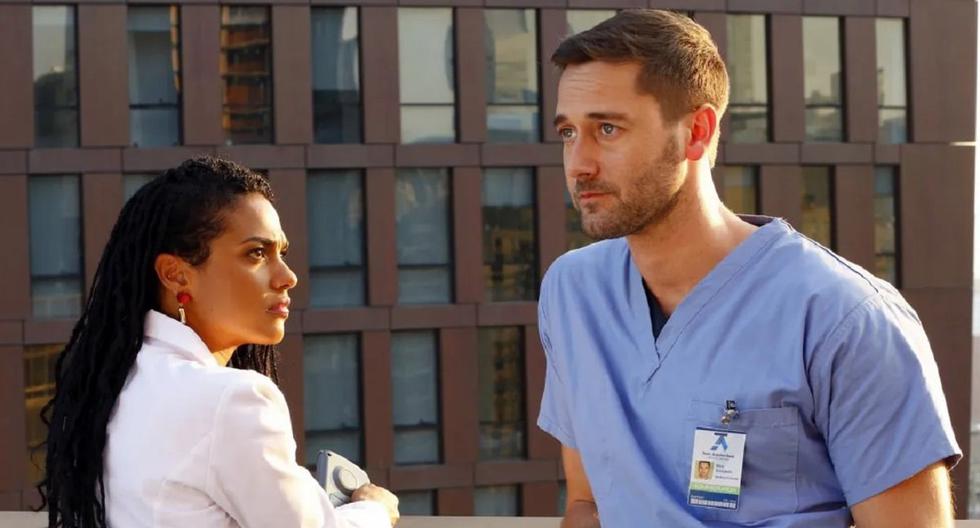 The end of season 3 of the series ′New Amsterdam‘was characterized by several surprises that were liked by the followers of this famous production. And it was not for less, then, one of them was that Max Goodwin played by Ryan Eggold kissed Helen (Freema Agyeman). This led to much speculation regarding what will be seen in the next installment.

MORE INFORMATION: when will season 3 of New Amsterdam premiere in streaming

But this detail, although it caused the surprise of the followers, could not be fully appreciated because the door of his apartment was closed very quickly, hiding the two characters.

It should be noted that this gesture of affection for little and does not come to fruition because Max he still had the wedding ring.

Both were interviewed by Us Weekly regarding what happened in the season 3 finale and what is coming next. One of the first to give details of what happened was Ryan Eggold.

“I just felt like it was time. I was so ready for these characters to go one way or another “, He expressed.

Likewise, he argued that what also helped this was that they were “in a place where I felt we should go for it, and I was so excited to find a new landscape. “.

Meanwhile, Agyeman that gave life to Helen in the series revealed that it is exciting for what will continue in said production.

“Some people have the opinion that it could ruin or change the relationship they have, which is a great friendship and professional relationship, whatever it is, maternal, paternal “, he emphasized.

Without anticipating what will happen, he added that what follows could be wonderful, or it could crash and burn.

“He is standing there wondering to himself. For example, am I going to get stuck right now and hold onto this shadow of this relationship that I had, beautiful as it was, forever? Or am I going to go ahead and be present and look at this amazing person in front of me and move on? So I think, I think it’s time. I think it’s ready”, Noted the actor.

While Freema He confessed that if the doctor did not remove the ring of a person whom he still loved, it would have been very disrespectful to continue towards a courtship. All this remembering how Max’s ex-wife died.

The first two seasons “New Amsterdam” are available on the streaming giant from February 15, 2021 and since then it has positioned itself among the most popular productions, which has increased interest in the third installment.

After the end of the third season of “New Amsterdam” is the United States, fans are wondering when it will arrive on Netflix. But the new installment still has no release date on the streaming platform.

Normally, series from other channels are released on Netflix six months after they finish airing on their official sites, therefore, the new episodes of the medical drama could arrive in December 2021. In the worst case scenario, the fans will have to wait until 2022.