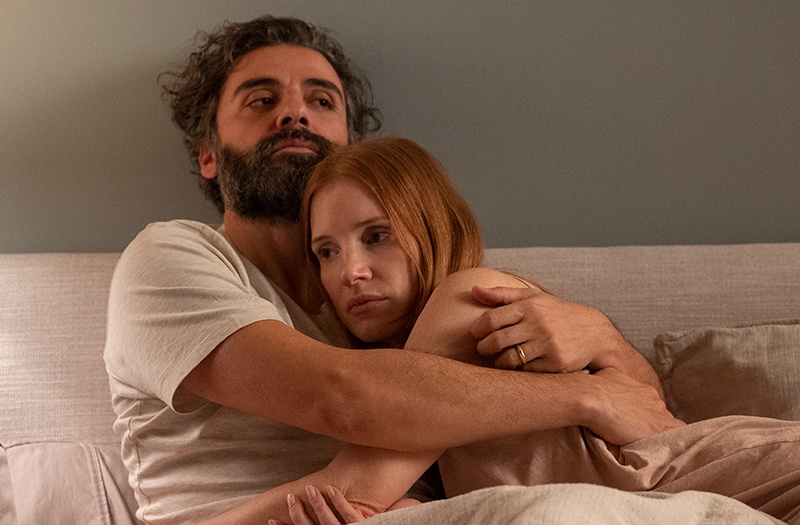 The chemistry– or her appearance – is so essential to the success of a dating story that Hollywood has a variety of technical tricks to manipulate the heart of the blessed viewer. From castings dedicated exclusively to discovering the possible connection between candidates (they are called ‘chemistry tests’ or ‘chemistry tests’ and are part of the casting process), to a cinematographic science supported by demographic statistics that indicate which couples may be of interest according to which targets from audience, to plays of lighting, sounds, camera angles, and post-production work that twists, manipulates, edits, and transforms a couple’s work into fictional on-screen chemistry. Like Robert Pattinson and Kristen Stewart in Twilight, o Brad Pitt and Angelina Jolie in Oceanfront Or are you going to tell me that that was chemistry? Or Emma Stone and Ryan Gosling who, through talent and a good script, allowed the director of La La Land create one of the couples with more apparent chemistry on screen.

And although it can be debated whether chemistry is something subjective, since feeling or touching it may depend on the wishes, tastes, love aspirations and experiences of the viewer, Hollywood kept us a surprise on the platform of HBO managing to capture the most overwhelming chemistry seen so far in the world of series.

I talk about Secrets of a marriage, the new adaptation of the Ingmar Bergman classic that lands in HBO in miniseries form. The iconic Swedish story explores the disintegration of a marriage over a period of time, serving as a social analysis of the selfishness of one’s own needs, routine, the deterioration of passion, divorce, self-esteem or lack of it but , above all, love according to its stages. The first difference with the original work is that the series swaps roles and that the couple’s conversations are less philosophically tedious. But the basis is the same: a marriage of professionals, parents of a daughter, which begins by giving an interview to delve into their good relationship based on communication, but where secrets are eating away one of them from the inside. Starting each chapter being themselves, with the actors preparing to begin their scenes (that’s why the original work and in English is titled Scenes from a marriage, and not secrets as it was changed in Spain), the series plays to remind us that we are spectators but of a work that represents more than one of us at some point in our adult lives.

The first of the five episodes is now available on the platform, witnessing a magic rarely seen on screen. And in my experience in the world of series, I think that no story has had a chemistry like the one they transmit Oscar Isaac and Jessica Chastain. I’m talking about those chemicals that make us vibrate inside with a single glance. No tricks, no editing games or music manipulating the heart. A touch that shudders without forcing the shot, a look that infects unbridled passion and screams that hurt as if we were in the middle of the discussion. That so unique is almost impossible to achieve but its protagonists have it and infect with a shocking naturalness.

As I said at the beginning, chemistry can be subjective. What may seem like a real attraction to one viewer may be indifferent to another. As ex-actress and sex therapist Pamela Stephenson said in an article on film chemistry published in The Guardian in 2016, “Its real nature is always in the eye of the beholder ”. But having devoured the entire miniseries, I am convinced that what Oscar and Jessica transmit is worthy of being seen by all. An impeccable artistic work, of a complete delivery that palpitates emotions to the surface, but above all with an understanding so authentic and unique that it is capable of devouring us from the inside. One of those chemicals that universally infect desires and emotions due to the authenticity that flows from each edge of the screen.

Surely there will be those who discuss my argument remembering known couples in the world of series precisely because of chemistry. As is the case with the protagonists of Outlander O Normal People, responsible for some of the most sexual sequences hot or sensitive seen in recent years. Or those sequences shared by Phoebe Waller-Bridge and the hot priest the Andrew Scott and Fleabag or the protagonists of Young Highnesses. But those famous ‘chemistries’ (in the serial-film universe) are part of a script work that, in order for them to work, requires a complete technical understanding. Of sexual choreographies designed to please the camera to a couple who have passed the “chemistry test”. Obviously you can feel the ‘good vibes’ between them, but that “magic” comes from technical elements, in shooting and post-production, that work in favor of their creation. But in Secrets of a marriage the camera can remain motionless for long seconds, maintaining a close-up of a couple that does not emphasize observing mouths, eyes or friction, and still manages to palpitate naturally, personal dedication and authentic complicity.

That is why Oscar and Jessica went viral on the red carpet at the Venice Film Festival, with that video where the actor literally ate her with his eyes while kissing her arm. That moment is basically an extension of the complicity that they live naturally and transfer to the miniseries, a kind of living sequel to what we can see on HBO. Because Jessica Chastain and Oscar Isaac are not only sublime actors, owners of a talent that goes in crescendo and surprising with each of his works; but also friends for 20 years, with a real complicity.

This is how she confessed in an interview with People following the premiere of the series at the Italian festival, revealing that friendship was born when they were students at the prestigious Julliard school, and it was precisely that personal closeness that allowed them to navigate the most intense moments of their characters. “We affect each other and we don’t have to plan what we are going to do ” said the actress, making a metaphor that the union of the talent of both is like “surf together […] It is something special and rare to have with another actor. We have it” admitted.

On Secrets of a marriage we are witnesses of how they mutually feed back that chemistry, through simple but natural friction like life itself. Looks of desire, frustration or total rejection, depending on the stage of the couple. The reaction is mutual, they interact by playing a game of table tennis of emotions, especially physical ones, that make the screen sweat with resentment, anger or love. And they do it with a delivery that infects extreme naturalness, raising the performance of each one to the best they can give. They are the best version of themselves, but together. And it is wonderful to watch.

Secrets of a marriage is one of the most intense, genuine and shocking miniseries of the season. An essential bet for lovers of dramatic challenges, a wonderful piece that places Oscar Isaac and Jessica Chastain on the map of the favorite stars of the moment. And that chemistry… worth seeing. And felt.