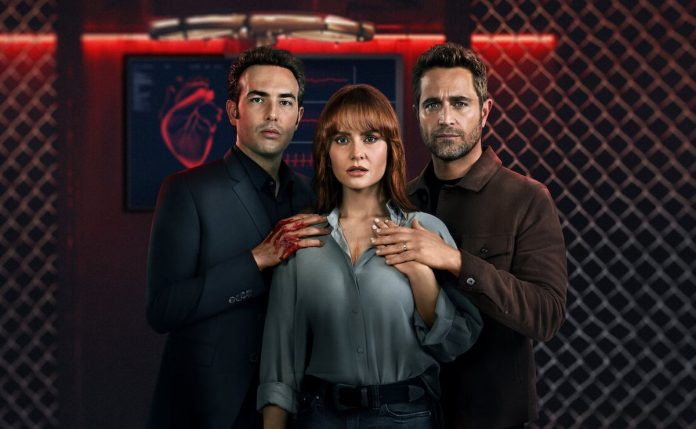 As usual, every week Netflix updates its catalog of titles available around the world.

This week, Netflix added new productions between series and movies, which quickly became among those preferred by the platform’s subscribers.

These are the most watched series in Venezuela this week:

Created by Leonardo Padron, Hunch tells the story of how Simón’s wife was taken from her life to remove her heart and transplant it to Camila, a woman married to a very powerful man. Seeking revenge, Simón enters the dangerous world of organ trafficking. In the desperate search for him, fate leads him to fall in love with Camila, who is alive thanks to the heart that was taken from his wife. The conflict will reach its peak when both discover an unexpected truth. The creator of the series that Pálpito will have a second season on Netflix.

Successful Colombian soap opera written by Fernando Gaitán, starring Margarita Rosa de Francisco and Guy Ecker in 1994, of which the Colombian channel RCN made a new version that reached Netflix. The story focuses on Teresa Suárez, “La gaviota” (Laura Londoño), a humble and simple woman who goes to Hacienda Casablanca every year to collect the coffee harvested during the second season of the year together with her mother Carmenza (Katherine Vélez) . This time they hope it will be the last trip: with luck, they will own their own land. But love will cross her path, because Gaviota will fall in love with Sebastián (William Levy).

The popular Colombian soap opera produced by Caracol TV and released in 2001 comes to Netflix to tell the story of Pedro Coral Tavera, who is not the typical heartthrob: he is not rich, he is not handsome, he does not dress well and he thinks he is a good dancer. This inveterate womanizer, a relentless heartthrob, arrives in Bogotá escaping from his hometown for nothing more and nothing less than a skirt problem. As soon as he arrives, Pedro, a “scaly” being, intelligent and in love, bumps into the love of his life, Paula Dávila, and in less than 48 hours he ends up being her driver and confidant. Not only that, but she also becomes the great breadwinner of the Pacheco family, made up exclusively of women, whom the man of the house has just left to go to the other world. This is how Pedrito Coral Tavera finds the perfect setting to interpret and display his scales.

The popular production created by Fernando Gaitán is one of those that remains at the top of Netflix. It aired on television between 1999 and 2001. It follows Beatriz Aurora Pinzón Solano, a bright, unattractive young economist. She works for a fashion company called Ecomoda. Betty, as she is affectionately called, constantly has to put up with insults and contempt from her co-workers, especially secretary Patricia Fernández, designer Hugo Lombardi and company shareholder Marcela Valencia, as she rises through her skills and efficiency and she gains the trust of the president and the one she secretly falls in love with: Armando Mendoza.

Pablo Escobar is still at the top of Netflix Venezuela. Based on journalistic documents and testimonies from people close to him, this series portrays the life of Pablo Escobar. The story begins between the operation that killed the head of the Medellín Cartel and the murders of its most prominent victims with real scenes. It shows his origins as the son of a peasant and a teacher. Pablo Escobar appears as a child, fragile and fearful, who after experiencing his first proximity to death, develops his mischievous facet under the tutelage of an Antioquian matron. The series portrays how, as he grows older, he becomes more and more ambitious, one of the worst criminals in contemporary history.

The series released in 2018 tells the story of Diego Hidalgo and Isabel Fernández, who for very different reasons are forced to flee Sonora, adopting the identity of a happy married couple to escape dangerous enemies. With the intention of tarnishing his father’s memory, Diego gets involved in business with the most powerful narco in Sonora, Gavino Gaona, but things get complicated when, being the boyfriend of Gavino’s daughter, the protagonist ends up becoming the lover of his wife, which makes Gaona furious and puts a price on his head.

Las Encinas is the most exclusive school in the country and where the elite send their children to study. A privileged world with high society parties, rich kids, sex and drugs. Three working-class boys have just been admitted to it after an earthquake destroyed the public school and their students had to be distributed among other institutes in the area. The clash between those who have everything and those who have nothing to lose creates a perfect storm that ends in murder. Who has committed the crime?

Not a word, the second Polish series based on a bestseller by Harlan Coben, the first being Stay Close. The series follows the story of the residents of a quiet suburban neighborhood in Warsaw, whose idyllic life comes to an abrupt end when a teenager, Adam, goes missing and the parents find answers to questions they never wanted to ask.

Two British teenagers, Nick Nelson and Charlie Spring, study at an all-boys primary school. Charlie, an overly nervous and openly gay thinker, and Nick, a bubbly and good-hearted rugby player, sit together in class one day and discover that their unlikely friendship could be something more as they navigate school and young love.

The South Korean series follows a woman who poses as her friend on a blind date to drive away the suitor. But the plan gets complicated when he turns out to be her boss and makes her a proposal.

Netflix: what were the most viewed series this week in Venezuela?