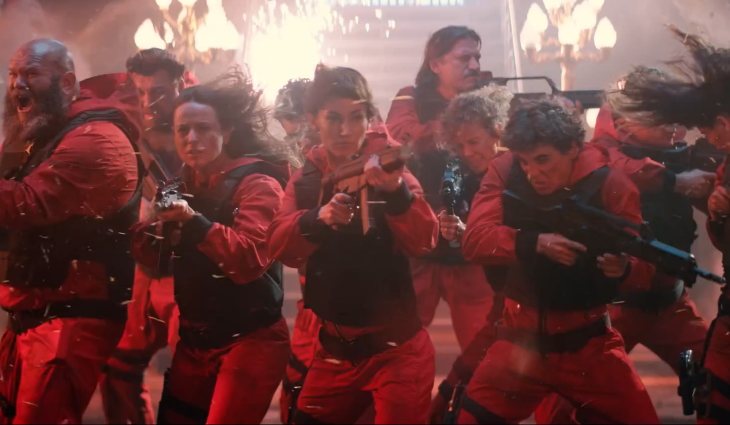 The Professor’s gang will try to get out successfully from the robbery of the Bank of Spain in the outcome of ‘La Casa de Papel’, which will be divided into two blocks.

Netflix will make the most of the outcome of ‘The Money Heist‘. Since it made the leap to the streaming platform with its third season, the Vancouver Media production has been immersed in the robbery of the Bank of Spain that, far from being resolved, became even more convoluted in the fourth installment. In the fifth, it will be time to discover if the red band manages to escape alive or if the armed forces will be able to stop them., and to know what happens we will have to set two dates: September 3 and December 3.

Unlike its predecessors, season five will premiere in two blocks of five episodes, as its creator has justified, Alex Pina: “When we started writing Part 5 in the midst of a pandemic, we felt we had to change what was expected of a ten-episode season and We seek by all means to generate a feeling of the end of the season or series finale in that first volume. We decided to work in an extreme war genre and put La Banda on the ropes. In volume 2 we focus more on the emotionality of the charactersIt is a journey through his sentimental map that connects us directly with the farewell. “

Therefore, each of those volumes will assume a different tone: the first will be more warlike, as a sublimation of the band’s battle, and the second will have a more sentimental perspective, with the idea that it serves as a closure for the wide repertoire of characters. This announcement has been communicated through a teaser that shows the current state of the band, with El Professor handcuffed by Sierra and with a war unleashed within the Bank of Spain. What will happen in the outcome? Will they all make it out alive or will we have to regret some more casualties?