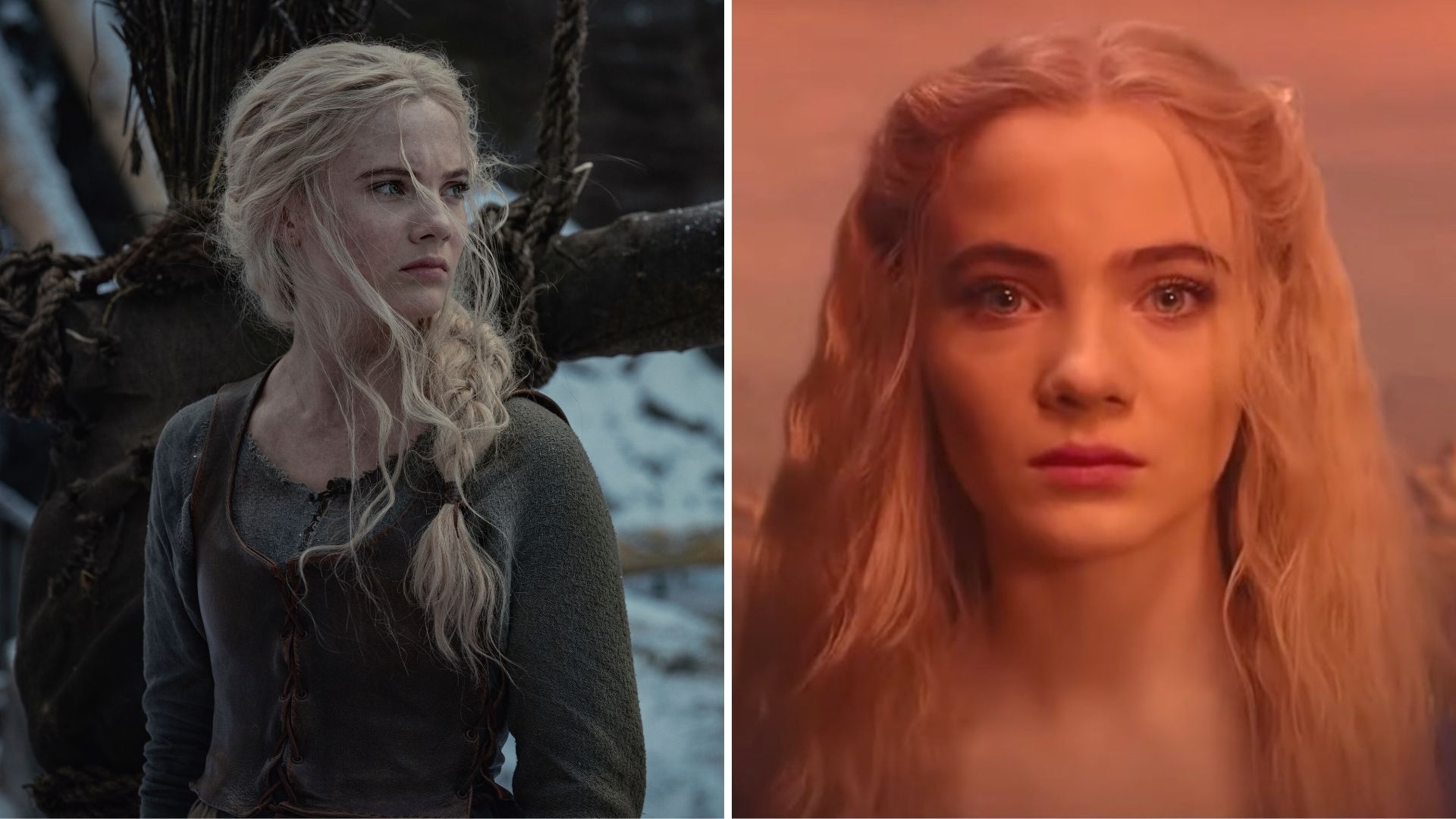 This note has spoilers for the second season of ‘The Witcher’.

Ciri’s power in ‘the Witcher’ and her visions

Ciri’s visions that are manifested through nightmares and dreams are important elements for the development of the story of the princess with Geralt de Rivia en ‘The Witcher’.

With the development of the series, it is revealed that the visions of the protagonist with a manifestation of her power and also serve as omens of death and destruction on the Continent; therefore, they are useful for Geralt to fulfill his promise to protect her.

The second season of ‘The Witcher’ explains that Ciri is a carrier of Elder Blood, an elven gene that is part of a prophecy about the salvation of the elves and the omens of destruction.

According to the elves, the carrier of the gene is called Child of Elder Blood and would be in charge of saving them during the end of time indicated in Ithlinne’s prophecy.

According to this prophecy, the world would end with an ice age, but this would mean the rebirth of Elder Blood amid a massive magical event and the creation of new Spheres, as the worlds are called in ‘The Witcher’.

With Ciri’s genetic lineage and the awakening of her powers, she could be the chosen one of prophecy and that is why her visions are important.

What do Ciri’s visions mean in ‘The Witcher’?

Ciri had a vision in the show’s first season where she saw Geralt calling out Yennefer’s name at the Battle of Sodden Hill. In the first episode of the second season, as Geralt and Ciri flee the war, she tells him that she has already seen that, which hints at the sorcerer of her potential.

Once safe in Kaer Morhen, Ciri has another vision after interacting with a mineral: she meets a creature just like her who calls her with the message: “The Daughter of Chaos belongs to us. Turn your back. Join the procession. Here there is only death ”.

In other visions of Ciri the Wild Hunt tribe also appears, a group of horsemen who separated from the elves and also believe in Elder Blood, but refer to the bearer as ‘Daughter of Chaos’ and, contrary to the other race of elves. , believe that ‘Daughter of Chaos’ is the key to open portals and conquer new worlds.

One of Ciri’s most important visions happens in the fifth episode alongside Triss, who casts a spell to awaken Ciri’s genetic memories, but is alarmed when the visions physically interact with them during the spell.

In that vision, Ciri meets Lara Dorren, a sorceress elf who was also a carrier of the Elder Blood gene. She tells Ciri that “The world will die in the frost and will be reborn from the new sun. Reborn from the blood of the Ancient One, from the seed that has been sown. A seed that will not sprout, but will burst into flames ”, coinciding with Ithlinne’s prophecy.

So far, Ciri’s visions have come true, which means that the world of ‘The Witcher’, as the characters know it thus far, could be about to change, according to the princess’s omens.

Al end of the second season, the protagonists met the Wild Hunt tribe, fulfilling another vision of the princess. In this way, Ciri will be key in the third season of ‘The Witcher’ fulfilling the prophecy and saving the elves as the bearer of Elder Blood or giving in to chaos with Wild Hunt.