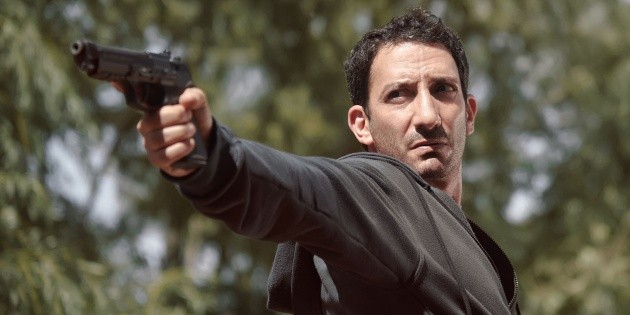 Although Netflix inaugurates a new year, at the same time it says goodbye to many productions that aroused fanaticism, among them, Ozark, The Sinner, and After Life: beyond my wife. However, the streaming service also brings the new season of El Marginal, the reversal of the Argentine fiction Rebelde Way, and the reality show about Cristiano Ronaldo’s partner, Georgina Rodríguez. In this note we review the main releases of January on Netflix.

Based on the popular Argentine fiction created by Cris Morena (Rebelde Way, starring Luisana Lopilato, Benjamín Rojas, Camila Bordonaba and Felipe Colombo), this Mexican remake directed by Santiago Limón comes to Netflix, which is set in the famous Elite Way School ( EWS), a boarding school where the competition known as the Battle of the Bands takes place. There is also a subplot dedicated to a secret organization called La Logia, whose purpose is to punish adolescents who do not comply with the prevailing regulations. “As EWS prepares for a new generation of students, love and friendship flourish as a mysterious society threatens to destroy their musical hopes.” Rebelde has the leading roles of Sergio Mayer Mori, Azul Guaita, Andrea Chaparro, Jerónimo Cantillo, Franco Masini, Lizeth Selene, Alejandro Puente, and Giovanna Grigio. Available from January 5.


* AFTER LIFE: BEYOND MY WOMAN (Third season)

Ricky Gervais says goodbye to this unmissable dramedy with its third season, which had been confirmed shortly after the second, where the actor, director and screenwriter showed off with a simple (and at the same time very hard and acid) story about a man that, after the death of his wife, he does not find meaning in life.

After Tony (Gervais) lost his father in the second installment, his life will take a new turn as he decides to give himself a new chance in love with the nurse Emma (Ashley Jensen). In addition, the main protagonists of the cast will also make their return since the comedian always wanted to work with the same small group of actors that stands out in each sequence in which they appear.

“I’ve already decided that there won’t be a fourth season. There is an old saying that to lead the orchestra, you have to turn your back on the audience, and that is true. The public thinks they want another season, but you have to be careful, “Gervais, who has a millionaire contract with Netflix, told The Mirror about the continuation of his acclaimed production. Available from January 14.

A reference of terror, James Wan, disembarks on the streaming platform as producer of the brand new genre series Archivo 81. The fiction is based on horror stories that were narrated in the homonymous podcast by Marc Sollinger and Daniel Powell, and was directed by Rebecca Thomas, who credits some of the best Stranger Things episodes. As for the kick of the story, we meet Dan Turner, a young man who works in an archive restoring videotapes. During a workday that seemed routine, she finds a cassette in which you can see an investigation carried out by a journalist about a cult that the young woman started in the mid-nineties.

Dan’s obsession with the case will dramatically alter his daily life, as the cult will watch his every move. File 81 has Rebecca Sonnenshine as showrunner, who assured that the series is a mixture of “supernatural terror and a dark and deeply emotional romance that will lead to a terrifying and exciting adventure.” Available from January 14.

A few weeks ago, Netflix revealed the expected trailer for the fourth season of El Marginal, in which you could see how the action changed its epicenter. “After the San Onofre fire, the destinies of Pastor, Mario Borges, and Diosito cross again in the Puente Viejo prison,” reads the synopsis of the streaming platform. The reunion between the characters played by Juan Minujín, Claudio Rissi and Nicolás Furtado will not be exempt from the search for revenge to settle accounts of the past. In fact, in the preview we noticed that there is a strong fight between Diosito and Pastor.

On the other hand, Sergio Antín (Gerardo Romano) will want to take control of the prison and Emma Molinari (Martina Gusmán) will try to help Pastor in a new escape. Available from January 19.

Ozark comes to an end, but Netflix doses its episodes by dividing season four into two parts. The first arrives this month and, according to what has been published, will show how the Byrde family will seek to free themselves from the cartel, although “family ties in quarrel can mean ruin for them.” Unlike the previous seasons, the last installment of Ozark will consist of 14 chapters, and in the first seven, Jason Bateman, Laura Linney, Julia Garner, Sofia Hublitz and Skyler Gaertner will return to tie up the loose ends left by the third season, a in which Ruth (Garner) made the decision to let go of the lead clan’s hand.

The Bill Dubuque and Mak Williams series premiered in July 2017 and was immediately critically acclaimed. Bateman won the Emmy award for best director, while Julia Garner (one of the policeman’s strengths) took the award for best supporting actress twice. Available from January 21.

Another series that says goodbye to Netflix this month is The Sinner, the anthology created by Derek Simonds, who explained the reason why he chose to conclude this successful cross between drama and police thriller. “I am pleased to complete the Harry Ambrose story arc and this has been an incredible journey,” stated the showrunner, who also thanked Bill Pullman for being the heart of the show. “It was a pleasure doing this series,” he added.

In this final installment, the detective who plays Pullman will have as a partner Alice Kremelberg, who plays Percy Muldoon, a young woman who grew up in a fishing family and made her way in a predominantly male context. As with each of the seasons, Harry returns to the ring to overcome the trauma of the previous case and, this time, he encounters a tragedy that happens to Percy and that he, who was retired, will feel compelled to investigate. No definite release date, but it will arrive in January.

Fans of the reality universe will have a new exponent this month on the platform, since Netflix premieres Soy Georgina, a production that will document the steps of Georgina Rodríguez, the partner of soccer player Cristiano Ronaldo. “We will live with her her day to day, her motherhood, her relationship with Cristiano Ronaldo, her travels, her parties; we will discover her true friends, her desires and desires, her high and low moments, we will truly know her “, advanced the platform about the model, mother, influencer, businesswoman and dancer, who in the trailer gives some clues about how her will be reality. “Many know my name, few know who I am,” said the 27-year-old who is pregnant with twins. No definite release date, but it will arrive in January.

We have been doing journalism for 106 years. And now, as in other periods in the history of El Salvador, journalism is essential for public opinion to be strengthened.