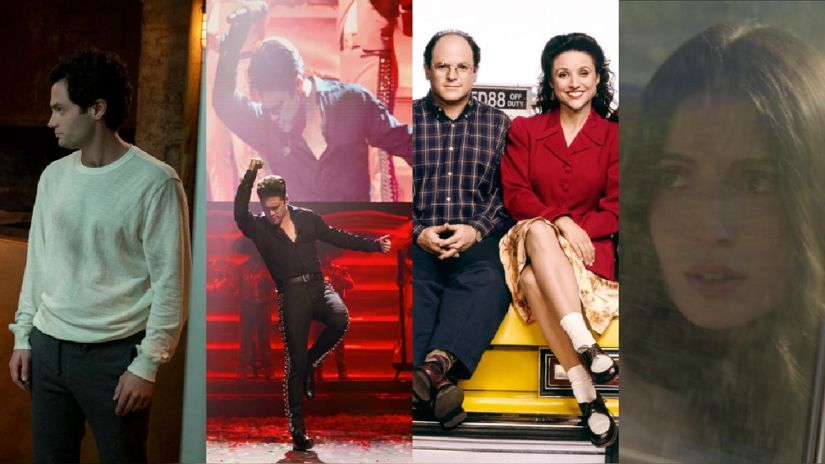 Netflix renews its catalog with new series, films, documentaries, children’s fictions and animes in October 2021, as we are used to. In this month, they highlight the premiere of season 3 “You“, The end of “Luis Miguel, the series“,” Seinfeld “and” Rescue Distance “, directed by the Peruvian Claudia Llosa. In addition, more titles are released this month.

Find out in the following note which are the premieres of the platform of Netflix by October 2021.

Degraded to the emergency service, a police officer tries to save a distraught interlocutor during a heartbreaking day of revelations … and reckoning.

After breaking free from an abusive relationship, a young mother does housework as she struggles to build a better future for herself and her daughter.

On her 12th birthday, Willa receives a precious gift, opening the door to a world of witchcraft, talking animals, and adventures to live with friends.

“THE SEVEN DEADLY SINS: THE CURSE OF LIGHT”

Meliodas and his friends return to action when a magical and powerful alliance threatens the new era of peace and puts everyone’s existence in jeopardy.

Two years after going their separate ways, Ruby, Jamal, Monse and César face new threats and must put their friendship to the test.

“THE REVENGE OF THE JUANAS”

Five women with the same birthmark set out to unravel the truth about their past and uncover a tragic web of lies spun by a powerful politician.

“THERE IS SOMEONE IN YOUR HOUSE”

Makani and his friends from Osborne High School try to identify and stop a masked killer who attacks students and uncovers their most intimate secrets.

He’s back and he’s more brutal than ever. Watch six new singles trade superficiality for a sassy yet charming speed dating series.

After moving in with her vivacious sister and three housemates, the intellectual Chelsea discovers that happiness is something that is lived and not studied.

María de Jesús Patricio, also known as Marichuy, is the first indigenous woman to run for the presidency of Mexico, with a modest but radical campaign.

“MY BROTHER, MY SISTER”

Her father’s will forces them to live together, and brothers Nik and Tesla, and her children, try to work out their differences to become a family.

“THE POKÉMON MOVIE: SECRETS OF THE JUNGLE”

Koko grows up in the jungle with a lone Zarude. When he meets Ash and Pikachu, he discovers the human world … and a plan that threatens to destroy his home!

After merging with an alien symbiote that grants him superpowers, a reporter fights a mad scientist to the death.

Bored with life, the popular Yatora Yaguchi plunges into the beautiful but unforgiving world of art after finding inspiration in a painting.

In the early years of the Meiji Restoration in Japan, a human samurai must team up with a murderous orc to save an orphan elf from his adversary.

Charged with emotion, the relationship between two young mothers one, a visitor; the other, a local woman, reveals an imminent ecological catastrophe and a spiritual collapse.

Married with a baby, Love and Joe try to lead a normal life in the wealthy suburb of Madre Linda. But it is difficult to get rid of old habits.

“HISTORY OF THE HIDDEN”

A group of journalists will have to convince a guest on a TV program to expose a conspiracy involving the government with a coven.

“FAUCES OF THE NIGHT”

A young driver picks up two women for a night out. But, when he discovers the true nature of his passengers, his destiny will be to fight for his life.

After a DNA test reveals their family ties, three cousins ​​adopted by American families travel to China to search for their biological parents.

The series of magical mysteries based on the comics by Joe Hill and Gabriel Rodríguez returns for a new season.

In this secret organization, all conspiracy theories are true, and keeping them secret is a very difficult task.

“MAYA AND THE THREE: MINISERIE”

A Mesoamerican-inspired warrior princess sets out on a mission to fulfill an ancient prophecy to save humanity from the vengeful gods of the underworld.

“NOBODY IS SLEEPING IN THE FOREST TONIGHT 2”

The sequel to the 2020 horror movie arrives with new characters and chilling situations.

With the arrival of new characters, the third and final season shows Luis Miguel in two timelines, seeking to boost his career in the Anglo-Saxon market and in the other, facing new challenges that threaten everything he has built.

“THE ARMY OF THIEVES”

In this prequel to Army of the Dead, a mysterious woman goes to a bank clerk with a bold proposition: steal maximum security safes.