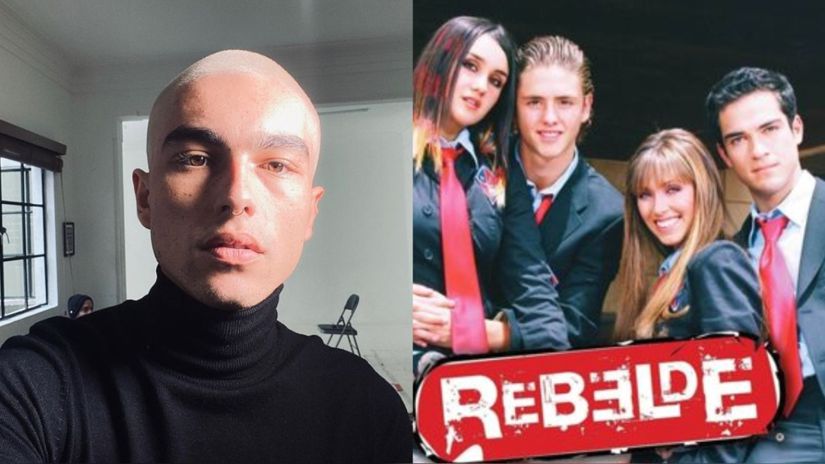 The actor Sergio Mayer Mori, which is part of the cast of the new version of “Rebel”, produced by Netflix, He used his social networks to make it known that he detests the band derived from the series, RBD.

Problems at the Elite Way School? The event occurred during a live broadcast, when the son of Bárbara Mori and Sergio Mayer He was detailing his new projects and a follower of his Instagram account asked him to sing a song from RBD.

“They ask for a lot of RBD and I’m going to tell you something … Yes, I am doing the project, yes, I am in RBD, yeah I have to sing them, because I have to sing them by contract, but I hate RBD, thats the reality. I do not like songs, I never saw the ‘thing’ this, “he said.

This confession of Sergio Mayer Mori was endorsed by his girlfriend Raquel Chávez, who accompanied him on the broadcast and stated that the music of RBD yes it was to his liking. “I really did see ‘Rebel’, I went to a concert they did in Cancun, I loved it. But Sergio never saw it, he never liked it and it can be respected, “he said.

At the moment it is known that “Rebel” will come to Netflix by 2022 with new music and a long list of actors who will seek to entertain not only young people, but also those who grew up listening to RBD.

Everything you know about Netflix’s “Rebel”

Last March, Netflix confirmed his purchase of the rights to the telenovela that popularized the story of Mia, Miguel, Diego, Roberta, Lupita and Giovanni, who made their fans vibrate both in its Argentine version and with its premiere in Mexico in 2004.

The story, which is based on the original version, “Rebel way”, an adventure will begin with new members in the cast and among them is Sergio Mayer Mori, son of the renowned actress Barbara Mori.

After months of waiting, it was finally confirmed that this production will take place, which also has the participation of Andrea Chaparro, the daughter of fellow actor and comedian Omar Chaparro.

This series of original ideas by Cris Morena will feature the participation of by Azul Guaita, Jerónimo Cantillo, Franco Masini, Lizeth Selene, Alejandro Puente and Giovanna Grigio; Y it will have 20 episodes in its first season.

The fiction tells the story of a group of young students from the Elite Way School, a private and very exclusive school. Through a scholarship program, low-income adolescents, but with an excellent academic level, entered this school where they had to suffer exclusion from their peers. In the midst of all their conflicts, this group of young people finds an escape in music.

The most famous story of Jack London takes place in Canada, in the middle of the gold rush, transmitting the beauty of the landscapes and its picturesque people. The protagonist of “White Fang” is a dog and with him we will live all kinds of adventures.