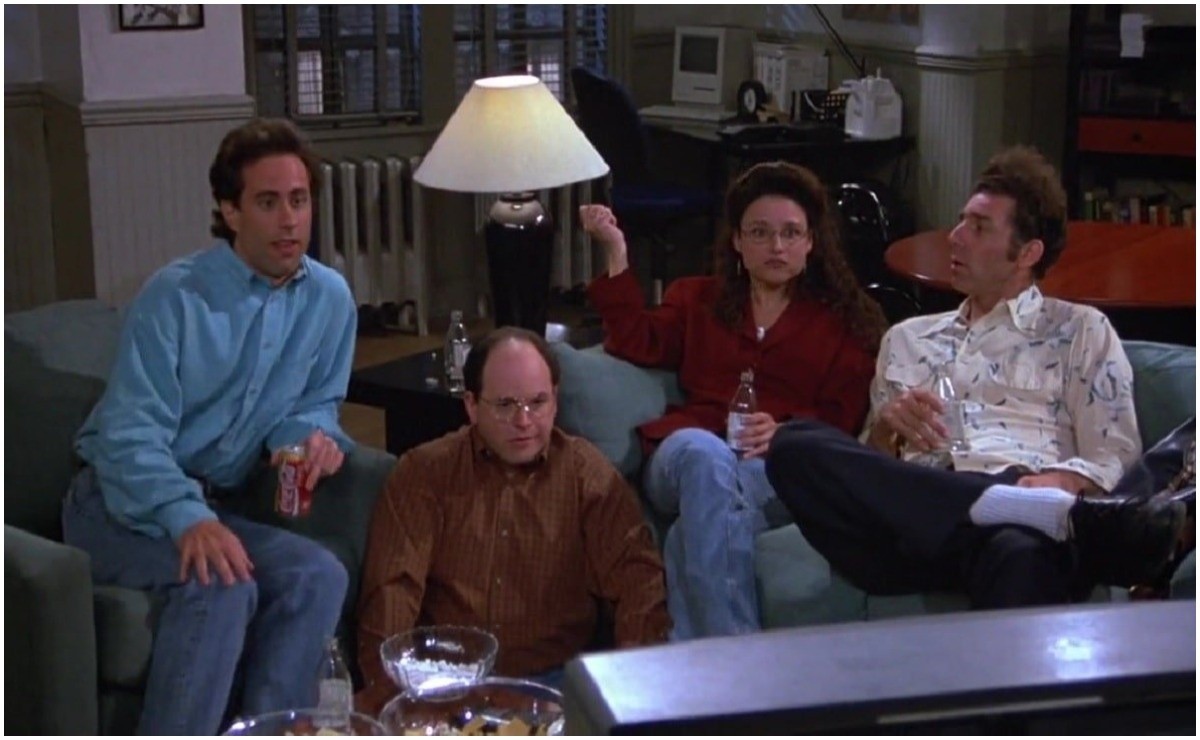 I think at this point it is very difficult not to be aware of the enormous cultural impact that “Seinfeld” imposed on American television and the way in which the public perceived the genre of sit-coms, but in case you are not completely aware , Netflix has prepared a special clip to introduce its irreverent cast of characters to a new generation.

On October 1, Netflix is ​​preparing to add the 180 episodes of the series two years after acquiring its distribution rights for a total of $ 500 million. For what yada yada yada, the acclaimed Emmy-winning production is now ready to enter the catalog of the popular streaming service.

“Seinfield” began its broadcast in 1989 under the NBC signal, culminating in 1998 after a total of nine seasons. The production was created by stand-up comedian Jerry Seinfield and Larry David (creator and star of “Curb Your Enthusiasm”), featuring a fictional version of Jerry in his everyday life as a resident of New York City.

Next to him is George Constansa (Jason Alexander), described as “the coward”, Elaine Benes (Julia Louis-Dreyfus), “the cynical” and last but not least, Kramer (Michael Richards), “the madman” . The series would present us in each of its episodes the life of this group of misfits and their social misadventures around the Big Apple.

Jerry Seinfield is no stranger to the Netflix catalog, since the streamer has offered him spaces through the talk show “Comedians in Cars Getting Coffee”, “Jerry Before Seinfeld” and the stand-up special “23 Hours To Kill” . Ted Sarandos, co-CEO of Netflix, said in a statement that it is the first time that the platform has taken risks by fully uploading a series of this caliber.

But Jerry has created something special with this comedy that no one has done before. I truly believe that he and Mr. David have huge futures ahead of them and I’m excited that Netflix can be the home for their fan bases to grow. ”

You might also be interested in: “The Last of Us” Creator to Serve as HBO Series Director

Jerry Seinfield appreciated Netflix’s confidence in presenting his show on the platform, noting that he had no experience in television when the project was entrusted to him and he was not aware of how much he would enjoy doing it. “Seinfeld” will hit Netflix globally on October 1 with a 4K restoration.