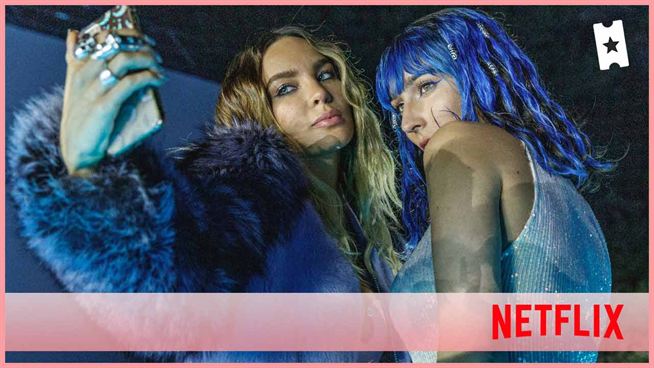 The Spanish ‘Welcome to Eden’, and the latest seasons of ‘Three meters above the sky: The series’ and ‘El marginal’.

The first week of May arrives on Netflix with an interesting selection of news that will delight the most serious users. One of the new fictions that you will be able to see starting this week is the Spanish film Welcome to Eden, which is ready to become your new obsession.

These days they return to the platform A three meters above the sky: The series and The marginal, two of his successful fictions that will say goodbye forever. In addition, the ‘streaming’ service continues to feed its catalog of docuseries and adds this week Nuclear accident and Little Wild Ones.

Then you can check the series that premiere in Netflix from May 2 to 8.

Three meters above the sky: The series

Three meters above the sky: The series returns to Netflix with its third and final season. The plot of this new batch of episodes begins after the events that occurred in the second installment. The reconciliation of Ale and Summer takes much of the weight of the story of the expected outcome. But there will also be room for the rest of the characters, from the environment of the leading couple.

The marginal returns to Netflix with its fifth and final season. In the batch of episodes that will end one of the most successful series on the platform, the lives of Pastor and Diosito continue on different paths, after their frustrated escape. Despite this, both must find a way to face the consequences of their actions. In addition, inside the Puente Viejo prison, clashes between prisoners increase to try to seize power.

Nuclear accident is the title of one of the new documentary series that joins the Netflix catalog this week. In each episode, the tragedy caused by the nuclear accident at the Three Mile Island plant in Pennsylvania is recounted, and what some of its consequences were.

Bill Skarsgård is one of the protagonists of Clark, the Swedish miniseries that arrives on Netflix this week. The plot is inspired by the true story of Clark Olofsson, the well-known Swedish criminal who began operating in the early 1960s. Robberies, drug trafficking and even attempted murder are some of the crimes for which he has been sentenced to prison several times. To his person is also attributed the famous term Stockholm syndrome.

‘La Casa de Papel’ is back: the Korean ‘remake’ already has a release date on Netflix

Another novelty that you can find in the Netflix catalog starting this week is the miniseries El pentavirato. The fiction follows a group of men, called the Pentavirate, who since the mid-fourteenth century, with the Black Death, has tried to influence different events in the history of mankind.

the docuseries little savages It will also be available on the platform starting this week. Narrated, in the original version, by Helena Bonham Carter, the series explores the life of 17 families of different animal species, which inhabit different regions of the planet. From the birth of the pups to their entry into adulthood, emphasizing all the obstacles and adventures that live in that evolution.

Welcome to Eden is one of the new and long-awaited original Spanish fictions that Netflix will premiere this 2022. Starring Amaia Salamanca, Ana Mena, Berta Vázquez, Diego Garisa and Albert Baró, among others, the fiction follows a group of young people who are invited to an exclusive party offered by a new drink on a luxurious island. What neither of them expects is that what they had imagined as the trip of a lifetime will turn into their worst nightmare.

Netflix Premieres: The series that premiere from May 2 to 8