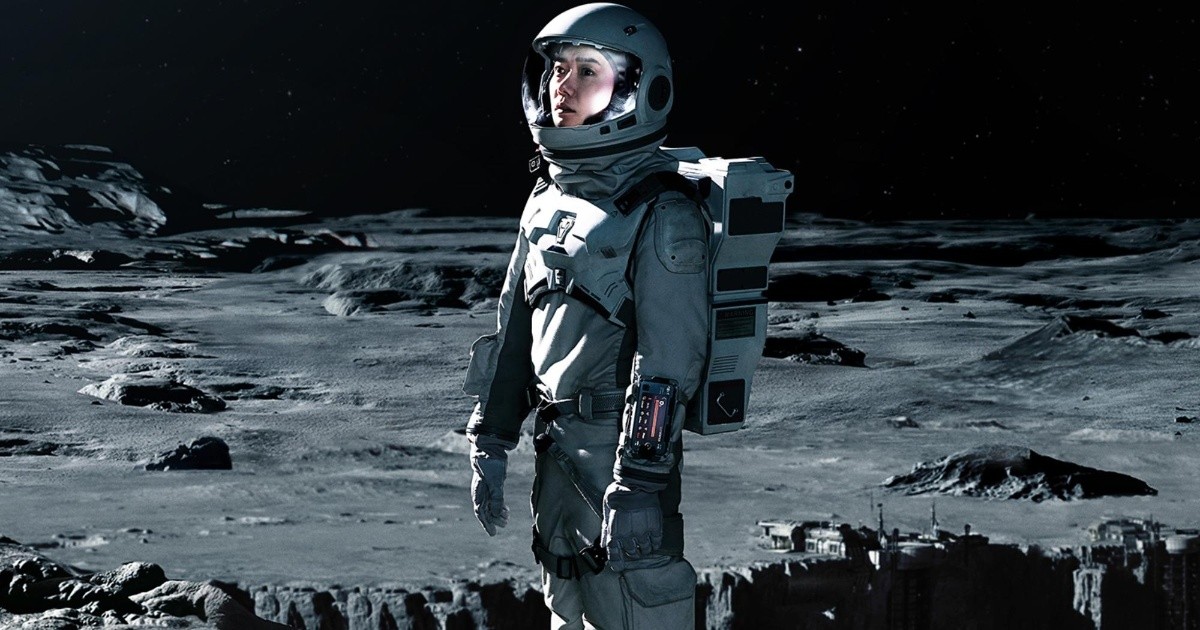 In 2021, South Korean television brought fans of Netflix to a distant island to play childish games with deadly consequences in “The Squid Game“, and then he sent demons to Earth to lead people to hell in”HellboundHowever, as the year draws to a close, the streaming giant has one last amazing journey to take, this time to the moon.

In the new miniseries of Netflix “Sea of ​​tranquility“, an elite team of astrobiologists, engineers, doctors and spacecraft pilots is sent to the Moon on a special mission to save the Earth. The miniseries is set in 2075, when planet Earth was devastated by the depletion of natural resources, prompting the need to retrieve a “mysterious sample” from an abandoned research facility on the Earth’s satellite.

But instead of finding answers to Earth’s problems, the space traveler team only seems to uncover more questions. In the first episode, the protagonists make a complicated landing on the moon, complicating the mission from the beginning. They barely escape the spaceship dangling from a cliff to cross the bleak surface of the moon toward the abandoned research facility. But things only get riskier from there.

The South Korean series premiered on December 24, a Christmas present from eight episodes, each about 45 minutes long. With a total duration of 6 hours, impeccable visuals and a lot of mystery, “Sea of ​​tranquility“It is the ideal trip for the last marathon of the year.


Two stars of the “Squid Game” meet in “Sea of ​​tranquility”

The face that Netflix captured in each promotion for its new end-of-the-year bet is that of Gong Yoo, famous South Korean actor and the recruiter of “Squid game” in charge of convincing the protagonist of the strip to enter the game. Yoo, who stars in “Sea of ​​Tranquility” in the role of Han Yun-jae, said he was delighted to face a sci-fi thriller: “As soon as I read the script, I immediately wanted to participate in it“.

The star met on the set of the new series with another familiar face on the Korean series who broke all records for Netflix: Heo Sung-tae, which the public will remember as Jang Deok-su, the most dangerous player in “The Squid Game”. They will be part of this crew that complete Bae Doona, known to international audiences for Sense8, and the singer and actor Lee Joon.

The new bet of Netflix is now available to watch, and satisfied viewers are already clamoring for a continuation of the story. Unfortunately, the sea of ​​official announcements has been kept quiet about a second installment, so whether this series will continue to flow or will be sold out entirely after its first season. it’s anyone’s guess right now.