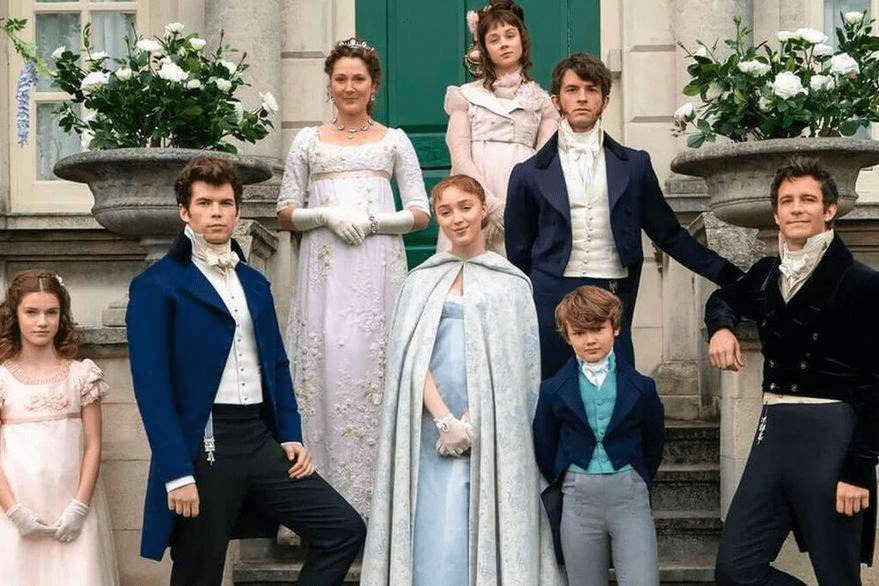 During Christmas morning, Netflix decided to give a very special gift to all fans of Bridgerton. With a video published on its social networks, the streaming platform announced when the premiere date of the long-awaited second season will be, which will hit the small screen on March 25, 2022.

To celebrate the number one anniversary of the premiere of the first installment of the saga, which became the most watched series of the year on Netflix, the producers gathered the entire cast to give them a very special letter written by Lady Whistledown herself.

“Is it Whistledown?” Asked Jonathan Bailey, the actor who plays Anthony Bridgerton. “What will the shameless say today?” He added before beginning to read the message next to his co-star, Simone Ashley.

“Happy anniversary to high society. It is customary to give away paper for a first anniversary ”, Bailey and Ashley read in stages along with the rest of the cast: Adjoa Andoh, Golda Rosheuvel, Claudia Jessie, Charithra Chandran and Luke Newton. “I hope this is informative for you: Bridgerton returns on March 25, 2022,” they ended in surprise with the news.

“I didn’t know that,” enthused Jessie, the actress in charge of bringing Eloise Bridgerton to life. “Me neither,” added Chandran, who will play one of the new characters, Edwina Sharma.

While the first season of Bridgerton focused on the love affair between Daphne, the character played by Phoebe Dynevor, and Simon, the Duke of Hastings, played by Regé-Jean Page -who will no longer participate in the series-, now the protagonism will fall in the romance that Bailey and Ashley will play, who will take on the role of Kate Sharma.

Based on the romantic series by Julia Quinn, the fiction follows the Bridgerton family as they experience triumphs and heartbreaks in their members’ courtships. Starting from the book The Viscount Who Loved Me, in this new installment Lord Anthony will be seen determined to find his future wife in the London marriage market, a search that will not have to do with love but with his duties as boss of family and knight of the kingdom. In the midst of all this he will meet Kate Sheffield, an almost spinster who will cross the path of the protagonist, who is convinced that the best thing for him and his future wife is to agree to a marriage of convenience, a conviction that Lady Whistledown will make public in his gossipy daily magazine.

The new season reserves several questions to answer. The end of the first part revealed the true identity of Lady Whistledown and was welcomed by Daphne and Simon’s first child. Among some questions, it is possible to speculate on how the mysterious writer will maintain her anonymity and if the second youngest daughter of the house, Eloise, will finally make her debut in society.

Given the enormous success of the strip, which was seen by 82 million accounts in the first four weeks after its premiere last Christmas, Netflix and Shondaland have already confirmed that they have reached an agreement to produce seasons 3 and 4 of the hit fiction..

Netflix announced the premiere date of the second season of Bridgerton