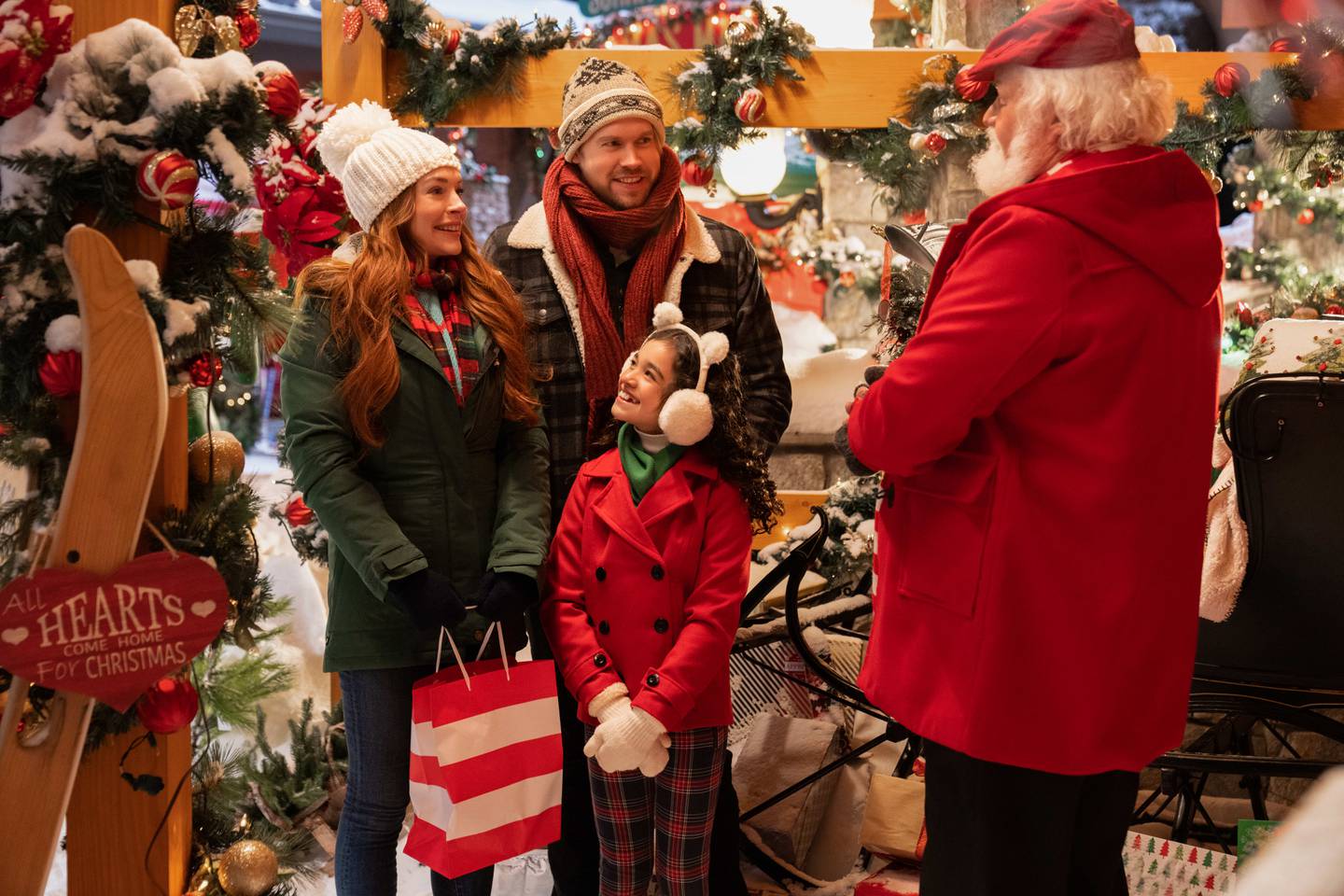 Dramas, romantic comedies, adventure, animated and children’s films are part of the varied offer of Christmas productions that will soon arrive on Netflix.

platform streaming plans to release a total of nine Christmas movies and series.

So if Christmas tapes are your thing, mark your favorites on the calendar so you don’t miss out.

christmas all at once

With this film, which marks the return of the famous actress Lindsay Lohan to television, Netflix opened the Christmas season.

The film is set days before Christmas, when the pampered and newly engaged hotel heiress has a skiing accident and totally loses her memory. The spoiled young millionaire ends up in the care of a handsome down-on-his-luck widower and innkeeper, and her little daughter.

This is a romantic comedy of just over an hour and a half.

This is a romantic comedy about the famous pop artist Angelina, a girl who is tired of her life as a star of the moment and who only wants to escape from her busy routine, so one day she decides to go to a small town in New York to fulfill the dream of a fan who lives there and who longs to meet her.

To his surprise, on this site he will not only find the inspiration he needs to reinvigorate his career and produce a Christmas song, but also an opportunity to find true love.

The feature film, starring Aimee Garcia and Freddie Prinze Jr., will last an hour and a half.

christmas on the farm

Mr. Cunningham is a widowed father of five who inherits a farm during the Christmas season. He doesn’t want to visit his new property, but his little ones insist on him and he has no choice but to spend the time in town.

And although small-town life isn’t exactly his thing, his children hatch a plan to stay there forever. Without imagining it, Mr. Cunningham will find love, friendship and the Christmas spirit in that small place, while he deals with geese, cows and sheep.

The family film lasts one hour and 42 minutes.

This is an intriguing romantic drama starring Justin Hartley (This is Us) and Barrett Doss.

The feature film tells the story of successful and popular author Jake Turner, who returns to his childhood home just at Christmas, after learning that his mother has passed away and he must resolve an inheritance issue.

In the house he discovers a diary that may contain secrets about his own past and that of Rachel, a young woman who comes to her mother’s home in search of answers about her own past.

Together they embark on a journey to confront their past and discover a totally unexpected and intriguing future.

This is a 27-minute special for the little ones in the house and shows the colorful friends trying to rescue Christmas, as the citizens of Hope Springs have lost the joy of the season.

To accomplish their mission, the friends team up with a super-powered Santa Claus to save the day.

A Christmas full of Grace

An hour and 45-minute comedy from Basel will also be part of the Christmas catalog for this 2022.

It tells the story of Carlinhos, who after discovering that his girlfriend is betraying him, decides to take a funny stranger to dinner at his family’s mansion for Christmas.

Gracia turns out to be a guest capable of bringing down the house: she is a deranged woman capable of sowing chaos in the traditional Carlinhos family. The matriarch of the family, Lady Sofia, instantly realizes this and therefore does not like the outgoing girl, however she is the new “girlfriend” of Carlinhos.

The eternal legend of Charles Dickens is reborn in this supernatural musical adaptation, which travels back in time to present the story of Scrooge, a man who has only one Christmas Eve left to face his past and build a better future.

This production has the participation of actors such as Luke Evans, Olivia Colman and Jonathan Pryce.

This is an animated television special that will run for 45 minutes.

The show will show Boss Baby’s first Christmas, who wants nothing to do with the season. However, when Tim takes him to the mall to meet Santa, the Chief accidentally swaps places with an elf and ends up working at the North Pole alongside Santa, with whom they have a long-standing business relationship.

This is an Italian comedy series for which there are few details so far. However, it is known to be about a young woman who cheats on her parents and tells them that she has a boyfriend. Now she must do everything possible to find a partner before Christmas.

Netflix advances Christmas! These are the movies and series to accompany the eggnog

Carolina Jaume is out of Ecuavisa; her colleagues from 'In contact' confirm her departure from the ...
El terror de Hollywood: los bajos instintos de sus actores adictos al sexo
When will The Squid Game 2 be released on Netflix