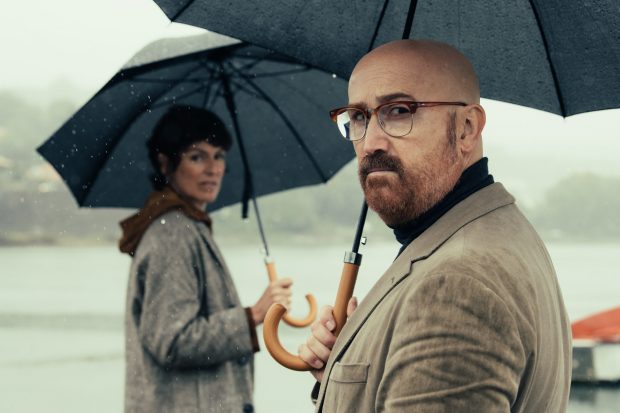 The Serie rape It has become one of the audience and critical successes of Movistar Plus+ and also in the best premiere of the season on the streaming platform. A crime thriller from the makers of Ironwhich also had great success on Movistar Plus+, which premiered on May 19. This week Movistar Plus + has confirmed that it renews Rapa for a second season.

rape has been created by Pepe Coira and Fran Araújo and in the second season will be starring again by the actress Mónica López and the actor Javier Cámara. The two have surprised with their excellent performance in the first installment of the series.

Depending on the streaming platform rape has achieved “an exceptional figure of consumption in its first month of availability, since 75% of customers who watched the first episode have completed the season”.

What will happen in the second season of rape?

The first season began with the murder of Amparo Seoane, the mayor of Cedeira and the most powerful woman in the area. Maite, a Civil Guard sergeant, and Tomás, the only witness to the murder and a literature teacher at the institute, decide to investigate this murder. For Maite it is an obligation, but for Tomás it is an opportunity to investigate a case that seems like the plot of a crime novel they love to read. A case that will unite them and help them forge a curious friendship. They soon discover that many of the townspeople have secrets that may come to light after this case.

The plot of the new episodes of the second season moves to Ferrol with an unsolved case that will reunite the couple made up of Maite and Tomás. The first focused more on the town of Cedeira where the murder of the mayor had taken place. The first season combined mystery, suspense and action with a good plot that has delighted Movistar Plus+ users.

The protagonists of rape will be the actors again Mónica López (Iron, Riot Police, Castamar’s Cook) and Javier Camara (Sentimental, come on Juan, the pride that we will be). Of the rest of the cast of the series for now we do not know anything but surely some of the characters from the first season will be back in the second.

If you have not yet seen the episodes of the first season of rapedo not miss this original series from the creators of Iron that surprises with its settings and the good interpretation of its protagonists.

Movistar Plus+ renews the series ‘Rapa’ for a second season