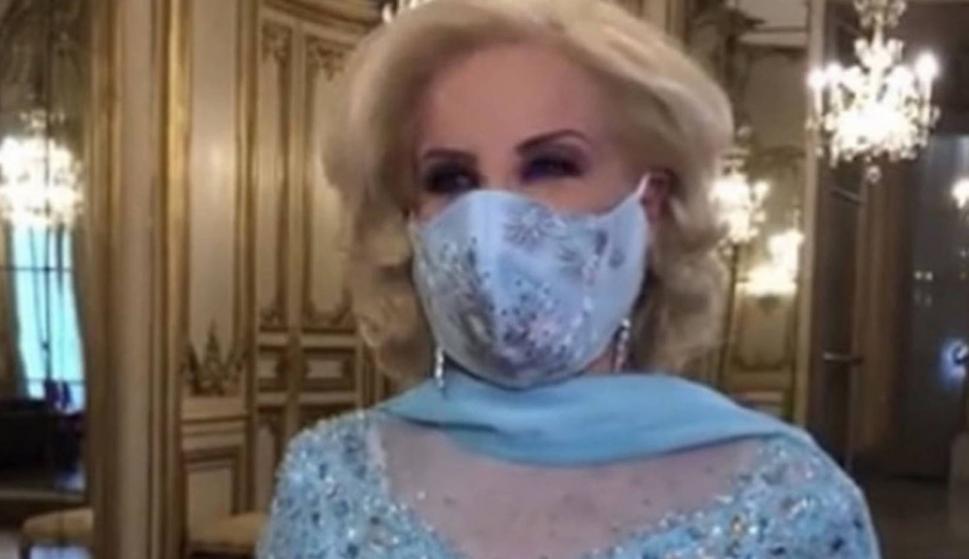 This time, there were no rumors or reports. She herself was in charge of announcing it: Mirtha Legrand returns to television in 2021.

The diva, who has already received the third dose of the vaccine against COVID-19, attended the presentation of the film The Gucci house. There, in dialogue with Guillermo Andino, the host of the event, he made the unexpected revelation: “In December, I’ll do one or two shows to say goodbye to the year“.

Mirtha, who is replaced in her two cycles of the thirteenth, Having lunch with Mirtha Legrand (which is seen here on TV) and Mirtha’s night, for his granddaughter Juana Viale Since the pandemic was declared, he said that it is not yet defined whether his return will be on the evening program or on the Sunday. “What do you guys prefer?” He asked the audience present.

Andino took advantage of the fact that Coco Fernández, eltrece’s production manager, was also there and asked him directly about the channel’s plans. “Whatever Mrs. Mirtha Legrand decides,” replied the manager.

“We will see, we will see … Let’s enjoy tonight, that we are all, we are well, we are healthy and we are happy,” Chiqui came out gracefully.

This will not be the diva’s first return to her historic table. At the end of 2020, after almost a year of absence and confinement in her home, she was one of her granddaughter’s guests, along with her daughter Marcela Tinayre. On that occasion, Amber de Benedictis, Viale’s eldest daughter, made a surprise appearance, so that – for the first time – the four women of the family, from four different generations, were shown together in front of the cameras.

It would take several months for Mirtha to regain the role of hostess. At the end of August, Viale traveled to Europe with Ámbar and, due to the measures in force at that time, had to seclude himself at home when he returned. So Mirtha accepted the challenge and took over the program.

After that moment, Legrand made the news for a fact that alarmed everyone: the 94-year-old diva began to suffer discomfort on Wednesday, September 29 at night and, after a review by her personal doctor on Thursday morning, she was transferred to the medical institution where they carried out different studies. There they detected a coronary problem, for which Legrand had to undergo an intervention in which two stents were placed. After 12 days of hospitalization, she was finally discharged.

Then came the legislative elections, and Mirtha did not want to be absent, but this time she made a decision that drew attention: she did not want to speak to the press, a custom that the driver has always maintained. Many also noticed some difficulty when walking.

Legrand herself undertook to clarify the reason for that inconvenience. In dialogue with Pía Shaw, in The angels of the morningHe stated: “I have some difficulty walking because I have been in bed a lot. The bed kills. I’m there, lying down reading and watching TV, very comfortable ”.

Mirtha Legrand announced that she is returning to television this year: I know the details

Mexican actor Alfonso Zayas dies of respiratory arrest
What does Laura Bozzo live on now
The return of He-Man, the end of Ozark, the reboot of Gossip Girl and an abrupt cancellation: all th...