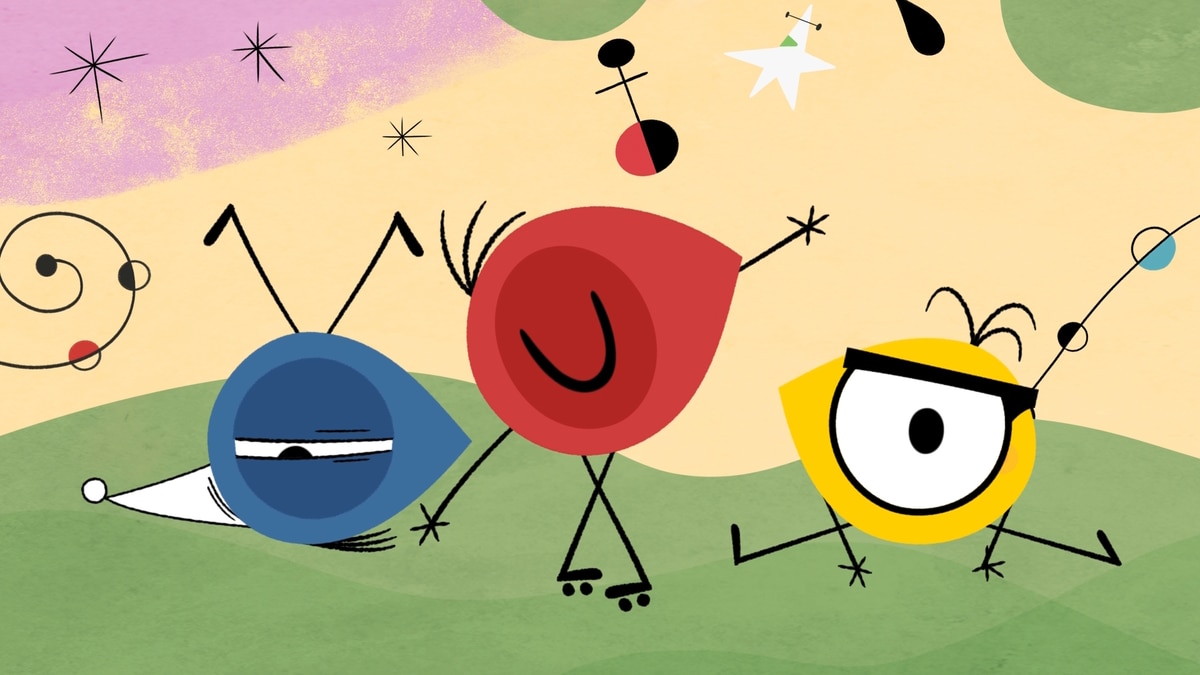 Blue, Low and Ro are three cute little paint droplets that enter the paintings of the night at night. Joan Miró Foundation from Barcelona to live all kinds of adventures in Mironins. The animated series produced and directed by Mikel Mas Bilbao (Barcelona, ​​40 years old) and written by Celia Rico Clavellino (Seville, 39 years old) not only seeks to entertain but also to bring the work of the emblematic Catalan surrealist painter. The first nine chapters are available on the platform of the movie in the form of a medium-length film until August 26, as part of the virtual edition of Atlántida Mallorca Film Fest and will soon be available at RTVE, TV3 of Catalonia and In Punt of the Valencian Community.

Rico indicates in a telephone interview that the series focuses more on the possible readings that young minds can make of the paintings than on giving a more academic and artist-focused explanation. “Miró’s work is so extensive and varied … Each painting has an infinity of elements and gives you the possibility of imagining,” says the screenwriter. Each chapter, which is about five minutes long, focuses on a play, with Blu, Low and Ro meeting with the can of Dog barking at the moon, riding horses in The farmhouse or juggling in The circus. “I can no longer look at Miró’s paintings without imagining them full of mironins,” says Rico with a laugh.

Mas Bilbao recalls that they were concerned about the limitations of focusing the entire series on the work of an artist, but realized during its development that the vast imagination of the Catalan surrealist has given them a lot to work with: “We put the pilot chapter on it. to a group of children and then we began to put pictures of Joan Miró on them and it was incredible what they explained to you. The work of Celia and Cristina Broquetas, the other scriptwriter, has been a bit like that ”. Rico adds that, for her and her partner, the starting point has always been the play. “It’s about seeing painting from the point of view of fascination, putting logic aside and letting yourself be carried away by creativity,” sums up the writer.

A Catalan venture of surreality increased

Mas Bilbao explains that the colorful protagonist trio was born in 2013 from an activity book created by Anna Carretero, Marcela Hattemer and Anna Purroy, employees of the Miró Foundation. “At that time I was working for the institution and it seemed like a very original idea, a few drops of paint that bring art closer to children,” says the director. The plan, he explains, is that Minonins It is a creation available in different media and the next step is an augmented reality application that allows Blu, Low and Ro to act as guides for visitors to the Barcelona museum.

“We are already working on the application,” says the producer. “We get an ERDF fund through a community that we have formed where the Joan Miró Foundation will be, the Pompeu Fabra University, the Technology Center of Catalonia and several companies dedicated to augmented reality ”, indicates Mas Bilbao, who describes how, instead of reading a legend or listening to an audio guide, visitors will be able to see the characters running between the paintings thanks to the magic of mobile technology.