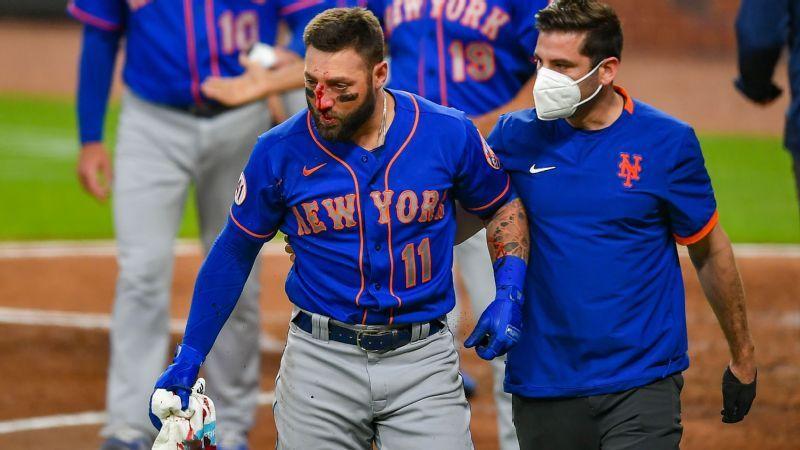 The New York Mets reported Tuesday that the outfielder Kevin Pillar suffered multiple nasal fractures from the ball he received in the face Monday night in a game against the Atlanta Braves at Truist Park.

“He will meet with a facial specialist in Atlanta to determine next steps,” New York said in a press release.

In the seventh inning of the game the Mets won 3-1 on Monday, the reliever Jacob Webb he hit Pillar in the face with a fastball at 94 mph. The player bled profusely while being cared for on the ground, but walked into the cave without assistance and was later transferred to a local hospital.

The player later posted a message of encouragement on his social media, informing that he was fine.

With the victory in the first game of the series against Atlanta, a divisional rival, New York broke a streak of three setbacks and with a 19-16 record they dominate the East Division of the National League for one game, despite having on the list of injured several of its stars.

“It was a very difficult time for the whole team and we are praying that everything goes well with Kevin,” Dominican manager Luis Rojas said.

“I think our team has handled all the adversities that we have faced with injuries very well. I like the aptitude of the team, the boys continue to excel in difficult times and that makes me feel proud,” he added.

In his first season with the Mets, the outfielder is hitting .247 with two home runs and seven RBIs in 27 games and 77 at-bats. An outfielder of extraordinary defensive qualities, Pillar is hitting .262 in nine years in the major leagues.