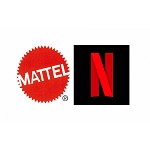 Mattel TV, the company’s film division, and Netflix are teaming up to launch the new animated series Masters of the Universe: Revelation, which will premiere worldwide on July 23.

Mattel and Netflix join forces for the new Masters of the Universe series.

Cline Ricaud, head of marketing & digital for Mattel Spain and Portugal, has commented that we are very proud to be able to announce the return of Masters of the Universe this time through the big screen, as well as the launch of the new line of toys and other consumer products. With this type of content, Mattel continues to bet on offering consumers new ways to experience and learn about their favorite brands. With this launch, the toy and entertainment company maintains its goal of creating stories that bring its brands to life.

Comments to the article / news