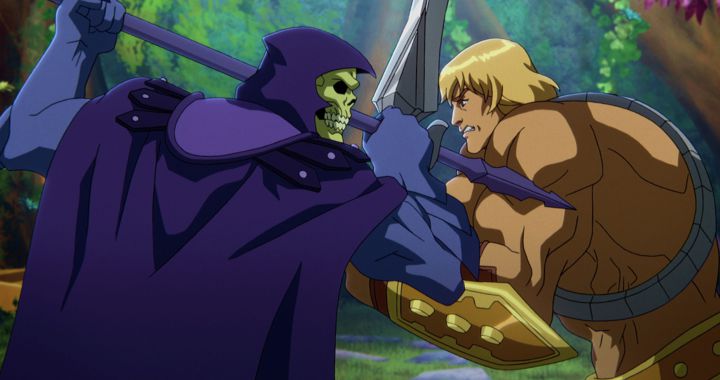 In 1982, Mattel created a powerful new world of games and, like a flash of lightning, it became an instant cultural phenomenon: The Masters of the Universe. It was a tale of warrior goddesses, savage minions, cosmic enforcers, lords of destruction, allies and enemies as powerful as Skeletor.

And at the center of this mix of science fiction and fantasy was He-Man, a heroic barbarian with a magic sword, trying to do the right thing in the world. Today, almost four decades later, the power is back, hand in hand with Mattel TV and Netflix, with the new animated television series, Masters of the Universe: Revelation.

The Masters of the Universe, across the toy line, television, comics, and more, resonated deeply with children of the 1980s who identified with its core message that everyone has the power to become the best version of themselves. themselves.

In addition, the toymaker has announced in parallel the launch of the new Masterverse collection, which includes six action figures with highly detailed designs. Figures feature at least 30 points of articulation for extreme skill and come with unique accessories for each character. For example, He-Man and his Power Sword and shield; and the armor and helmet of the Battle Cat figure.

“We are very proud to be able to announce the return of Masters of the Universe this time through the big screen, as well as the launch of the new line of toys and other consumer products“They explain from Mattel Spain and Portugal.