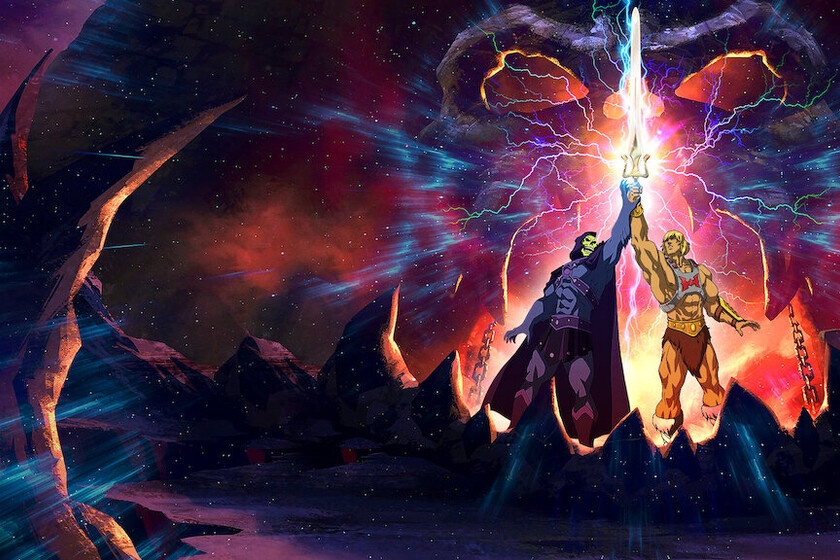 Controversy why? It is clear practically from the second episode of this very brief first half of the five-part season. And it’s a shame that the series is aimed at the less friendly generation of fans who experiment with their childhood myths, because ‘Masters of the Universe: Revelation‘is a series that wants to be enjoyed with the eyes of a child. Technically impeccable and with a use of lore From the very clever franchise, ‘Revelation’ is aimed at the fandom who doesn’t get mad at anything and who doesn’t mind putting the Free Entry sign on their treehouse.

The problem, clearly enclosing “problem”, is that both He-Man and Skeletor disappear from the scene as soon as the series begins. The first chapter elaborates everything we hope to see: the song of “I have the power”, the appearance of a large number of secondary characters, a couple of iconic settings and a plot that seems to come out of the eighties series, with the innocent romp between identities of Prince Adam and his alter-ego, He-Man. And it immediately frustrates him dramatically.

Total third change in the second chapter, which introduces us to an Eternia where magic is a rare commodity and Teela, disappointed with what she believes to be a past full of lies, is an adventurer for hire. She will be in charge, with unexpected travel companions, to return Eternia to its times of glory. Therefore, heresy: the protagonist of this first half of the season is Teela. A Teela, moreover, of more realistic proportions than the eighties, lesbian, with shaved hair and not dressed like a stripper.

However, it is a necessary swerve to tell the story you want to tell: an Eternia without He-Man and Skeletor is not necessarily an Eternia devoid of heroes and villains. It’s just that the heroes and villains aren’t the expected ones. But nevertheless, ‘Masters of the Universe: Revelation’ is not a dark, gloomy, Zack Snyder version of the classic series: Netflix’s proposal is still a great adventure series (better than the original, in fact, which had multiple deficiencies and has aged fatally) and that squeezes the possibilities of the lore of Masters of the Universe.

For it, Kevin Smith has set up a monumental goldsmith work in which all the characters have a narrative coherence within the series. As any fan of the Masters of the Universe knows, you could not ask the franchise for wisdom in the eighties (and that was part of its wonder, of course): Mattel created dolls based on commercial criteria (imitation of other successes of the line, cost-saving designs) and the series tried to include them in its narratives, sometimes better and sometimes worse. In ‘Revelation’, that mixture of heroes and villains is better digested.

The series is developed in the form of a search, which allows the variety of scenarios and the encounter with very different characters. That not only allows a multitude of secondary to make their appearance (from Orko to Roboto, through Beast Man or Moss Man), but also to reformulate enemies such as a magnificent Tri Klops (voiced by Henry Rollins!) turned into wacky techno-preacher.

Or even insert very complicated characters into the narrative that fit the He-Man stories, such as the ghostly Scare Glow. OR the entire plot of Preternia, with characters outside the continuity of the original series, like He-Ro or King Grayskull, out of the great series ‘He-Man and the Masters of the Universe’ of 2002, and that are part of a kind of collection of He-Man multiverses. Only the presence of this alternative fauna shows how far the series is made for fans without complexes in mind.

Y all framed in an excellent animation, a huge dubbing (from Mark Hamill to Sarah Michelle Gellar, through Lena Headey and the secondary ones, all are fantastic) and some renewed designs, but that respect the classic air of plastic dolls and exploitation between Conan and Star Wars. Unfortunately, many will stay on remote-controlled issues such as the “progressive agenda” and the little respect for the strict lyrics that the series shows, when ‘Masters of the Universe: Revelation’ achieves something much more complicated: to give coherence to an impossible world without losing innocence along the way.