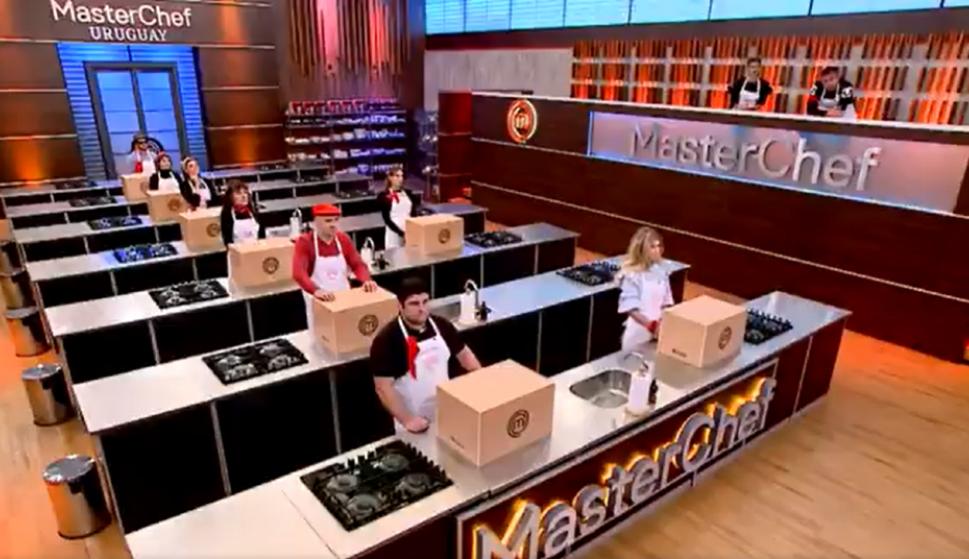 “They already had their baptism in the kitchen and now it is their time to grow up,” said Laurent Lainé, one of the three jurors of MasterChef Celebrity 2, at the beginning of Tuesday’s broadcast. With the absence of Robert Moré “for not feeling well,” explained Ximena Torres, the Red Team competed with 10 participants.

The first challenge of the most recent installment of the culinary contest of Canal 10It was quite a surprise. “Your defiance is hidden in this lectern,” Lainé announced in his thick French accent. “Are you ready guys?” He added before presenting a cake of Sponge Bob. Immediately, laughter was mixed with amazement, although the slogan seemed simple: imitate the cartoon design as closely as possible.

Before starting the test, Sergio Puglia announced that this would be an instance of pairs. And what was the criterion for dividing the participants? The jury left the responsibility to Juan Andrés “Gordo” Green, who stood out in the red team’s debut test thanks to his Japanese fried chicken.

“I never thought I was going to say this, but: you have 15 minutes to draw Sponge Bob“Puglia commented with a smile. As soon as the test began, it was agreed that, in the end, the design thing was not going to be that easy.” You have to calculate how much the shirt occupies, how much the nose and eyes, “said Damiani .

Infante, who at the beginning of the broadcast assured that he had arrived to show his fresher side, had several spaces to get smiles. “This is ugly Sponge Bob, but beauty is inside “, commented the comedian. And she was quite right, because the character’s eyes and nose were worthy of a meme.” I see him as a warrior; It seems that it comes from the Tropy or from South America, “Nieto added.

The pair of Ramos and Morán achieved an interesting result. “He’s cute,” Puglia told him about the rare detail on her character’s eyelashes. “It is that he is a Bob who lives in a diverse world and puts on makeup,” the actress launched.

Without a doubt, the best performance was that of the duo formed by Escudero and “Pato” Sosa. They achieved the most faithful design and were saved from the elimination test. Of course, there was no lack of jokes towards the ex-footballer, who repeated the night on the balcony.

A brownie with unexpected ingredients

The rest had to immerse themselves in a challenging test: cooking a brownie with chocolate bars and a dough of vegetables. For that, they had to open the mysterious boxes in their kitchens, which hid black beans, zucchini, sweet potatoes and zucchini.

During the sixty minutes of this test, there was everything. Infante cut himself again (as in the last broadcast), Pita had problems with the consistency of his plate, Ramos dropped the brownie a few minutes before delivering the plate and several participants helped each other to streamline processes.

Celebrities will have to prepare a dish based on the classic brownie! 😉👨‍🍳 To ensure a delicious flavor they will have to prepare it with @kitkaturuguay😋🍫 And another mysterious must-have ingredient! 👀#MasterChefUY @canal10uruguay | @pugliainvita @ XimeTorres8 @elfranchuteji pic.twitter.com/2IZnFNUjwO

The first to pass were Morán and Denis, who had to cook with sweet potato. “The texture is good, although the orange syrup is excessive,” Puglia told the actress. In the case of the No Te Va Gustar musician, there were several accolades. “You dodged one of those stumbles that happens a lot at work,” Torres said. “It is very rich, it has a very good moisture and intensity of chocolate.” But the real key to winning over all three jurors was the use of a pinch of salt, which balanced each flavor. He almost got a “Hallelujah!” from Puglia.

Then it was the turn of Infante and Verde, who had to cook with zucchini. “The result is that you had fun and had a good time. The dessert is nice, I liked the mix between chocolate and pepper,” Torres said. Verde’s dessert generated a small discussion about the use of dulce de leche. “We don’t feel the zucchini because the dulce de leche kills everything; you have to manage texture, flavors and the degree of sweetness,” said Puglia. “It’s a poorly made dish,” he added irritably after Torres tried to defend Verde’s recipe.

Later, it was the turn of Pita and Nieto, who had to work with zucchini. “I am very ashamed to have them test the plate like this,” said the rally driver. “I know it’s a kick in the chest,” he said, on the verge of tears, after the jury was not too convinced with his result; is that he abused the nuts to compensate for the low consistency of his plate. “Nobody is going to eat you a dish like that. It’s not good,” Lainé said crudely.

The case of the former singer of Karibe with K was different. Guided by his daughter’s recipe, he decided to do without butter (“The ABC of pastry,” according to Torres) and although it had a good presentation, it did not achieve a favorable result. “I played it with love and would do it again,” he said.

Lastly, Madrid and Damiani came forward with their black bean brownie recipes. “I feel a mixture of shame and tranquility because I did what I had to do,” said the singer, who later revealed, with tears in her eyes, that her grandmother had died that same day. “While he was cooking he was processing everything, and it was not easy,” he added before performing an a cappella version of “When it begins to dawn,” his grandmother’s favorite song. Despite getting a “It’s crugggdo!” de Lainé, won applause from the rest of the participants and the jury, who thanked the “courage” of having gone to the filming during that difficult time.

Madrid faced criticism from the jury for the “impressionist” aesthetic of its plate and for the cooking of the dough. However, Puglia highlighted her orderly way of working and her ability to adapt to circumstances during the process.

The first participant to overcome this elimination instance was Denis Ramos, who achieved the best dish of the night. “You thought about the flavors and textures, you stood up when you had fallen; watching you cook was a pleasure,” Torres told him before letting him go up to the balcony.

Those who did not have the same luck were Patricia Pita, Gerardo Nieto and Jose Damiani. “I wanted to send them a message by telepathy so that they would be calm, because I knew that I was going to go,” said the singer. In the end, his prognosis was correct. “Jose, what you did today is brave. You came with that beautiful smile that characterizes you despite this moment and that is why we want to give you a round of applause,” Torres said.

Josefina’s brownie was the least successful tonight. 😩🍫 But without a doubt he leaves with a beautiful tribute to his grandmother! 🙌☺ He gets a lot of applause for his bravery. 👏👏#MasterChefUY @canal10uruguay | @pugliainvita @ XimeTorres8 @elfranchuteji @bbva_uruguay pic.twitter.com/ijjaMzwdwi

After the warm greeting of his companions, Damiani said goodbye to Masterchef Celebrity 2 interpreting again “When it begins to dawn”, but this time with his guitar. “There was a tremendous atmosphere, I felt as a family and I feel happy and proud for having given everything for my grandmother,” she said to close this new edition of the culinary reality show with an extremely emotional moment.