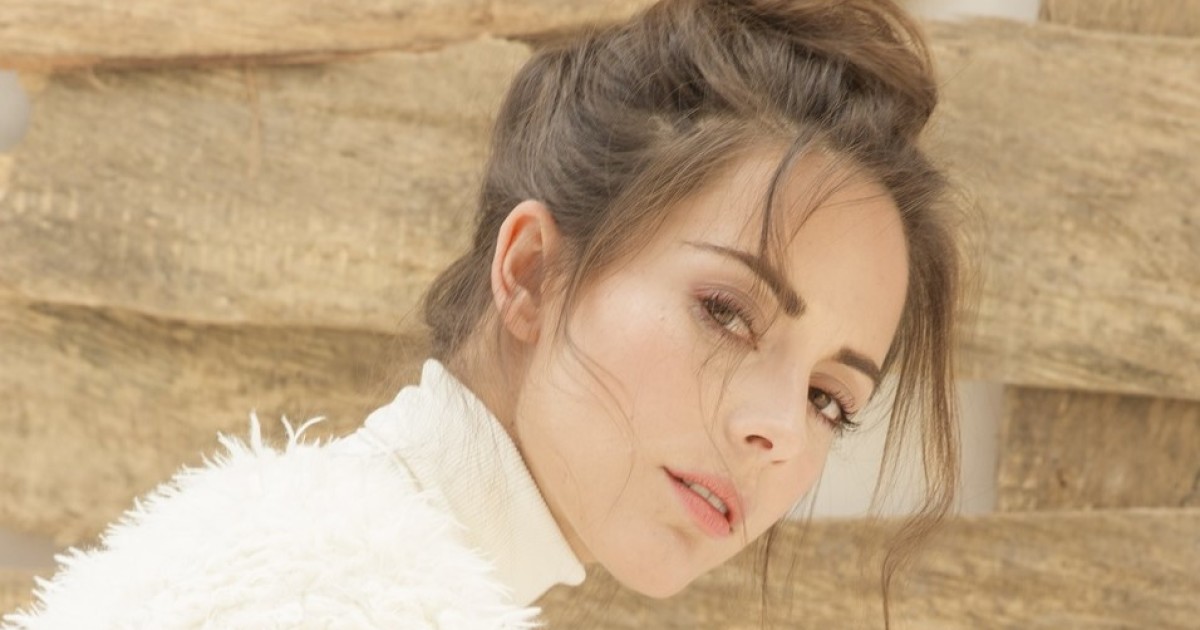 “MalaYerba”, the new series on the PantaYa platform, tells the fictitious story of three friends (or at least acquaintances) who, after suffering different setbacks, decide to venture into the medical marijuana business, taking advantage of the new legalization of this modality in Colombia, the country in which they live.

The idea may not sound better, but along the way, they themselves will face unforeseen circumstances and enemies that will complicate things, as María Elena Camargo, the Ecuadorian-Colombian actress who plays Mariana, explained to us during a recent interview. of the partners of the new company.

Camargo became known for his participation in soap operas such as “Verano de amor”, “En otra piel” and “Bajo el misma cielo”; But later, she began to look for a place in completely different projects, which led her first to “Warrior”, a series of martial arts and times done in English, and now to “MalaYerba”, which undoubtedly represents an important step in her career.

In the Zoom interview that you can also see in her video version here, the interpreter talks about the challenges of filming this television production, about her own experiences with psychotropic substances, about her social interests and the new direction that has taken her. given to his life.

María Elisa, I understand that the series was initially going to be called “Cannabica”. Is this so?

Yes, but it could not be done due to rights issues. Anyway, the name “MalaYerba” has a lot of ‘punch’, because we are not talking about medical cannabis as a bad thing. On the contrary; We are promoting it as something ‘cool’, as what it already has to be, without being associated with drug traffickers.

The ‘weeds’ are us, who are involved in dark things to be able to earn this seed that makes us so relevant in that market. It also represents the controversy of the matter, but watching the series, you realize that our perspective on this wonderful substance is much fresher, modern and forward-thinking.

There are already governments that are legalizing it, but I still feel that the conversation in the street and with the parents continues to be condemning, and all because that is what the pharmaceutical companies and the institutions that are favored when one is sick want it. They want to get it into our heads that cannabis is very bad, when it is very good and does not have collateral effects.

“MalaYerba” is a ‘thriller’, yes, but it has nothing to do with the value judgment of cannabis. Medical cannabis is one more character, and behind him, there is a human story of each of these characters, which are exquisitely drawn.

Here in California cannabis is now free of taboos, which allows you to empower your life with the benefits that this plant gives you, because even recreational – which I have used socially – activates compassion, at least in me; and that seems to me to be something very beautiful. In this world of capitalism and egos, one is smeared with dark things, competencies and insecurities, and something that reveals that empathy is something very spiritual, regardless of whether it is medicinal or recreational. Before, I myself questioned my consumption; Now, I love that they associate me with this, that such a wonderful and powerful plant comes out in the posters of the series and that I can be speaking openly about this.

You have already given statements about the use of other substances, such as ayahuasca, which produces a much more intense experience and which is also questioned by many.

For me, ayahuasca, peyote, mushrooms, and cannabis are sacred plants. It is incredible what the planet gives you, sprouting from the earth. Now they are finally starting to use them as therapy for people who are dealing with terminal illnesses, with those who are in jail with life sentences and with those who fear death. Legality is determined by errant beings like us, who make decisions by proxy, for so many corrupt things that have nothing to do with what is right and what is wrong. And that is why I dare to say it, as much as my audience is more traditional, more old-fashioned.

I am a very happy girl, a fulfilled and complete woman who does not need a partner to define her happiness. Nor do I need to be working all the time to show that I am successful. I am doing very well, and that is partly due to my family, my dad and my mom, who raised me with so much love and so much support; but I have also found in these cognitive tools my spiritual education, beyond any church and any doctrine that has been determined by human beings with hidden agendas.

That doesn’t mean I do this all the time; They are very specific events that cleanse your soul, that reduce your ego, even though I don’t have specific traumas. They are very different from the momentary rush of a nugget and other entertainment drugs.

You come from the world of soap operas, where it was practically forbidden to talk about these issues, at least in a positive way. And many of your followers still have certain expectations of you. For example, a few months ago, you uploaded a message of support to the protesters in Colombia on Instagram, and messages of rejection were immediately unleashed that do not occur, for example, when you upload photos in a bikini (to which, of course, I offer no opposition).

With political things it is always very complicated, and since I am not the most studied or the one who is always aware of the news, I try not to get too involved with that. But that I do a post about Gay Pride, and that the negative comments are more than the positive ones at this point, it seems completely unheard of.

How can technology be advancing so much while not even a pandemic has managed to raise the same flag as human beings? How can it be that we continue to fight over race, sex, and identity? That is why I support these types of substances, because I believe that we all need a dose to understand that universal love is the answer to everything.

Social media sometimes gives you the opportunity to understand where we are as a society. Those same people who do not let me make a comment about tolerance or Black Lives Matter are the ones I want to reach with “MalaYerba”, to see if they can open their eyes a little and understand that one has to love, regardless of what they think about life.

I know that during the quarantine you made a futuristic film recorded by Zoom, “Pandemonium.” But how did the pandemic go on a personal level?

I don’t mean to say that it was hard for me, because I know of people who really had it that way; but yes complicated. I was here in Los Angeles, which is quite an isolated city for someone like me, a Guayaquil from a Colombian family who lived in Ecuador, Colombia and Mexico City. Latinos attach importance to human connections; to friends, family, the ‘hangeo’ and the ‘patch’, as they say in Colombia. In LA, everything is work and competition, and that’s why there are so many miserable people [por aquí].

I went through the pandemic alone; well, with my kitten, thank goodness. Later I began to see two people who took care of themselves the same as me and who were like the family that one chose in those circumstances. I am an only child, and I stopped seeing my parents for a whole year; they live in Guayaquil even though they are Colombian.

I had the opportunity to do things like “Pandemonium”, where one of the members of my pandemic ‘family’ made the cameras for me; and as soon as we started to emerge from the pandemic, I had the opportunity to go back to work. Interestingly, my year of lean cows was 2019, when I decided to stop and start saying no to projects that represented the same old thing, even if it was good money. I decided to knock on doors in projects where it was going to cost me more to find validation, so they were not what was expected of me; and “MalaYerba” is the first materialization of that dream.