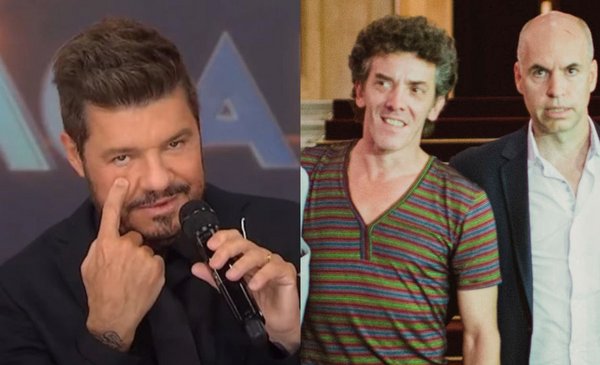 Maximiliano Guerra put aside the ballet and landed in the world of politics at the hand of Patricia bullrich and the PRO. Marcelo tinelli, for his part, took advantage of this situation to slide a chicane against the dancer when, in ShowMatch, flattered the jury Hernán Piquín.

The stick occurred when the driver of El Trece introduced the last member of the jury, Hernán Piquín, and was full of praise for him. “Loud applause for the best Argentine dancer of the moment and years ago”, The businessman began.

“By God, if no other has come out. Where are they? I see the others … what do they do, talking about politics? This one dances!”, Launched the television presenter with his typical humor, to finally give way to Piquín.

The conflict between Tinelli and Guerra

Maximiliano Guerra and Tinelli were involved in a controversy at the end of 2019, which coincidentally also included the current Showmatch reality jury. That time, and through Twitter, the director of the Mercosur Ballet called the Dancing a lie.

Maxi Guerra based those comments with a piece of news that initially indicated that Tinelli’s production had not fulfilled the dream of remodeling a school in Corrientes, which was represented by Piquín in the 2014 contest.

Marcelo came out to deny that version, clarifying that the realization of that “dream” had been promised by the dancer and not by the production, and the medium that disclosed the fake news corrected what was published. After saying that he got in touch with the authorities of the Corrientes school to help, the Cabezón indicated: “All the dreams they won in Dancing have always come true.”

Guerra ended up retracting and apologizing, and Tinelli ended up sending him an affectionate greeting on the bird’s social network.

Maximiliano Guerra joined the ranks of the PRO

Maximiliano Guerra He has long since detached himself from his side as an artist, put aside his dancing shoes and has already launched himself fully into the world of politics. After his appearances with Patricia bullrich and other referents of Juntos por el Cambio, the ex-icon of the Argentine ballet confirmed that his affiliation to the PRO is now official.