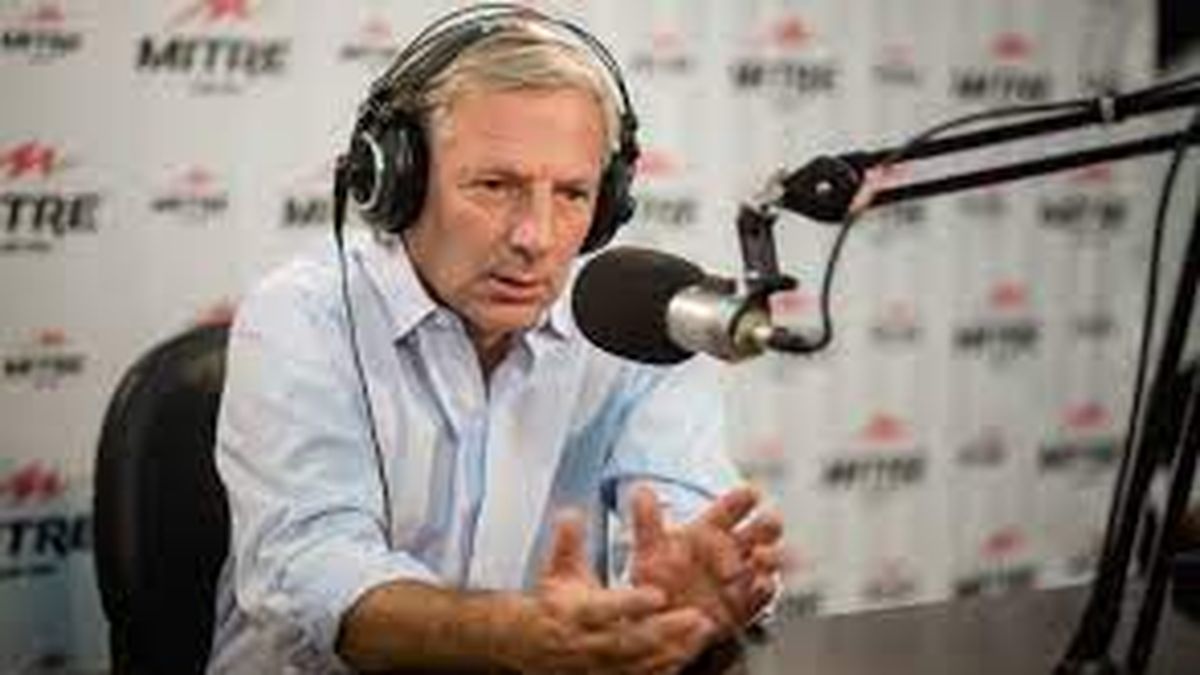 And he confirmed: “I have decided to retire from conducting the program 21 years ago. Our accountant dials 5406 programs. It has been and is the audience leader since its debut in 2001 on Radio 10 and 9 years on Miter, which is the most important in Argentina due to its current status and history. Many people, listeners, colleagues, friends, have questioned me. They have asked me how it was possible for me to make such a determination. I am going through a great moment in my career, it is very ugly to talk about one but I have no remedy. I apologize. As it has never been seen before, I have the support, affection and respect of all the directors of this radio station, who are many, too many for me alone. I count on the love, affection and respect of my colleagues and listeners, who have been extremely generous with us for so many years ”.

“Paradoxically all the answers are connected with a success. I have worked in various media and they have always fired me. This return I throw myself, let things go. It is a very complex decision to make, very traumatic, the product of very deep personal questions. All of us aspire in life to be something, to be a leader of something. It doesn’t matter what. From a radio, factory, grocery store or family. We aspire to that, we try to be something. I had the enormous privilege of accomplishing it. I have lived with this situation for many years. I know the positive side of success, of leadership, the responsibility that this implies and I know each and every one of the complex and difficult aspects. You guys too, we have lived them together. I have enjoyed all this very much and have been very happy during these 21 years. But it seems to me that 21 years is enough. I’ve been thinking about it for at least two years, “the journalist deepened.

And he added, visibly moved: “Since August I’ve been thinking that something must end well in a country where if we look at the processes, the things that happen, outside of people’s private lives, public things end badly. At the same time, as we all know, the world is changing and it is changing at cosmic speed. Everything changes, when one tries to understand one change, another has already occurred. As a few days ago the New York Times stated “this is not a crisis, it is an era.” We are all changing our vision of things, improving our values, modifying our way and relationship with life itself. The pandemic is a change of era. I want to change with the times and change is very challenging, very stimulating and I hope, it is the first time that I am going to say this, I hope it is inspiring for me and other people ”.

“21 years of success is successful enough, much more than I would have imagined as a producer of Miter in the 80s. I have been more successful than I had imagined. At this time, as everything changes, you have to know how to let go of things so as not to be a slave to the past, as the song of this morning says. Sometimes you have to let things go so as not to ruin them, “he explained.

“Every Morning was the program that the Martín Fierro de Oro obtained for the first time. It was awarded the first Martín Fierro de Oro that APTRA delivered to the Argentine radio station. I was distinguished by the Konex Foundation as the best radio journalist of the decade. The National Academy of Journalism, for my work at Radio Miter, named me as one of its very few members. I am honored by that. I owe a thanks to Joaquín Morales Solá and Jorge Fontevecchia ”, he continued Marcelo.

And he highlighted the directors of the station: “I am very grateful to all the authorities of Radio Miter. I have had many bosses and I want to mention them, despite the discussions and tense moments: Jorge Porta, general manager, Rubén Corda, Guido Valeri, the good boss, and a lesser-known person, Hernán Vilaplana, who is extraordinary and I love him very much. . They have allowed me to work in absolute freedom and I am grateful for the effort they have put into the last three months to reverse my decision. I’m sorry to have disappointed you for not being able to deliver ”.

“I am grateful to all my colleagues at Miter. We have built a personal and professional network that is key to the success of this radio. We have told a story from morning to night. The buildings, the facilities, the antennas are worth zero. The only thing that counts is the role of the person. Jorge Fernández Díaz, to the Leuco, Diego is like a kind of son, who wrote me this message, for me it is a pride: ‘I am going to miss you a lot, you were so generous, human, container and strict, I owe you a lot and you I’ll always be grateful for it, ‘”the journalist closed.