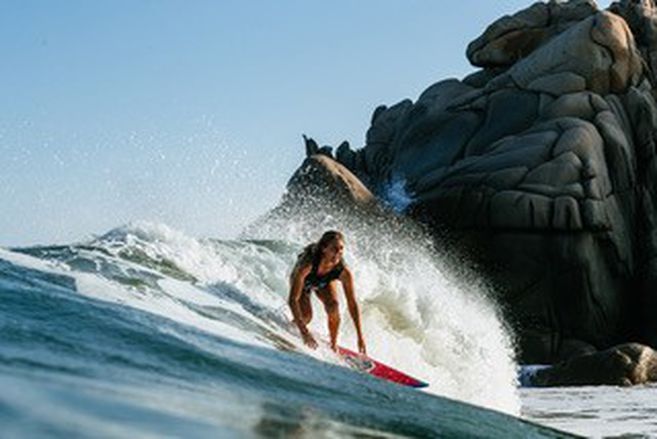 “Make or Break,” the new seven-part documentary series provides behind-the-scenes access to the world’s best surfers as they battle for the world title on the World Surf League (WSL) Championship Tour (CT).

The Apple TV series will premiere globally on Friday, April 29, and has received an early renewal for a second season, with production underway during the current competition season.

(We recommend: Will Grant Gustin replace Ezra Miller as The Flash in the movies?)

“Make or Break” takes a deep dive into the aspirations, challenges, accomplishments, and personal lives of the surfers competing to stay in the 2021 elite men’s and women’s WSL Championship Tour (CT), and brings viewers on a journey to stunning surf spots around the world.

The documentary follows the 2021 competition, sailing as the league responds to the global pandemic, while exploring the dynamic culture of surfing along with current issues such as diversity, mental health and the physical impact of the sport.

(You may be interested: Morgan Freeman stars in a non-fiction story)

The docuseries is produced for Apple by Box to Box Films in association with WSL. Executive producers are Oscar and BAFTA winner James Gay-Rees (“Exit Through the Gift Shop,” “Amy”), BAFTA nominee Paul Martin (“Formula 1: Drive to Survive”) and WSL CEO Erik Logan and Ryan Holcomb.

“Make or Break”, series that follows the best surfers, comes to Apple TV