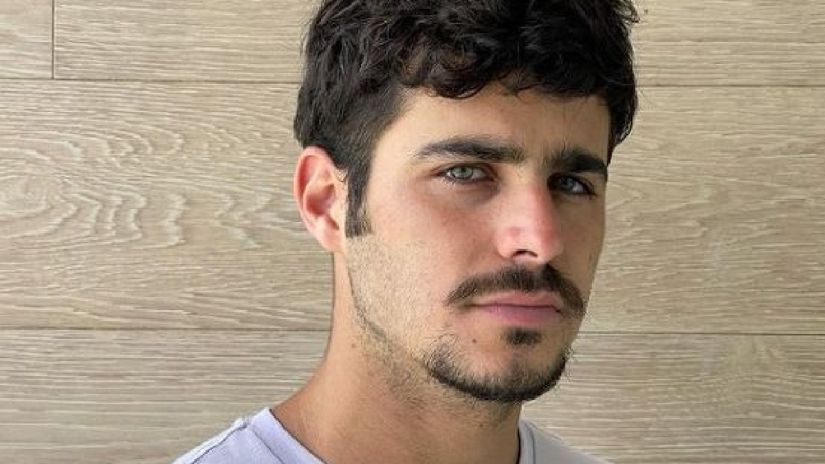 “Luis Miguel, the series“ It will premiere its third season this October 28 on Netflix. In this new installment will unveil more secrets intimate of the singer, but also there will be new actors who will play the most important people in the life of ‘Sun‘. One of the new faces that has been added to history is Mauricio Abad, a young Peruvian actor who has put himself in the shoes of ‘Sergio Basteri‘, the brother minor of the artist.

These new chapters will talk about the intense love story that Micky lived next to Mariah Carey, but we will also know what happened to ‘Sergiño’ after moving to Spain to take care of the press and live next to his paternal grandmother.

Since the news became known that Mauricio Abad would be part of the cast of the third season of the netflix series, many have begun to wonder who he is and in this note we will tell you everything about our compatriot.

Who is Mauricio Abad?

Mauricio Abad He is a 24-year-old Peruvian actor who a developed much of his career in Mexico. He started as a model at 16 years old and the first casting he did was for “This is war Teens“However, he was not selected, but this experience gave him the opportunity to meet the person who would soon become his manager.

This contact connected him to be a model at Fashion Week and then he began to prepare as a model to develop his career internationally, so he had the opportunity to travel to Mexico and did not think twice.

In an interview with the newspaper Trade, Mauricio Abad said that he studied communications, but this was not what he was passionate about, so he began to process a work visa for the Aztec country and that is how he left with the idea of ​​staying six months, but he is already living 5 years in Mexico.

As soon as he arrived in this city, he enrolled in Televisa’s CEA and while he was a student, he received the proposal to pass casting for a new production by Pedro Damián and that is how he managed to win one of the leading characters in the telenovela “Like: Layenda “, a remake of” Rebelde “that was released in 2018.

After the success he achieved for his talent and experience in Mexico, Mauricio Abad was summoned by ProTV to be part of the cast of the telenovela “Princesses” and he put himself in the shoes of ‘Felipe’, one of the main characters in this story that premiered in 2020.

Then he returned to the Aztec country to be part of the telenovela “What’s wrong with my family?” on Televisa, but thanks to fate he managed to meet this other challenge in his career.

In the middle of the recordings of this Televisa soap opera, Century He had the opportunity to pass casting to be part of “Luis Miguel, the series” and without a doubt, he succeeded, but as habitaul has already become the actor, he had to juggle to be able to be in both recordings and always comply with his commitments.

Mauricio Abad has revealed that he couldn’t believe that she had been cast as “Sergio”; but at the same time he is happy to be part of this great project that could catapult him to many other series and films in Mexico and abroad.

The third season of “Luis Miguel, the series” It will premiere this Thursday, October 28 and we will know more details about the life of the Mexican singer and his family.

“Luis Miguel, the series”: Who is Mauricio Abad, the Peruvian actor who will be Sergio Basteri?