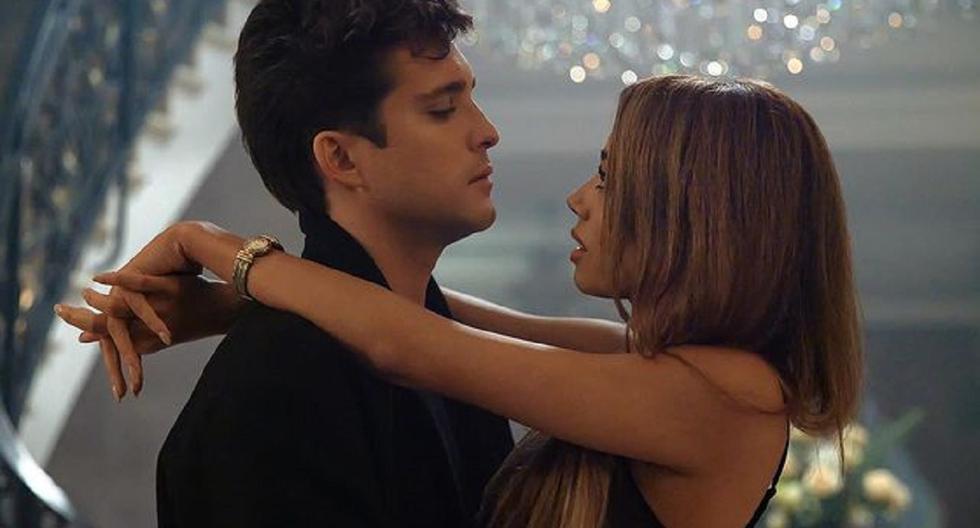 On October 28, season 3 of ‘Luis Miguel: the series’ on Netflix. This new season, he will finish telling us the last musical stage of ‘Sol de México’ and important passages from his personal life. From the first chapter, we were surprised with a new girlfriend of the singer. This is a Russian woman, but who is she in real life? Next, we present the following information that we have for you.

In several scenes that take place in 2017, we see ‘Micky’ in the company of his partner named Stevlana and played by actress Anastasia Sycheva. This new character has caused curiosity in fans, waiting for more information about her.

The appearance of Stevlana could make a real reference to the Polish Kasia Sowinska, the first known stable relationship since Luis Miguel separated from Aracely Arámbula and with whom he lived a sounded romance since 2013.

The singer of “When the Sun Heats Up”, met Kasia, model, host, and singer, in 2012, although the courtship began some time later, when she joined his group of showgirls. A review from that time published that Kasia had managed to give him the emotional stability that he longed for so much and, even, his relatives assured that they had not seen him so happy for a long time.

Kasia studied Journalism and Political Science at the University of Warsaw. After finishing her preparation, she worked as a host for MTV and was a backup singer for the group The Pussy Cat Dolls. In addition, he also had an appearance in the Polish edition of Playboy.

‘Luis Miguel: the series’: what will we see in T3?

As is customary, weeks before its premiere, Netflix He took the opportunity to launch the official trailer for season 3 of ‘Luis Miguel: the series’. In the advance of this it can be confirmed that in this new part of the history of the ‘Sol de México’ we will see how was the romance he had with Mariah Carey, which lasted three years and was very media at that time.

In the images, which were quickly leaked on all social networks without exception, it is observed how Luis Miguel he is in one of the most remembered concerts of his career dressed as a mariachi and in the background sounds “La Bikina”. After that, Diego Boneta, an actor who plays ‘Micky’, can be heard answering a call from the American star. Are you going to miss it?

Luis Miguel, The Series: learn more about the Russian bride that is part of chapter 1 in season 3