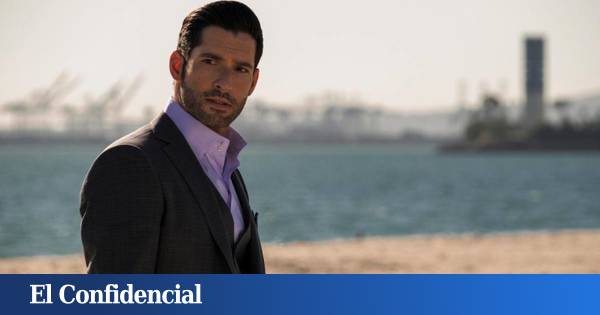 We face the change of the month with a new batch of series premieres from the most popular streaming platforms. Netflix brings us the end of ‘The Kominsky method’, the comedy starring Michael Douglas, as well as new episodes of ‘Lucifer’, which returns to close its fifth season.

Probably one of the most striking premieres is that of ‘Parot’, the police thriller headed by Adriana Ugarte that premieres Amazon Prime Video this Friday, May 28. Disney + I bet you ‘Rebel’, drama inspired by the figure of the lawyer and activist Erin Brockovich that can be seen through her STAR service.

Discover the most striking releases for the next seven days on platforms such as Netflix, Amazon Prime Video, HBO Spain or Disney +.

Nine months later, the remaining eight episodes of the fifth season of the series arrive on Netflix. In them, we will see Lucifer (Tom Ellis) deal with a new character: God Himself, played by Dennis Haysbert.

‘Lucifer’ has become one of the most popular Netflix series, which rescued it after its cancellation by FOX. Despite the success of this new stage, the company has already announced that the sixth season, which we will see in 2022, will be the last.

The final season of ‘The Kominsky Method’, the comedy created by Chuck lorre, responsible for emblems such as ‘The Big Bang Theory’ or ‘Two and a Half Men’. The series returns with an important loss, that of Alan Arkin, the co-star of the series along with Michael Douglas, who will not appear in the final episodes after the death of his character.

This Italian series is back, a free adaptation of the famous novels by Federico Moccia. The fiction follows the romance between Summer (Coco Rebecca Edogamhe) Y Alessandro (Ludovico Tersigni), two young people who live on the Italian Riviera.

At the end of the first season, the couple went their separate ways after Alessandro’s departure to Spain, but the official trailer tells us that they will meet again. However, the emotional situation of both is now very different. It is expected that the new season will be inspired by some plots of the second novel of the saga, ‘I want you’.

Amazon Prime Video premieres on May 28 this ten-episode miniseries, which we will also be able to see soon on La 1 de TVE. The series starts from the repeal of the Parot doctrine, which led to the release of numerous criminals in 2013, to develop a fictitious case: the appearance of a serial killer who begins to kill those released. Inspector Isabel Mora, played by Adriana ugarte, is in charge of investigating the crimes.

Created and written by Lauren Oliver based on her own novel, this youthful phenomenon that became an international best-seller comes to Amazon Prime Video. The plot takes us to a high school in a small town in Texas, where students compete in a very dangerous contest called Panic. In it, each player must overcome their darkest fears to win a large sum of money.

HBO premieres in our country ‘Birdgirl’, the new animated series of Adult Swim, the faction specialized in animation for adults of Cartoon Network. It is a ‘spin-off’ of the series ‘Harvey Birdman, lawyer’, issued two decades ago.

Follow the adventures of Judy Ken Sebbe / Birdgirl, the daughter of Phil Ken Sebben, the owner of the superhero law firm Sebben & Sebben, where superheroes work. When her father dies in an accident, Birdgirl will have to take over the business while continuing to fight crime.

Krista Vernoff, ‘showrunner’ of the last seasons of ‘Grey’s Anatomy’, directs this original series of ABC Studios in which Katey sagal (‘Sons of Anarchy’) gets into the shoes of Annie ‘Rebel’ Bello, an unlicensed lawyer willing to do anything to defend the causes she believes to be just.

Those responsible for the series have confirmed that the character is inspired by Erin brockovich, the famous environmental activist played by Julia Roberts on the big screen.