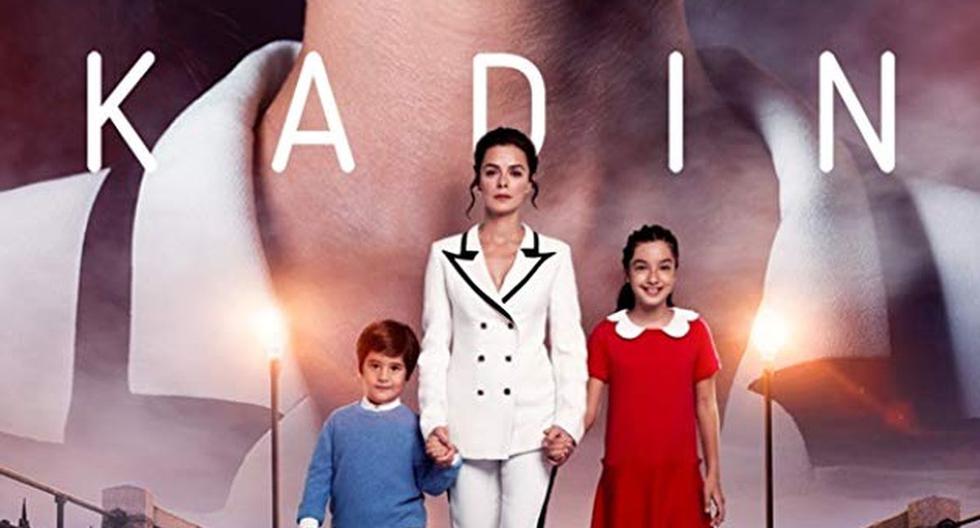 The Turkish series “Sen Cal Kapimi“, Known in Spain as”Love is in the air”, Not only has it been giving a lot to talk about because of the stories that we can all see in this production that has managed to hook thousands of followers, but also the two protagonists Eda and Serkan have become a trend due to their antecedents before entering the world of the performance.

MORE INFORMATION: Hande Ercel, meet the family of the protagonist of “Love Is in the Air”

It should be mentioned that “Love Is in the Air” has had great success with which it has managed to position itself as one of the favorites of the public and after the resounding rating achieved in its first season, since last June 9 the second installment has been broadcast on Turkey.

But far apart from this great success the story of the actress Hande Ercel who at 27 has become famous by playing Ed; and of Kerem Bursin (33) who plays the role of SerkanThey are in the eyes of thousands of followers because before becoming famous they had to face various complex situations and obstacles in their personal life.

But that was not all, well, they have also been the target of criticism for being entering the world of acting.

MORE INFORMATION: “Love Is in the Air”, Selin, is she really pregnant with Serkan?

Before her successful role as Ed, Hande Ercel The path to enter television as part of the cast in soap operas and series was not very easy. Given this, she considered it important to first enter the world of fashion when she was still a teenager.

She took her first steps in that profession as a photography model, starring in reports and photo shoots for press advertising and style editorials. When he came of age he was given the great opportunity to participate in a renowned catwalk in Turkey.

She always had a discreet profile, despite the fact that she was already recognized for appearing in magazines, reports, reports, among others. Years later she would enter television and that is how when she was commissioned with the first characters to be interpreted by the actress, she was severely criticized due to a hypothesis that she managed to be in those productions because of her beauty.

The beauty and weight of Hande Ercel

Critics on the matter considered that Ercel She could never be taken seriously by series or telenovela production houses because she had previously been a model, arguing that the world of acting requires years of preparation.

Another point for which she was seriously criticized was her weight. This is because in his childhood photos of hande You could see a curvy girl with a rounded face, but that all changed when she entered the world of fashion. There she had a radical turn and so far she has a slim and slender figure.

Currently in her social networks, her followers applaud and support her in all the activities she does, highlighting that she is a healthy woman, with personality and very professional.

The famous Serkan He is another of the actors who from a very young age went through a different childhood, since his father for work reasons took him with his mother to different cities and countries constantly.

One of his last residences was in the state of Texas (United States), where Kerem Bursin it made their friendships more lasting and important. In that place he also began his studies in Dramatic Art and was next to artists who were starting in the world of Hollywood.

Over time he was able to star in small roles in short films and commercials. His luck would change when he met a long-standing Turkish producer at a work event.

The return of Kerem Bursin to Turkey

This person managed to convince Kerem to return to Turkey and be part of national series that had international projection. This offer was very well taken advantage of by the actor who took a flight to Istanbul, but one of his big problems that he had to face was that he could not have a basic conversation in Turkish, because he spent a lot of time away from his homeland.

In 2013 he participated in a series called Waiting for the sun, which would lead him to stardom, but he was not yet fluent in the local language.

This brought him many inconveniences for which he was forced to take private Turkish lessons, but it was not easy, so much so that he thought to leave everything and return to state United, but he received the support of his fellow cast members who stayed with him after making the recordings to boost his learning of the language.

“LOVE IS IN THE AIR”: WHAT IS THIS WEEK’S SCHEDULE

Although last week Telecinco broadcast the Turkish series “My home, my destiny” on Monday night and on Tuesday “No man’s land” was deleted to give priority to “Love is in the air”, this time the first night of the week will be occupied by Cine 5 Estrellas with the Cinderella film.

Therefore, fans of the Turkish series will be able to continue discovering more details of the love story of Eda and Serkan this Tuesday, July 6. This after the meeting between Spain and Italy.

As announced by Telecinco, “Love is in the air” will begin its broadcast on Tuesday at 11:00 pm, after the semifinal of the Eurocup. However, it should be noted that a penalty shoot-out could delay the start of Turkish fiction.

If this does not happen, the main chain of Mediaset España will be able to emit the rest of chapter 109. Then, it will emit complete chapter 110 and could emit a part of chapter 111.

Anyway, we must remember that all these episodes can already be seen through the group’s payment platform, Mitele PLUS, where episodes 112, 113, 114 and 115 are also posted. This Monday, 116 will also be uploaded.

MORE INFORMATION: “Love Is in the Air”, what is this week’s schedule of the Turkish soap opera